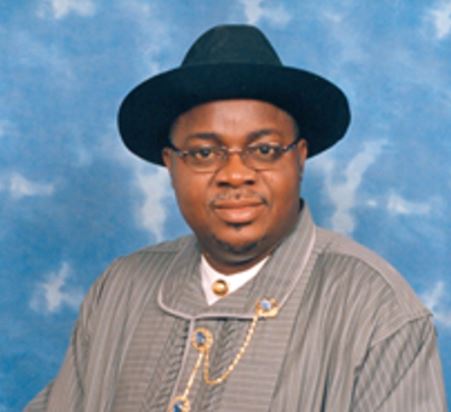 People’s Democratic Party member, George Sekibo has been removed from his senatorial position as the representative of the people of Rivers East through a court injunction.

The Rivers State Elections Petition Tribunal for National and State Assembly sitting in Abuja Yesterday declared Chief Andrew Uchendu of the All Progressives Congress as duly elected Senator for Rivers East.
In declaring Chief Uchendu Senator-elect, the Tribunal held that the 1st Respondent (INEC) cannot pick and choose which results to accept in an election that held on the same day. Recall that the electoral agency had declared Hon Chidi Wihioka and Hon Byke Wanjoku of the APC as duly elected and returned for Ikwerre/Emohua Federal Constituency and Ikwerre State Constituency respectively but failed to declare the results of the Senatorial election which held simultaneously.
The Tribunal wondered why INEC failed to collate the results of the areas mentioned above, especially in Ikwerre and Emuoha LGAs, when it has accepted and collated the results of the House of Representatives election conducted on the same date and time by the same INEC officials in the area.
The Tribunal accepted the responsibility of collating the results of the areas so ignored by INEC and arrived at the total score of 126,160 for Uchendu and APC and 84,000 for Sekibo and PDP.
Tribunal nullified the declaration of Sekibo and ordered INEC to withdraw the certificate of return issued to him. Tribunal declared Uchendu winner of the Election having scored the highest number of lawful votes cast and ordered INEC to immediately issue him the certificate of returns.
With this verdict which evolved essentially from the addition by the Tribunal of the undeclared results in the aforementioned areas having been satisfied that the Petitioner has proved his case from the credible evidence led by Petitioner’s witnesses, INEC would now issue Chief Uchendu, a former General Manager of the State-owned RISONPALM and three-term member of the House of Representatives, a Certificate of Return as duly elected Senator per the Order of the Tribunal.
The Tribunal also ordered INEC to immediately withdraw the Certificate it previously issued George Thompson Sekibo of the PDP.
It will be recalled that Governor Nyesom Wike had led other PDP Members to the Rivers East Senatorial District Collation Centre and forced the INEC returning officer to declare the Results without the one from Emohua Local Government Area.
Declaring the results at the collation centre, the Returning Officer for Rivers East, Prof. Orji Okumenkama, said Sekibo scored 93,098 votes to defeat the candidate of the APC, Chief Andrew Uchendu, who scored 34,193 votes.
How Tribunal Sacked George Sekibo From Senate and Declared Andrew Uchendu Winner was last modified: June 29th, 2017 by Arinze Ago