Home News Tricks Wives Use To Dominate Their Husbands
News 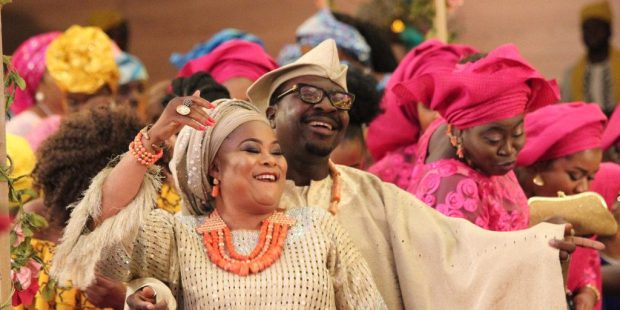 Many know that being in a marriage or making a marriage work is not an easy task these days. Both partners need to sacrifice a lot to make their marriage work. Many will tell you it takes patience, tolerance, being submissive and extremely prayerful to make a marriage work.

Men love women that are submissive, obedient, loving, caring, understanding and much more, forgetting that one good turn deserves another. Most often, their egos get in the way of everything and they strongly believe being the man simply means they should call the shots at home, while women only obey all the rules and regulations and also make the children do the same.

Though, some women who don’t understand how to go about this issue often revolt and this most times lead to misunderstandings and when it becomes frequent and occurs almost all the time the couple gets tired. The man concludes “women nag a lot and are not submissive”. While the woman concludes “men are too domineering and self-centred”.

The fact still remains that marriage is an institution where both man and wife keep learning different things daily and one never graduates from such institution.

Most women, especially the intelligent and smart ones which men consider submissive and very obedient are actually the ones in control of what happens at home. They only apply wisdom in doing this without making the men feel they are being controlled by them.

They deploy tricks that help them put their homes in order and also let the marriage work without stress.

First and foremost in other to make things work at home as a woman, it is very important to recognise your spouse’s personality. For any trick to work on any man, it is necessary to understand his mentality. Once you understand every aspect of his personality, after attaining self-realisation, if you put in any effort then you can recognise their personality easily, once this is done, it will be easier to deal with him lovingly without evoking any conflict.

Married men often turn down many demands made by their wives at home. The moment the first aspect is in check no matter how many No’s they say women know the right time and moment to still ask for that same thing and a Yes will be replaced with a No.

A lot of men are very rigid, because to them, that’s another way to show they are in charge and not weaklings. Despite being very rigid, wise women being more flexible to control them in the house without them even knowing.

The moment a man and woman are both rigid in the home, no positive result will be achieved about anything in the house, because it will always be a battle of supremacy. But being very flexible as a woman makes it very easy to achieve difficult tasks easily, ordinarily, things they will never give in to, will be done peacefully just by being flexible.

When talking to a man that believes he is a demi god, what you say, as much as the tone used matters a lot. Men like to be adored and worshipped. Once women adore and worship them, they suddenly become new born and at that particular time, even if you ask for their mother’s head, it will only take the grace of God for them to say no. Even the newly born, once they are crying and angry and as the mother, you sing and sing their praises they start to smile.

Men are equally like that too. It is easy for women to use their tongue and action to make or break their homes.

FINDING MIDDLE GROUND IN YOUR INTERESTS

It is natural to have different interests as a couple. Most wise women use the key “compromise” to make things happen without changing each other’s interests. Men detest women that want to compete with them as the head of the house. The secret behind how to make a marriage work lies in love and acceptance of each other and in the circumstances as they unfold. Women use common ground where the man has his way and they still get what they want to.

There are some men, no matter how hard-hearted they are, they can’t stand seeing their woman emotionally down. In a situation whereby women have tried all they have and they are not getting result. They often opt for emotional blackmail. With this, no matter how hard or rigid the man is, these women get their hearts melted with that, and at the end of the day, they get what they desire at that particular time.

Being a good and brilliant cook is another trick women use in marriage. They say “the way to a man’s heart is through food”.

TAKE IT OR LEAVE IT, IT REALLY WORKS

Women often prepare all their husband’s favourite delicacies when they want to make demands from their husbands, and cooking and putting him in the right mood is more or less a key to opening any difficult door. Men hardly say no, to request made at this particular period and the women on the other hand would have their way freely during these period.

Every man desires to be respected and treated like a king, especially in the presence of their friends.

Women get away with any and everything once she does this, even though she is just acting up. Men feel on top of the world when their wives accord them so much respect. They are always willing to go extra mile to do anything for such a women to reciprocate her submissive nature.

Men don’t joke with sex, so once they are married to a woman that gives them good sex, she automatically holds their mumu button. They become her toy that she can play around with any time and will do anything to always make her happy. Sex tends to be the greatest weapon women use in marriage and this is also the reason most men become a plaything to younger women outside if they no longer enjoy sex with their wives. But if a married woman still has her sex game intact, then she remains in control.

Tricks Wives Use To Dominate Their Husbands was last modified: August 11th, 2021 by City People

Why I Decided To Go Into The...