Home News Have You Tried CINNAMON? It’s Good. Go For It
News 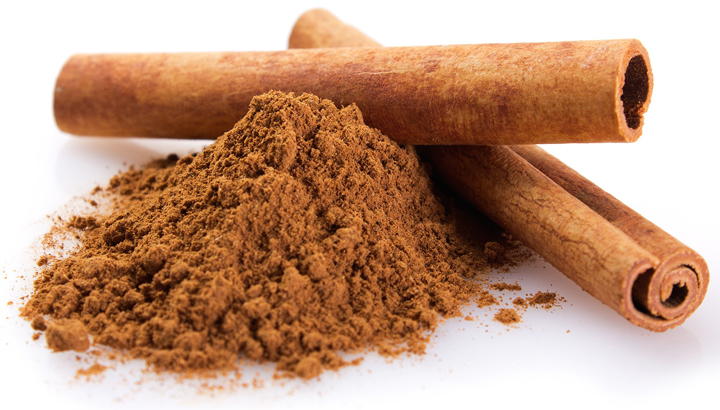 Wow, it’s Christmas already! Thank God for His unending mercies and grace over our lives. Welcome to your general health and well-being column..HEALTH- CHECK with Oluwabukunolami.. This week, we shall be discussing a herb known as cinnamon The medicinal uses of this herb are many. It is used to improve digestion and it is also used to provide relief from many digestive disorders such as diarrhoea, flatulence, and nausea.

Studies have shown that cinnamon has the ability to regulate blood sugar and this property makes it useful as a herbal treatment for diabetes. According to a recent study, just 2.5 ml of the herb a day reduced the level of blood sugar in those suffering from type 2 diabetes. It is also effective in eradicating yeast infections that have become immune to other medications. Consumption of cinnamon generates warmth in the system and as such is useful for people who have cold feet and hands. It is also beneficial for those suffering from arthritis. A study was carried out in which arthritis patients were given one tablespoon of honey with half a teaspoon of cinnamon in powdered form, every day before breakfast.

The participants in the study reported a significant reduction in the pain in a very short period of time.

It also helps get rid of common cold, flu and headaches.

Also, cinnamon has anti fungal and anti bacterial properties and is effective against the E.Coli bacteria that cause contamination in food.

Topical applications prepared with the herb can be used for healing minor skin infections.

The essential oil of the leaves has a warm and spicy fragrance that not only purifies the air but also reduces drowsiness and irritability.

It also serves as a herbal aphrodisiac and an anti depressant. However, the oil is to be used only for the aroma and it is not meant for internal or external use.

Cinnamon have anti-inflammatory effects, which may help lower the risk of heart diseases, cancer, brain function decline, and more. Researchers have identified over seven kinds of flavonoid compounds alone in cinnamon, which are highly effective at fighting dangerous inflammation levels throughout the body.

Because cinnamon lowers swelling and inflammation, it can be beneficial in pain management, with studies showing that cinnamon helps to relieve muscle soreness, Pre Mentrual pains, severity of allergic reactions, and other age-related symptoms of pain.

*Cinnamon has also been discovered to reduce several of the most common risk factors for heart diseases, including high cholesterol levels, high triglyceride levels, and high blood pressure.

The special compounds in cinnamon also helps to reduce levels of total cholesterol,  “bad” cholesterol and triglycerides. Cinnamon has also been shown to reduce high blood pressure, which is another threat for causing heart disease or a stroke.

There are even more heart health benefits of cinnamon.

Research has shown that cinnamon is a helpful blood coagulant and prevents bleeding by helping the body to form blood clots. Cinnamon also increases blood circulation and advances bodily tissue’s ability to repair itself after it’s been damaged. This includes heart tissue which is in need of regeneration in order to fight heart attacks, heart diseases and stroke

*Cinnamon can also help to defend the brain against developing neurological disorders, such as Parkinson’s and Alzheimer’s disease.

One way that cinnamon protects cognitive function and brain health is because it activates neuro-protective proteins that protects the brain cells from mutation and undergoing damage.

This further reduces the negative effects of oxidative stress by stopping cells from morphing and self-destruction.

Because cinnamon contains so many antioxidants and anti-inflammatory compounds that reduce the effects of aging on the body and brain, in the future we may see it being used as a possible natural therapeutic treatment or prevention for age-related neuro-degenerative diseases.

Studies have shown that the health benefits of cinnamon come from a compound called cinnamaldehyde which enables it to inhibit cancer or tumor growth and protect DNA from damage, while also encouraging cancerous cells to self-destruct .

This is especially true in the colon; studies show that cinnamon can improve the health of the colon, thereby reducing the risk of colon cancer. Cinnamon is now being investigated as a natural anti-cancer agent because of its strong antioxidant abilities, so in the future it may be useful to supplement with cinnamon extract for those who are at higher risks for cancer.

*Cinnamon is a natural anti-microbial, anti-biotic, anti-fungal, and anti-viral agent. The immune-boosting abilities of cinnamon are found in cinnamon’s essential oils.

Cinnamon is used in many cultures to naturally help fight harmful infections and viruses. Cinnamon oils also have protective abilities against various bacteria which can cause negative symptoms in the digestive tract, on the surface of the skin, and can lead to colds or the flu.

*Cinnamon has been  discovered to be protective against bacteria living in the oral microflora which causes bad breath, tooth decay, cavities, or mouth infections. The essential oil from cinnamon has been shown to be more potent than other tested plant extracts and can be used to naturally combat bacteria in the mouth, acting like a natural anti-bacterial mouthwash.

Similarly to peppermint, one of the health benefits of cinnamon is that it can also used as a natural flavoring agent in chewing gums due to its mouth refreshing abilities. Because it removes oral bacteria, cinnamon has the ability to naturally remove bad breath without adding any chemicals to the body.

For this reason cinnamon has also been traditionally used as tooth powder and to treat toothaches, dental problems, oral microbiota, and mouth sores.

Cinnamon essential oil is also used in some beauty products, shampoos, and perfumes for its many health benefits that can help with fighting infection while adding a pleasant smell.

Certain recent studies have concluded that cinnamon’s powerful anti-fungal properties may be effective in stopping or curing Candida overgrowth in the digestive tract.  Cinnamon has been shown to lower amounts of dangerous Candida Albicans, which is the yeast that causes Candidaovergrowth that can cause multiple digestive and autoimmune symptoms. Another health benefit of cinnamon is that it helps to control blood sugar levels, and too much sugar within the digestive tract is associated with increased candida risk.

*Cinnamon has anti-biotic and anti-microbial effects that protect skin from irritations, rashes, allergic reactions, and infections.

Applying cinnamon essential oil directly to the skin can be helpful in reducing inflammation, swelling, pain, and redness. Cinnamon and honey, another antimicrobial ingredient, is frequently used together to boost skin health and it is beneficial for acne, rosacea, and signs of skin allergies.

Studies have concluded that those with allergies can find relief thanks to the benefits of cinnamon’s compounds. Cinnamon has been shown to be helpful in fighting common allergy symptoms because it reduces inflammation and fights histamine reactions in the body. For the same reason it can also help to reduce symptoms of asthma attacks.

*Cinnamon also has immune boosting abilities and is beneficial for digestive health, which helps to cut down on auto-immune reactions that can take place after consuming common allergen foods.

Because of its naturally sweet taste, adding cinnamon to foods and recipes can help you cut down on the amount of sugar you normally use, thereby lowering the glycemic load of your meal. Cinnamon already has anti-diabetic effects that slows sugar from releasing into the blood stream which can help manage food cravings and weight gain, but using cinnamon for its taste is another added benefit.

One of the benefits of cinnamon over sugar is that it contains no sugar and no calories in amounts that it is used by most people, so its makes it an extremely healthy addition to many meals, especially considering its many nutrients.

Try using cinnamon in coffee, tea, baked foods, yogurt or in oatmeal instead of adding extra sugar and calories. This can help you to reduce inflammation-causing sugar, extra calories, and to fight weight gain, candida, diabetes and low energy levels.

*One of the less-known benefits of cinnamon is that it can be used to preserve food. Because cinnamon has anti-bacterial abilities and also acts as an antioxidant, it can be used as a preservative in many foods without the need for chemicals and artificial ingredients.

Cassia oil is very irritating to the skin and should be handled with care.

This is where we would be stopping this week. There are so many other uses of Cinnamon. Research is still ongoing to discover more uses .

As we say good bye this week,  we know  the Christmas is here and it is a period of merriment with lots of  eating and drinking but please eat and drink in moderation so that you don’t gain additional  weight which most likely will happen after lots of eating and drinking without caution. It is not good for your health and don’t forget, discipline is the watch-word for a healthy life.

Till I come your way again next week…I remain yours in good health, .. Oluwabukunolami.

Have You Tried CINNAMON? It’s Good. Go For It was last modified: December 24th, 2017 by Reporter