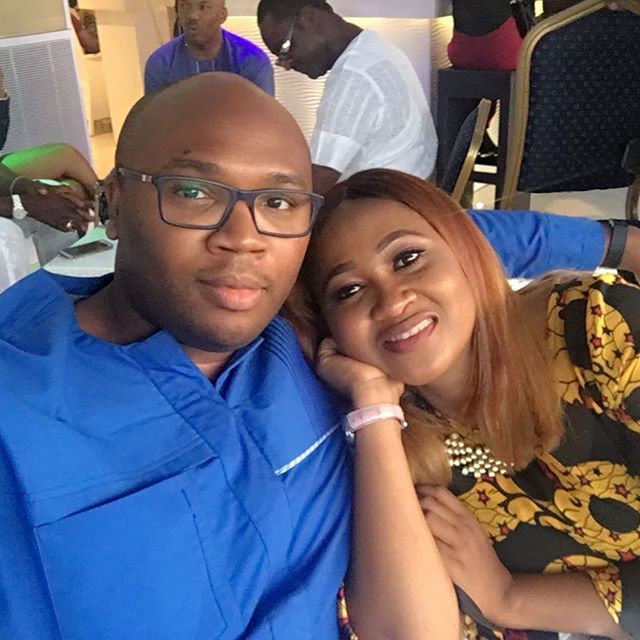 This is the story of a lovely couple called Jason and Mary Njoku. They are both successful business people. Jason Chukwuma Njoku is an entrepreneur, film magnate and African start up investor. He is the co-founder and C.E.O of Iroko Tv, a multi media company that provides paid for, on demand Nollywood content to audience world wide.

He is one successful person who has truly had a tough ride up. Before his mega success Iroko Tv. Jason had already tied his hands at other endeavours, all which failed sadly. Being one who has always been keen on building his own empire. He went on to start a magazine publication right after graduating from the university, he launched Brash Magazine, a student publication which ran for two years but sadly closed in 2005.

He went on to try other ventures, which all sadly did not yield much either. He started a blog network and then a T.Shit business and even a web design company but all failed. It got to a point, where he had to go back to living with his mother again, and that was when the ground breaking idea of starting Nollywood  online distribution business came to him. He came down to Lagos Nigeria, studied the Nigeria movie industry and then went on to purchase the online license of Nollywood movies.

He signed a deal with you tube and became the official channel partner for Nollywood company.

Jason Njoku has been listed on forbes as one of “Ten young African millionaires to watch” he was named as the CNBC. All Africa business awards young leader of the year for West Africa and also one of the fast company’s Top 1000 most creative people in business.

Mary and Jason Njoku got married in 2012, but before their marriage, while they were still dating. It was gathered that she told her hubby, that she would prefer by 40, to end up behind the cameral rather than infront of it, that was her dream, she always love strong telling.

Mary Njoku joined the movie industry over a decade ago, and she often took up “Wakapass” roles in movies, excepts for a movie titled “Blackberry Babes” which eventually shot her to limelight. After her marriage in 2012, she started working on a script which she eventually titled. “Festac Town” despite the fact that she was pregnant, she worked endlessly and was able to create 13 episodes for the series. In 2013, after the delivery of her first baby in the U.K, she returned to Nigerian and ventured into full time movie production, and that was how Rok Television was created. Between 2013 and 2014, she produced two strong movies titled. “Hazeezat”

She introduced meritocracy in Nollywood everyone gets a chance, and this became what differentiate Rok from others. It became a Sanctuary to talent whom many others wouldn’t give a chance. In 2016, ROK television was launched on DSTV and this ushered in new era for Nollywood and it became arguably one of the most successful channel launched in recent DSTv history. It performed so well, not only in Nigeria but also in U.K.

ROK won by focusing on new faces and new talents, within a short while Mary Njoku launched two more channels across Africa on DStv and also expanding to a go to audience.

Today, this very talented, hardworking and industrious screen diva is no doubt the most influential person in Nollywood

READ ALSO: HOW SEN. OLUREMI TINUBU BECAME A PASTOR IN REDEEMED •WHAT CITY PEOPLE FOUND OUT

FROM THE HILLS TO MARINA LAGOS (2) BY ERIC TENIOLA