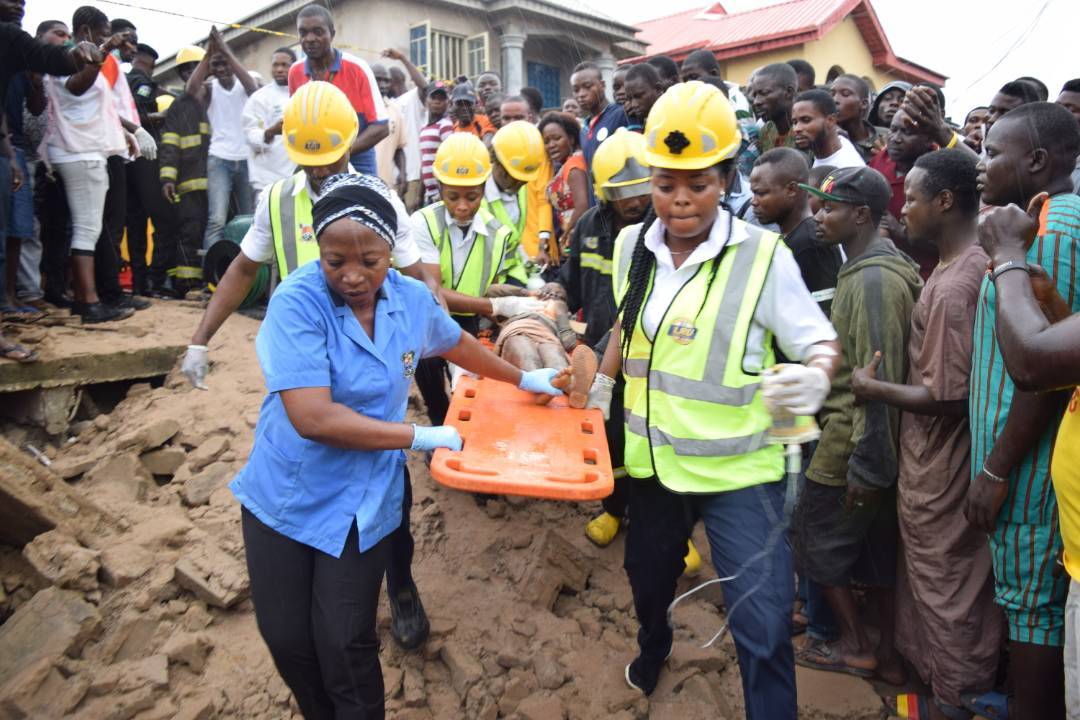 Two people died Saturday after a building under construction collapsed on them in Lagos, residents said.

The bungalow at No 7, Saidu Okeleji Street, Alaro, Meran, Abule Egba, caved in at around 11:48 a.m with sands and concrete block on its deck.

Three people were trapped under the rubbles, witnesses said, but only one person survived the incident.

The survivor, a five year-old-girl identified as Moyin, was moved to General Hospital Ikeja by the Lagos State Ambulance Service.

Their bodies were recovered and moved to the Mortuary by the State Environmental Monitoring Health Monitoring Unit, SEHMU.

Adesina Tiamiyu, the General Manager of the Lagos State Emergency Management Agency, LASEMA, said proper investigation would be conducted into the incident by the appropriate agencies.

Obasanjo: If Americans Can Vote For Trump, It Shows They Are Human Too