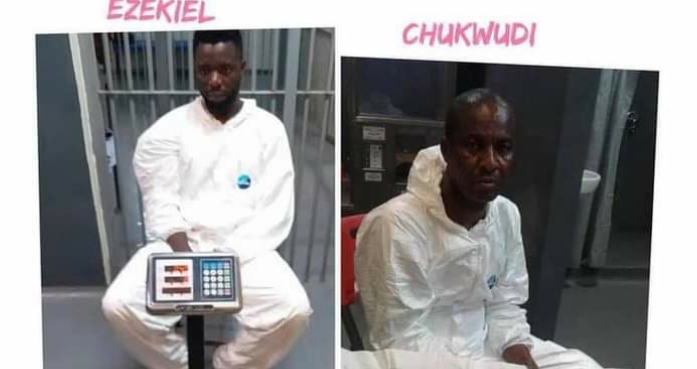 Two suspected drug traffickers arrested by operatives of the National Drug Law Enforcement Agency (NDLEA) in Lagos State have excreted a total of 191 pellets of heroin and cocaine while under observation.

Director, Media and Advocacy, NDLEA Headquarters, Abuja, Femi Babafemi, made this known in a statement on Sunday.

According to The Nation, Babafemi said the suspects, Chukwudi Destiny and Ezekiel Chibuzo, were arrested at the Murtala Muhammed International Airport (MMIA) Lagos.

Four clearing agents were also arrested in connection with 11.550kg of heroin found at the SAHCO import shed by NDLEA operatives.