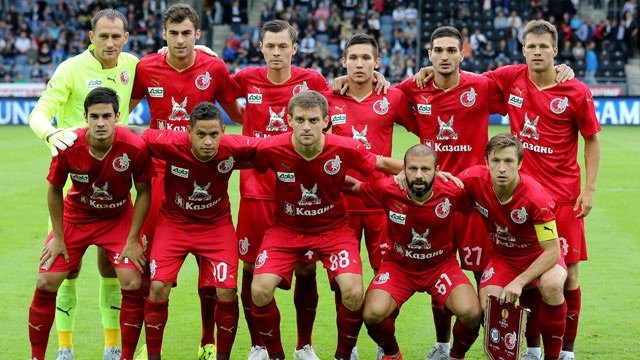 The Union of European Football Associations ( UEFA ), on Thursday, said that the Russian club Rubin Kazan has been banned from European competition for one season.

The ban is for breaching restrictions placed on the club under break-even rules known as financial fair play.

The European soccer body said in a statement that the ban would come into effect if the clubs qualify for Europe in the next two seasons.

“The club is excluded from participating in the next UEFA club competition for which it would otherwise qualify in the next two (2) seasons,” UEFA said.

It said that the decision was made “due to a breach of the Settlement Agreement” but did not give any further details.

UEFA introduced its financial fair play rules in an attempt to prevent rich owners from trying to buy success by pumping unlimited funds into clubs.

Under the rules, clubs are barred from spending more than their generated revenue.

Clubs who break the rules generally reach so-called settlement agreements with UEFA, where they accept restrictions on transfers and squad size for a given number of seasons.

The club did not immediately reply to a request for comment.