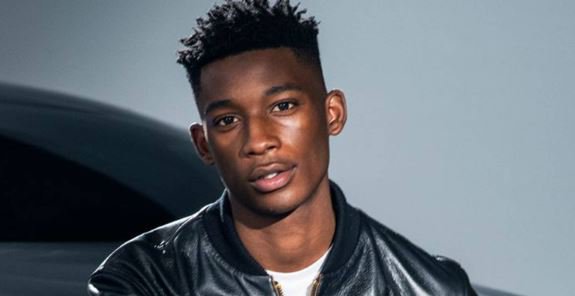 A Louis Vuitton model, George Koh, has been charged with the murder of a Nigerian-born London model, Harry Uzoka.

Uzoka had a successful modelling career. He was signed to London’s Premier Model Management and had worked for brands such as Mercedes and Levis.

Koh stabbed Uzoka in the chest during a confrontation in west London’s Shepherd’s Bush on January 11.

The jury at the Old Bailey Court on Monday found Koh, as well as his friend Merse Dikanda, guilty of murder.

Jonathan Okigbo, a personal trainer, was cleared of the murder charge but was convicted of manslaughter.

Koh was said to have been “obsessed” with Uzoka, tried to copy his look and had bragged about having sex with his girlfriend, Ruby Campbell.

The convicted model reportedly “wanted to be as famous as Uzoka.”

On the day Uzoka was stabbed, the two models arranged to meet up and “fight” to settle their dispute.

Uzoka received a message from Koh saying: “Where you I’ll come there n we can fight bring ur friends with u.”

He replied with: “Come Shepherd’s Bush.”

Koh came carrying two knives as he, Dikanda and Okigbo faced Uzoka and one of his friends, Adrian Harper.

Uzoka, 25, who was armed with a dumbbell bar. He collapsed and died in the street outside his Shepherd’s Bush home.

Koh, Okigbo and Dikanda will be sentenced on September 21.

INEC Budget: Saraki, Dogara Unsure of When NASS Will Reconvene