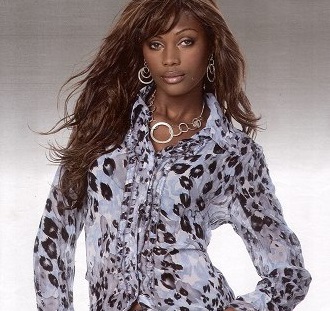 Do you feel it’s easy understanding women or you find doing so an uphill task? If you are a man, I guess your answer will be – it’s tough to understand women – isn’t it?

Some would say understanding women remains a mystery, though I feel women are understandable and undeniably the foundation of the world. Women are for sure changing roles and evolving, or rather, re-discovering themselves. It is bound to create some misunderstandings and confusion in everybody.

Gone are the days when a woman was supposed to be less than a man.
Women in today’s world are a paragon of total independence. Well, I don’t deny that there are exceptions of women who are still facing the harshness of life. Would you believe in some parts of the world women are still considered as lesser human beings, and more to be as things or objects?

The sad reality of many women around the globe today includes domestic violence, honor killing, prostitution, rape, degradation, and verbal abuse to name a few.But this fact cannot be ignored that things and people have changed with time, and so have women. Globally, women now strive and achieve real success, just like men.

Today’s women are raised differently. Each generation becomes more independent because women make more and more advances. Today women are strong and there are women that can do anything the men do, but they need to fight for their rights because women still don’t have the advantages men do.

In simple words, the women of the 20th and 21st century have had the brilliant opportunity to expand their philosophical, psychological, physical, and professional potential by obtaining their God-given right to become educated. An Educated woman who has absorbed the many different perspectives of life and society has all the possible things she would need to succeed. A woman who understands and appreciates her history, her health, her mind, and her body will not accept any form of abuse whether psychological or physical. A woman who analyzes things would never allow herself to deceit or defeat herself. Therefore, it is because we are now educated and free to learn as much as we want that you do not see stuff that used to happen back in the days when we were nothing but items on a married man’s checklist.

There have been huge changes for women in terms of employment in the past decades. With women moving into paid employment outside the home in ways that our grandmothers and even our mothers could only dream of. There is a small but increasing number of females presidents. Women are moving into jobs that used to be done by men only. Even these women working in factories or sweets-shops have more choice and independence than if they remained at home.

In many places, the increase in women working is simply driven by the necessity of having two wages to make ends meet. The problem that women face today is that they are expected to multitask. They are expected to raise a family, look after kids, and clean the house, and do the other odd jobs! And yet they’re expected to contribute to the family income. They even suffer emotionally as they have to leave their small kids at home, and stay out for long hours pursuing their careers and jobs.

Hats-off to all the single moms who are doing everything on their own-single handedly. The pressure to cope up with all these roles can result in anxiety, depression, stress and a loss of self worth. I can relate well to this because am also a single mom, and I know the struggle I go through being a single parent. Women we are hard workers strong and very patient.
For men, I’m sure you too agree with all that I mentioned above, after all you all have a woman of substance in your life, whether she is your mother, sister, wife, friend or granny!

It’s not difficult understanding women in today’s world. Just consider them equals, give them respect, love and rest will be easy. Women are meant to be loved not to be understood. Nature has given women so much power that the law has very wisely given them little.

Not only does a woman play multiple roles, but she also has diversified interests, multifarious skills and talents – that she’s no less than a superwoman today!

That was my personal opinion. I would like to have yours.
Okay, in your bid to understand today’s women I’ll make it easier for you; let me ask you a few questions that should get you thinking.

•Isn’t there so much confusion today about how women should order their life to gain fulfillment and satisfaction? Who decides what she does in today’s world? Shouldn’t it be the woman herself
•Can a woman be a wife, mother, and run a career as well? Should her career come first, followed by marriage, or should marriage be a priority over career?
•Should a woman always remain silent, only be a homemaker, bear kids and look after them? Will a career make her happy and provide her with a personal identity she seeks?
•Except in some dark parts of today’s world, women decide for themselves about who they’ll be, what they’ll do, and how they’ll live their lives