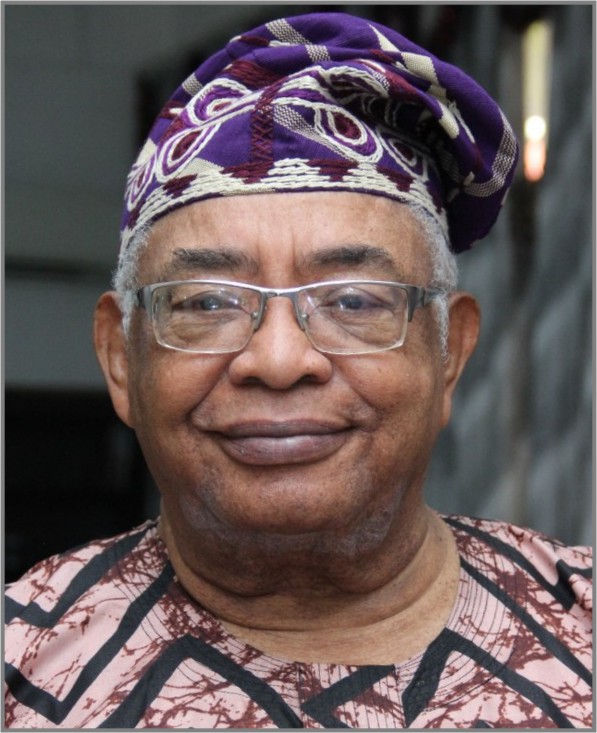 Do you know that, apart from Governor Sanwo-Olu and his Deputy, Dr Obafemi Hamzat, there is also another group of people who call the shots in Lagos? They not only run the state with Sanwo-Olu, but they also determine a lot of things in the State, especially in the area of policy formation that will impact the state. Call them the powerhouse or wise men of Lagos, you will not be wrong because this set of powerful men and women determine what happens in Lagos. In short, they determine how Lagos is being run day by day and sign off on major policies affecting the state. They are highly powerful and influential and no decision in Lagos can be taken without them.

This set of men belongs to the Governing Advisory Council, known as GAC. It is common knowledge that the affairs of political parties are managed by executives elected or chosen by their members, however, in the ruling All Progressives Congress (APC) in Lagos State, the highest decision-making body is the Governor’s Advisory Council (GAC).

The council was formed and headed by the party’s national leader, Asiwaju Bola Ahmed Tinubu, which consists of major stakeholders of the party within the state overseeing the affairs of the party. It takes major decisions such as the mode of primaries, candidates of the party in elections and even the executives of the party.

Asiwaju Tinubu, through the council, has maintained a firm grip on the structure of the party since he left the Alliance for Democracy (AD) on whose platform he was elected Governor in 1999 and 2003 to form the Action Congress (AC)which metamorphosed to Action Congress of Nigeria (ACN). ACN is one of the legacy parties that formed the APC in 2013.

This body consists of about 25 members both men and women. Unfortunately, about 24 are left due to the passing away of former APC Deputy National Woman Leader, the Yeyesewa of Lagos, Chief Mrs Kemi Nelson a few weeks back. Yeye Kemi Nelson who was at a time the only female amongst the GAC members was buried last week and members of this body stormed the burial services in honour of their departed member.

Omooba Muyiwa Sosanya, Prof. Tunde Samuel who is now late, Alhaji Tunde Balogun, the former Chairman of APC Lagos and Mr Wale Edun(Lagos former Commissioner for Finance. By virtue of their positions, Governor Babajide Sanwo-Olu and his deputy, Femi Hamzat are also members of the council.

As expected, GAC comprises elders of the party which provides direction for the party’s leadership in addition to solving knotty issues about the party. This set of men ensures that the constitution is followed in the affairs of the party where they usually deliberate on matters of importance and use dialogue and wisdom to resolve issues.

It was this council that first gave Governor Sanwoolu a nod for the second term. This set of men is also currently in the formation of the Asiwaju Bola Ahmed Tinubu (ABAT) movement working for the realization of Tinubu’s ambition of becoming the next President in 2023.

According to the council, “GAC is strictly a party organ. It is the gathering of elders of APC. It is made inclusive in the sense that the formation of those who are in the group are from the wards to the state. We have the Directorate headed by Oyin Danmole, the Deputy is Asipa Kaoli Olusanya.” These coordinators are assisted by six other people who have portfolios. In the 377 wards, there are coordinators assisted by six other people with portfolios,”. GAC is a warehouse of wisdom and knowledge for the progress of the state.”It is a council of advisers, a warehouse of knowledge and wisdom that people in government and the party can tap from. All of them in the council are mentors in their own right. If people are still wondering why Lagos is the shining light of the progressives, the answer cannot be too far from their activities. Some states are adopting the same process by bringing on board their experienced hands in terms of politics and governance,”.

Although their roles might not be recognised in the constitution, they believe it is very important for the success of APC in the state. Their appointment provides them with another platform to continue to provide flawless and experienced leadership to the state’s democratic growth. These are the men who work closely with Asiwaju Tinubu and even when they speak, they speak the mind of their national leader. In general, they are Asiwaju’s mouthpiece.