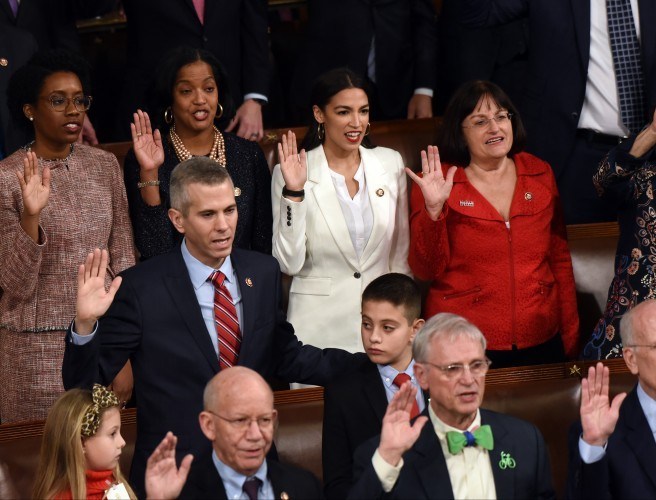 The Democrat-controlled US House of Representatives has voted to end a partial government shutdown – but the move looks certain to be vetoed by President Trump.

Mr Trump has said he will reject any measure that does not provide funding for his proposed US-Mexico border wall.

New House Speaker Nancy Pelosi said no funding for the wall would be made available.

The Republican-run Senate has said it may not even vote on the legislation, BBCreports.

Senate majority leader Mitch McConnell has said Republicans will not back measures that Mr Trump does not support and called the Democrats’ move a “total nonstarter” and a “political sideshow”.

The legislation passed by the House of Representatives would fund homeland security operations until 8 February and fund several other agencies until September.

The partial US government shutdown began when Congress and Mr Trump failed to reach an agreement over a budget bill in December.

Mr Trump’s Republicans had passed an initial funding bill including $5bn (£4bn) for the wall, when they still had a majority in the House, but they could not get the necessary 60 votes in the 100-seat Senate.

Democrats won the majority of the House in the November mid-term elections, and the new representatives were sworn in on Thursday.

“We’re asking the president to open up government,” Ms Pelosi told the Today show before the first session of the new House. “We have given the Republicans a chance to take yes for an answer.”

The president is due to resume budget talks with top Democrats and Republicans on Friday.