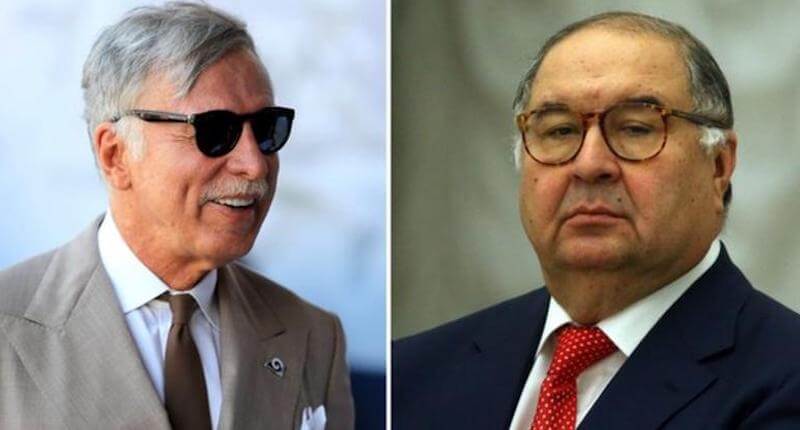 Arsenal shareholder Alisher Usmanov has said that he will accept rival Stan Kroenke’s bid to buy him out for £550m and take full control of the club.

American billionaire Kroenke owns 67% of Arsenal through his company KSE and announced on Tuesday he had made an offer to buy up the rest of the shares.

Usmanov has confirmed he has agreed to part with his 30% stake in the club.

“I have decided to sell my shares in Arsenal, which could be the best football club in the world,” he said.

Despite his shareholding, Usmanov is not part of the board or the decision-making at Arsenal.

The metal magnate made a £1bn bid to buy the Emirates outfit in May 2017 but this was rejected by Kroenke.

Kroenke’s offer to shareholders values the Gunners at £1.8bn. Acquiring Usmanov’s shares for £550m means remaining shareholders would be legally obliged to sell theirs to Kroenke.

The KSE statement to the London Stock Exchange said taking the club private will help to further Arsenal’s “strategy and ambitions”.

“KSE’s ambitions for the club are to see it competing consistently to win the Premier League and the Champions League, as well as the major trophies in the women’s senior game and at youth level,” it added.

Arsenal have a new manager in charge this season after Unai Emery took over from Arsene Wenger, who had been Gunners boss for 22 years.

In Wenger’s final season, Arsenal finished sixth in the Premier League as they missed out on the Champions League but qualified for the group stages of the Europa League.

The Gunners start their Premier League campaign against champions Manchester City on Sunday.

While Kroenke says taking sole ownership will benefit the club, the Arsenal Supporters’ Trust (AST) called the news “a dreadful day” for the Gunners.

“Stan Kroenke taking the club private will see the end of supporters owning shares in Arsenal and their role upholding custodianship values,” said an AST statement.

AST added that by becoming the 100% owner, Kroenke would be able to take “detrimental actions” such as paying “management fees and dividends without any check or balance”.

It added: “The AST is also extremely concerned to note that this purchase is being funded by a loan.

“The AST is wholly against this takeover which marks a very sad day for Arsenal football club.”