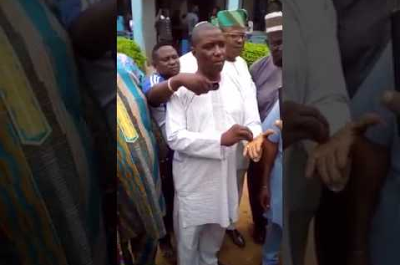 Mrs. Abimbola Alaka, wife of Chief Abayomi Alaka, alleged financier of Badoo killer gangs, has appealed to President Mohammadu Buhari, the Inspector General of Police and other stakeholders to rescue her husband and family from endless threats, embarrassment and blackmail from relatives of Badoo victims.  Alaka, who is on the run, has been declared wanted by the police in Lagos State.

Mrs. Alaka, while speaking with journalists from her hideout, said life has become very difficult for the family since her husband’s travail started. According to her, relatives of victims killed by Badoo cult are threatening to kill her and the children. “I can no longer move round freely. Some of the relatives of the victims are threatening to kill me and the children for something we know nothing about.

She added that due to unending harassment and embarrassment, known and unknown people who claim to be relatives of victims, her children were withdrawn from their schools in Ikorodu. She appealed to well-meaning Nigerians to please wade into the matter and stop the Lagos State Police Command from destroying the reputation of her husband

Ooni Of Ife Is A Father To Me, Not Lover – Ara