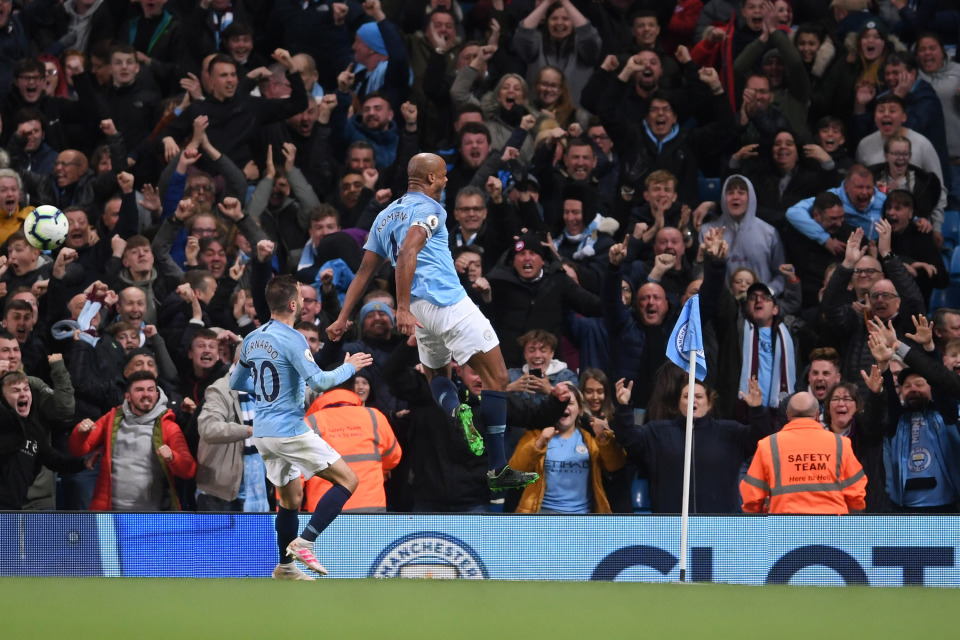 Vincent Kompany’s stunner gave Manchester City 1-0 victory against a determined Leicester City to move back to the top of Premier league and one win away from retaining their title.

Kompany, a club legend, may well have just scored the goal which wins the title! It’s not just a routine header from a corner though.

Leicester sit off the captain as he gets the ball 30 yards from goal, he takes a few steps towards goal and then unleashes an absolute cannon into the top corner!

Like a shot at the Crucible, he bent it around the blue (in the form of Harry Maguire) and pinged it into the top corner.

City needs a win against Brighton at the weekend to win the premiership back to back, having won it last season.