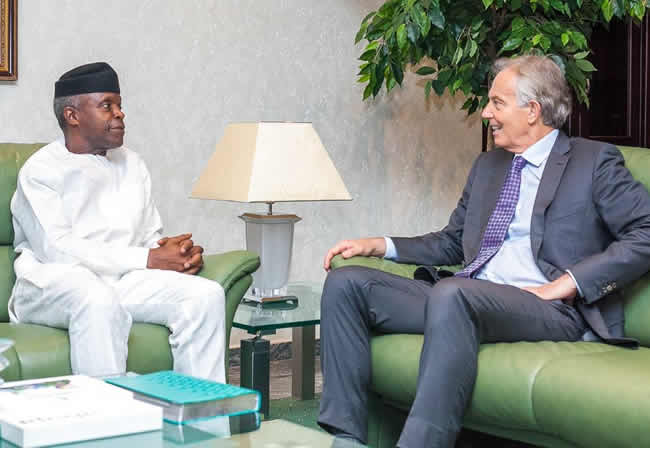 Vice President Yemi Osinbajo and a former UK Prime Minister Tony Blair on Friday had a private meeting at the Presidential Villa, Abuja.

There was, however, no interview after the duo emerged from the meeting.

The former UK prime minister runs among other foundations, the Tony Blair Africa Governance Initiative, a nonprofit initiative that works to support effective governance in Africa.

READ ALSO: ALL FOR OUR RICH CULTURE – OLOYE LEKAN ALABI

ALL FOR OUR RICH CULTURE – Oloye Lekan Alabi