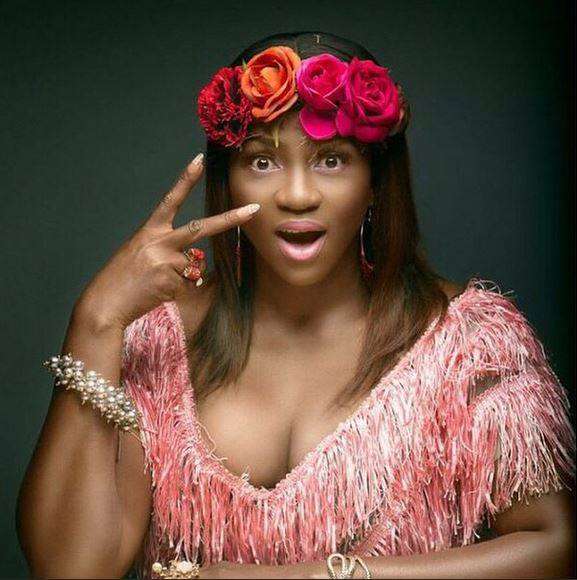 2019 will be Waje‘s 10th year in the industry, and the singer has shared her plans to go on a nationwide tour and also release a Reggae album.

W.A.J.E, acronym for ‘Words Aren’t Just Enough’ is the known name by which Aituaje Iruobe is addressed. From coming unto the scene with her powerful vocals on P-square‘s 2008 hit single ‘Do Me’ to imposing herself on M.I Abagas ‘One Naira’ two years later.

Waje has come a long way, with the release of her self titled album in 2013 and a strong set of singles, have helped maintain her place as one of the leading vocalists in the industry.

The talented singer recently paid a visit to the Pulse office, where she spoke on a range of issues including battling Depresion and her plans for the rest of the year.

Speaking on her latest single, kponlongo released weeks ago, which features dance-hall act, Timaya, she says;

On her choice of Timaya, she replies, ”Because I have always wanted to work with Timaya, at the time, there is this other song that I have with him and 2face, it is not yet ready.

This one, He called me, he told me to come to his house, he played me this song, produced by Micon, Timaya had already laced his own verse and he was like he wanted me to have it as my own.”

She shares some of her future plans:

”I am coming out with another single in August, something else in September, then I will be dropping one E.P on my birthday [September 1st], and I have another E.P in February 2019, and then, I am dropping a Reggae album next year.

Everywhere I go, people go like ‘I love your reggae songs’… Then I met someone who told me they want me on a Carribean tour, hence the Reggae album.

Outside my EP, I have a show in Abuja by November, I plan to hold one in Lagos also. I enjoy singing, I enjoy being in that space and that is what I will be concentrating on this year.

But by next year, whether by hook or by crook, I am touring, I am going to Kaduna, Enugu, Benin, it is a Nigerian tour.

Next year will be my tenth year in this industry and Nigerians have given me so much, so it is really important and significant for me to share it with my Nigerian audience.” she concluded.

How I Moved In With FELA After...