Home News If You Want to Dig a Hole of Wickedness, Dig a Small One, You Might Fall in It – Aisha Yesufu Tells Buhari
News 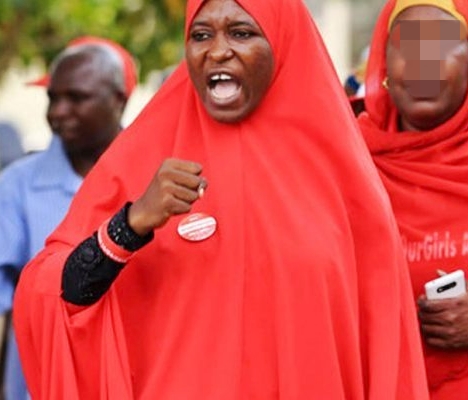 Bring Back Our Girls co-convener, Aisha Yesufu, is not impressed with President Muhammadu Buhari’s government and has accused the president of being a hypocrite.

In a series of tweets while replying to Ross Alabo-George’s allegation that ‘a year ago President Buhari banned foreign medical treatment for FG officials,’ the co-convener of Bring Back Our Girls, Aisha Yesufu, accused President Muhammadu Buhari of being a hypocrite who does not follow the rules he set for others.
Recall that in April 2016, President Buhari said his government would not provide funds to any government official to travel abroad for medical treatment unless the case could not be handled in Nigeria.
Aisha who disclosed that Buhari’s act shows absolute ‘zero character and integrity’, asked the president to be careful of what he demanded from others just in case he has to be in their shoes.
She wrote: “And that same President is enjoying medical attention abroad! What utter hypocrisy and absolute zero character and integrity!
“There is a hausa proverb that says if u want to dig hole of wickedness dig a short one because you might be the one to fall in. It fits PMB.” If You Want to Dig a Hole of Wickedness, Dig a Small One, You Might Fall in It – Aisha Yesufu Tells Buhari was last modified: July 17th, 2017 by Arinze Ago