Watch As Bovi and wife prank friend ahead of 40th birthday 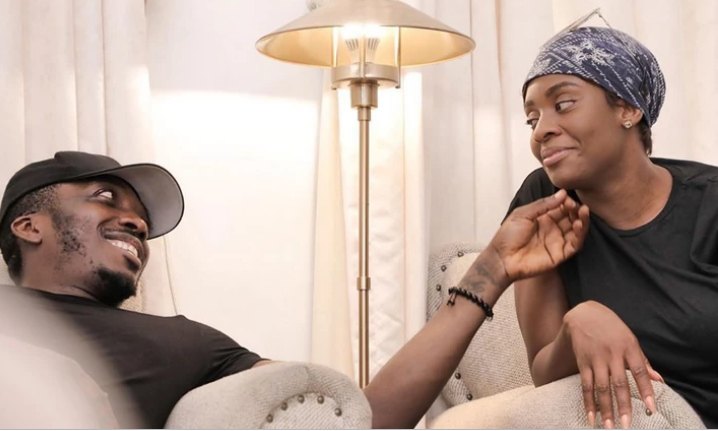 Naija comedian, Bovi, will be turning 40 on September 25, 2019, and to celebrate, he and his wife, Kris, decided to prank one of his loyal friends.

In a video shared on Thursday, September 19, 2019, Bovi and his wife, Kris were seen testing their friends’ loyalty.

Kris calls Bovi’s friend, Mohammed, and asks if Bovi is with him despite Bovi being with her. Caught between his loyalty to his friend and honesty, Mohammed tells Kris he is moving towards Bovi, but later had to call Bovi to tip him on his wife’s inquiry.

Watch As Bovi and wife prank friend ahead of 40th birthday was last modified: September 20th, 2019 by Reporter