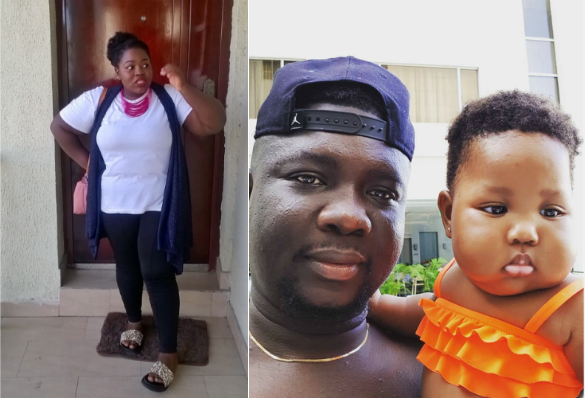 A Nigerian lady who doubles as a lawyer, Ayomide Adebayo-Oyetoro has written an open letter to comedian Seyilaw over his daughter whom many have reportedly fingered to be obese, according to Ayomide she suffered child obesity and still battling with it – She had this to tell SeyiLaw !

‘I was obese as a child and I still am. And I’m not the only one. Research shows about one in five school aged children are obese. Parents close their eyes to this reality by claiming the child would outgrow it. It rarely happens.

Children should be fed right, properly and healthy. An obese child is open to a lot of health really risks. I know because I am speaking from experience.

Another effect of child obesity is cardiac issues including but not limited to hypertension, asthma etc. I had asthma as a child and I still do as an adult. My attacks zigzag with my weight.

Lastly, another effect of child obesity is bone related diseases. An obese child is prone to bone ailments like arthritis, rheumatism. Tell an obese person to climb stairs and watch them thank you.

Sugarcoat it all you want, the effects are long lasting. From low self-esteem to depression.