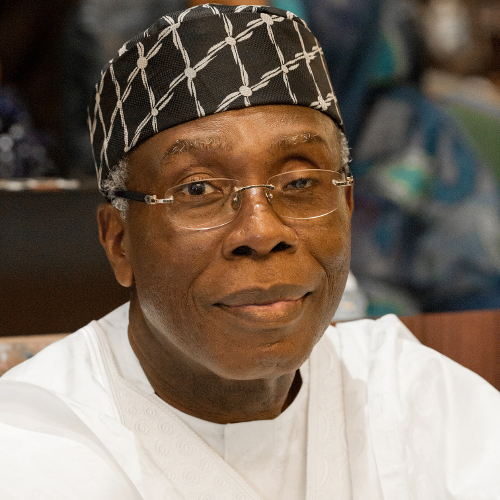 Minister of Agriculture and Rural Development, Audu Ogbeh, says Nigeria currently produces 90 per cent of the rice consumed in the country.

The Minister who last month said people import Pizza to Nigeria from the UK, said this when he spoke at the 2019 Annual Research Review and Planning meeting which held at the Balarabe Tanimu Conference Hall at the Institute for Agricultural Research (IAR), Zaria, Kaduna State yesterday Tuesday, April 16th.

Ogbeh, who was represented by Karima Babangida, the Director of Extension Services in the ministry, said this was achievable because of the massive support the Federal government was giving local rice farmers.

“One very good example that we see today is the home-grown Nigerian rice. Hitherto, Nigeria has been a major and largest importer of rice from Thailand and this implies the largest importer in the world.

But today, we have been able to achieve a paradigm shift in the right direction and we are now producing 90 per cent of the rice we eat in the country, I think we should appreciate our farmers here.

Nigeria does not only have the capacity to feed itself, but it also becomes a major actor in agricultural exports to other African countries, Europe and American countries, including the Far East, especially China.” he said.