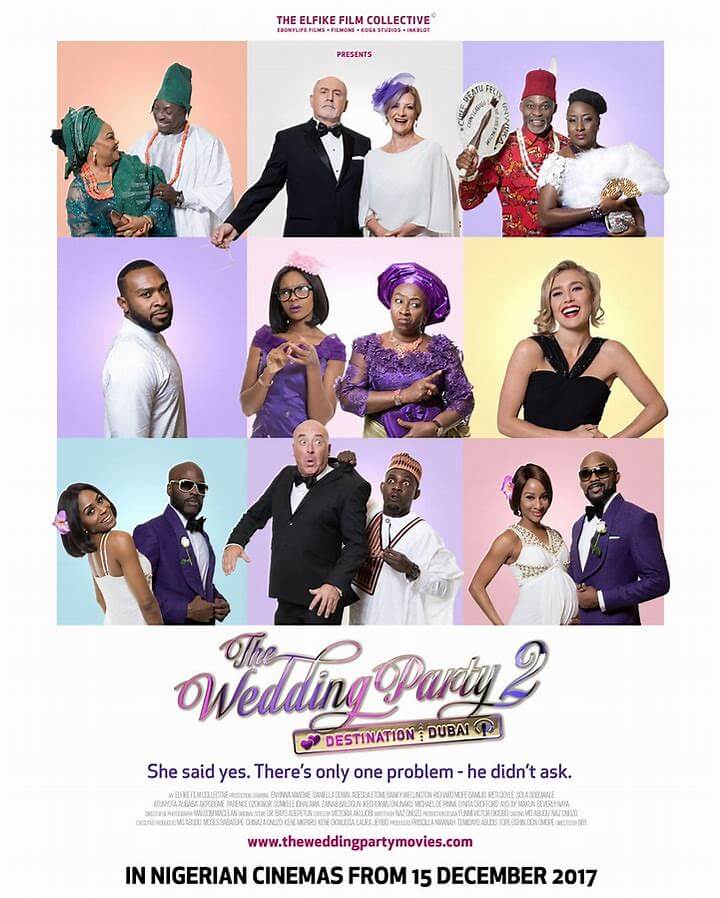 Mo Abudu, producer of The Wedding Party, says the second installment of the movie has earned N312m in the cinemas.

According to Abudu, the revenue is a reflection of the movie’s performance after only 18 days since its release.

The EbonyLife TV founder said the box office earnings of the The Wedding Party sequel is “N70 more” than what its prequel made within the same time frame.

“What a glorious and magnificent kick off to the new year. We are now at N312m after just 18 days in the box office. This is nearly N70m more than our performance at the same last year with The Wedding Party,” she wrote on Instagram.

“A big thank you to all that have gone out to watch this film, to our cast and crew for all their hard work and our sponsors and partners for their support.

“Wishing everyone that has contributed to our success a glorious and magnificent 2018. Please dash to your nearest cinema (nationwide) to watch.”
Abudu had earlier disclosed that ‘The Wedding Party 2-Destination Dubai’ raked in N73 million on its opening weekend.

On its opening day at Nigerian cinemas, the movie made N20 million, more than double of what its prequel made.