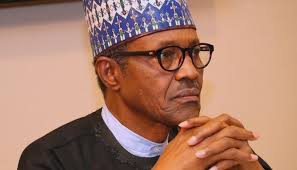 President Muhammadu Buhari has expressed concern over the challenge posed by herdsmen menace, insisting that the issue of clashes between herdsmen and local farmers in Benue State had been addressed.

Buhari said the federal government was also dealing with the issue of banditry and attacks in Zamfara State, adding that the military had been deployed to tackle the security situation.

The president also reaffirmed his threat to investigate how the previous Peoples Democratic Party (PDP) administrations spent $16 billion in the power sector without any significant outcome, if re-elected.

Speaking during the presidential rally of the All Progressives Congress (APC) in Abuja, the president vowed that he would continue with the fight against corruption and that his administration will be seeking to recover funds and property invested abroad by corrupt Nigerians.

The president stated that if re-elected as president, he will make sure he recovers more funds stashed abroad by corrupt officials to invest in developing infrastructure.

His administration, he said, had been able fulfill the key promises he made in the areas of fighting corruption, addressing insecurity and economy.

The president vowed that he will continue with the fight against corruption and that his administration will be seeking to recover funds and properties invested abroad by corrupt Nigerians.

The president who lamented the depth of corruption in the country, said that most of the stolen funds are stashed outside the country and used to acquire property.

“They come here and buy property and they invest the money outside Nigeria. We are asking countries of Europe and United States to please help us recover looted public property which we will plough back to fix the infrastructure,” he said.

Buhari also said he would direct further investigation into the allegation that previous administration spent a whooping $16 billion on power sector.

He said: “The previous government admitted without anyone asking them that they spent $16 billion on power. You will know more than I do; where is the power, where is the money…? Stolen! When I come back, I will continue with the fight against corruption which is key undertaken by me. Those people who said that they spent $16 billion in power will eventually account for it.

“We are under a system where those who are given responsibility in the federal, state and local government councils and they abuse it. We will ask the relevant agency to investigate and prosecute them,” he boasted.

While assessing the progress made in the campaigns, President Buhari said he had been able to explain to Nigerians during his campaign tours what the administration was able to achieve in the last three and half years.

“I have campaigned in 35 states and Abuja remaining my home state, Katsina. I will be there tomorrow (Thursday). During the rallies, I tried to present to the people where we were in 2015, where we are now, and what we were able to do with available resources,” he said .

On insecurity, the president said that Boko Haram was occupying 17 LGAs in the North-east when he assumed office, adding that presently, they are no longer holding any local government area in the country.

According to the president, “what we now have is that the insurgents get some young men and women and give them bombs to go detonate at soft targets in market places and motor parks.” He also spoke about the latest challenge posed by herdsmen menace, insisting that the issue of clashes between herdsmen and local farmers

in Benue State has been addressed.

On economy, President Buhari said the country has been doing very well in agriculture, adding that over 90 per cent of rice consumption is now sourced locally.

The APC rally which attracted large turnout of party supporters from the Federal Capital Territory (FCT) and the neighbouring states saw many of the party leaders expressing optimism that things will go well on Saturday.

However, while the presidential campaign rally was on, the National Chairman of APC, Adams Oshiomhole took out time to make what seemed like a last-minute attempt to woo the voters.