Home News What I Will Miss Most About My Late Husband, Oba Adewusi Abdulrazak – Olori Nifesimi Adewusi Reveals
News

What I Will Miss Most About My Late Husband, Oba Adewusi Abdulrazak – Olori Nifesimi Adewusi Reveals 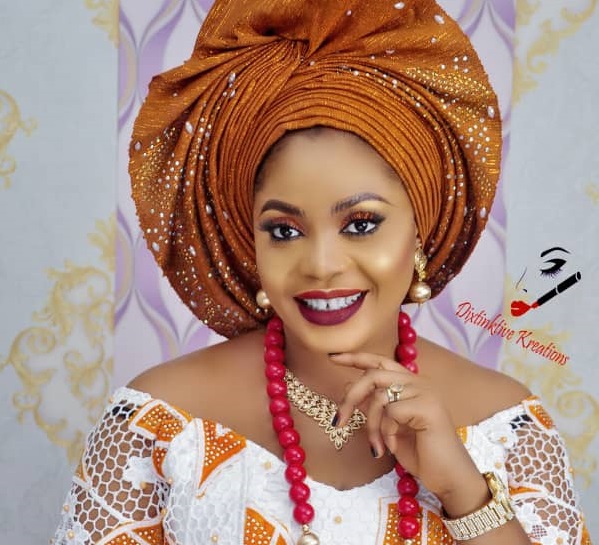 Olori Adewusi Oluwanifesimi Adebimpe is a beautiful royal goddess who is known for her involvement in philanthropic, charitable, and as well as for her style. She is a striking beauty in her youth and grew up to become quite a fashion icon.

She was married to the late Royal Highess, Oba Adewusi Abdulrazak, Onijohun of Ijohunland. He was a three-term former House of Representatives Member before his ascension to his father’ throne.

In this interview Olori Nifemi spoke extensively on how she’s missed her late husband who served his people and the nation, selflessly

How did you receive the news of the death of Kabiyesi?

Well, it was so pathetic! First I was called by a friend, and Iya oba asking me where I am, then later the next morning, a call came through from my brother-in-law in Ibadan,  Although, it was his friend that spoke to me because they were scared on how to break the news to me. Actually I was pregnant and that was what led to my miscarriage eventually.

Was he having any underlining ailment before then?

Yeah, this always brings tears to my eyes whenever I’m questioned by his state of health. Abdulrazak was a very strong man during his term at the federal House of Representatives. But the whole thing all started when he became the King, he has been battling with different kind of illness and he normally travel abroad for medical treatment. it  happened one fateful morning when he finished having it bath, on his way out from the shower he slipped and fall, which effect his spinal cord, that was how we flew him out of the country before he gave it up to the hand of death few weeks to his 60th birthday

How have you been coping one year after?

Well, Alhamdulilah robi-li-alamina. What can I say than to continue thanking God for His endless mercy and favours? It has not been easy to be honest, because when you have a supporting husband who his always there and suddenly he’s no more there is no how you won’t feel his absence and its importance. I went through a lot all by myself, which I don’t want to go into details because it always reminds me of my pains! I’m just blessing God for His grace

What did you miss about him?

That one deep o! Smile. Missing him is an understatement, I always miss our agreements and disagreements on some issues, and he’s a very lovable husband and father that lives his life for his children so much. No matter the situation, he’s always been a very good father. No day passes by without his thoughts and memories, we play, we fight a lot but there’s this thing about him, he’s very sweet man. I’m missing him and am still forever going miss his absence. I called him my best boo

What do you think his people will miss him for?

I believe by now his people will have known his worth and many more about him, there is this proverb that says, you won’t get to appreciate what you have until you lose it. Adewusi abdulrazak, was a very disciplinary man that has the love of his people at heart even before he became the king of the land.

During his days as an honourable, he was the one that brought boreholes water to the town, talk about primary health care, infrastructure. He really did a lot in his 12 years representing them and done so many after  he was crowned King. There’s no doubt, you can’t be good to everybody that is why some people want him dead. Ijonu is full with a lot of wicked people, it was so painful that he came out from that root! Because immediately they announced his death, some people started going about with crown, singing and dancing, saying is their turn. What a painful world..

Give us a brief information about your background..

My name is Adewusi Oluwanifesimi Adebimpe. Growing up was very loving, I was born into a polygamy family, we all live together in the same house, I’m the only one from my mum, that to say am the only child. I’m a very cool, calm person who likes a very quiet life, just simply me.

I’m from Ogun state Abeokuta in (owu kingdom) I attended Alimosho primary and secondary schools, Alimosho Lagos. I went to Olabisi Onabanjo University, Ago-Iwoye Ogun state, where I obtained my Bsc in Biochemistry. I later went to Institute of journalism, then do some professional courses at the Federal Radio Training School, FRCN in Lagos. I am still doing my masters course on line, at Nexford University Washington Dc. I’m a freelance journalist, I manage artists, PR, and Presentations. I also run a business, Goldenexcel01 Ltd.

We deal with men and ladies wear, hair and cosmetics.

What I Will Miss Most About My Late Husband, Oba Adewusi Abdulrazak – Olori Nifesimi Adewusi Reveals was last modified: July 15th, 2020 by Reporter