What Many Don’t Know About Prophet TAIWO OJO 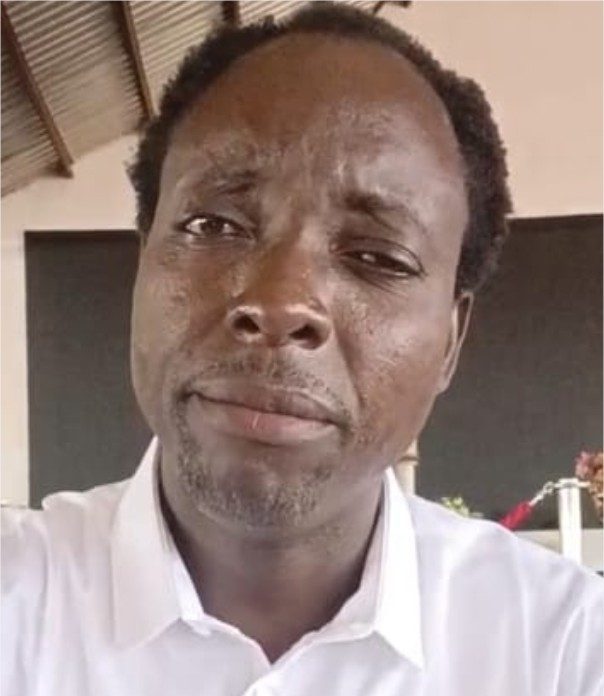 Recently, veteran Journalist, Femi Akintunde-Johnson wrote about Prophet Taiwo Ojo in an article titled: TAIWO OJO: IS THIS PROPHET FOR REAL? I woke up today with a swelling itch… to write about this interesting man. Just before mid-day, it became a compulsion…so here we are!“I met Prophet Taiwo Abel Ojo online, through my wife, during the initial lockdown that came in the wake of the first wave of the Wuhan gift to the world, COVID-19. That was around June 2020. “ His ministration was mostly in Yoruba, a language I love to hear, but a work-in-progress to speak as deeply and fluently. This man ignited my interest with his familiarity with the scriptures, virtually inexhaustible anecdotes of his personal calamities; his humorous interjections with some of his lieutenants, and a general sense of passion for things of God, especially prayers, fasting and songs of praise.

A careful and regular listener would have been fully aware of Ojo’s life story: from the village boy adept at farming, hunting, and surviving the harsh realities of rustic lifestyles, to the vagaries of itinerant evangelism, and sundry acts of abject poverty. In impeccable Yoruba, his translators struggle to transmit as quickly and as accurately as possible into English, for the sake of non-Yoruba congregants. Even his most efficient translator (Lanre) sometimes trips over a few of Ojo’s heavy metaphoric Yoruba words and symbolisms, tinged with the iconic Ibadan dialect, though he is of the Ogbomosho stock.

Another unique aspect of Ojo is his sheer energy – a remarkable capacity for a man who looks anywhere from 45 to 55 years old. When we came in contact with his “Prophet Taiwo Ojo Live” on Facebook, he was straddling around 2,000 and 3,000 viewers – and I was often amused when he requested repeatedly: ” e share e nigba metala…” (share it – the FB link – 13 times), or some higher number. Confession: I refused to do so. After all, I was just “sounding him out”…why would I share what I hardly knew? Today, his “online members” are verging close to 10,000 on Facebook, with comments in excess of 50,000; and similarly so on YouTube.

But his services, between two hours and four, or more, were electric. And rapid! God bless data providers and sellers! This man is on the pulpit every day, twice! And thrice on Wednesday/Thursday and Friday/Saturday for vigils. Each programme (he claimed he was divinely instructed) is headlined by a specific title: Every morning, except Sunday, is Isoji Ori Afefe (Online Revival) which runs live from his Ibadan location, and on social media, between 7.30 am and 9am. Every evening, between 7 and 8pm is for Àsotele Woli (Prophetic Declaration). The vigils are conducted in a fairly large auditorium, CAC Covenant of Mercy (Majemu Anu) church, off Iwo Roads, in the Adelubi area; and sometimes at the huge expanse of their campground, Mercy Camp, in Osengere, along Ife-Ibadan expressway. The vigils (Oru Itusile – Night of Deliverance) run from 12 midnight to about 4am. And because Ojo is a poor timekeeper, his programmes run beyond the allotted time, with the connivance of his live audience who often egg him on. Virtually, all the prayer meetings run late.

Apparently, no one cares, and hardly a dull moment, when Ojo is in his elements. Yet, it’s astounding that several people are always around and milling for every service – to the chagrin of advocates of safe distancing and face masks, I suppose. Sunday morning is a different world: from 7am to 1pm is a walk in the park; yet the evening service is never missed! He’s like an incredible man-machine – without a flagging speed, nor a hoarse voice.

Another of his peculiarities is his uncommon frank and unique prayer points. You sense that this man has been so brutally beaten by life’s vicissitudes for decades that nothing now matters to him but seeking holiness; being immersed in fasting and prayers (he mentions days and weeks of fasting, and trips to sundry ‘mountains’ that sound far-fetched to the uninitiated), and surrendering himself to be used by God as He pleases. He churns out prayer points, laced with vivid testimonials, and corroboratory passages from the Bible, then laced with an “if-you-like-stand-and-pray-or-if-you-want- sit-and-waste-your-life” admonition, as he rumbles through an hour or more of relentless prayer tussles.

Many of his online parishioners come from all over the world – I kid you not – to a quarterly three-day revival (broadly themed “72 Hours”) at the Osengere Mercy camp which, I believe, can contain more than 8,000 people. They claim different acts of miracles: healings, extraordinary turnarounds, spiritual upliftment, overcoming demonic attacks, reversals of misfortunes, etc. Interestingly, Ojo is always quick to disclaim personal knowledge of the miracles, as he insists that he merely follows the “voice of God” he hears, and responds to…the same who has led him to take countless actions and acts of self-denial.

Many top gospel artistes and guest ministers have graced the platform of Covenant of Mercy: Bola Are, JA Adelakun (Ayewa), Elijah ‘Olorunosebi’ Akintunde, Bunmi ‘Omije-Ojumi’ Akinnanu, etc. By the way, it was on his stage that Tope Alabi made the “Oniduro Mi’ gaffe…and he wasted no time correcting her error, even before it went viral.

Any open-minded observer would be entertained by Ojo’s delivery and performance – he bounces off borderline limericks and jokes on some of his pastor acolytes, like Laide, the man with the facial marks; Yinka, the good-looking pastor whose command of English is even less elegant than Ojo’s; and Taiwo, his pot-bellied deputy who tries to keep a straight face as much as possible. There are a couple of elderly pastors that Ojo apparently defers to, and are thus a little immune from his jocular darts – Baba Adebowale and Baba Adeleke. Even some members of the choir and a few regular congregants are now fairly well-known to Ojo’s admirers because of his occasional jabs at them: Sister Bridget, Bola ‘Dudu’, Bola ‘Pupa’ (all in the choir), Saida, Iya Michael, Alhaji… their interactions, often one-sided, make the extensive prayer sessions less humdrum.

In spite of his humour and flourish in ministration, Ojo is also a highly disciplined and fair-minded person. He doesn’t cavort for dues, tithes and offerings as is common in some of today’s churches. “I don’t need your money, it’s your salvation I’m after” – he regularly warns in his best English pose. He walks the talk often – publicly lambasting any of his lieutenants who show favouritism in giving privilege to anyone to jump the queue for the long and draining counselling sessions with Ojo. No one is too big to escape the queue, and he often berates highly-placed individuals who storm off, offended that they are not accorded “due protocols” in recognition of their statuses. Well, if he is even-handed to his family members, to the consternation of his aides, how much more important are strangers? That’s a man I’ll love to meet one day – to ask: is he really real?

What Many Don’t Know About Prophet TAIWO OJO was last modified: August 22nd, 2022 by City People

Revealed! The Pains Ladies Go Through After Butts & Boobs Surgeries

Why VP OSINBAJO Finds It Difficult To Go Back To TINUBU

How I Nearly Closed Down DAYSTAR Christian...