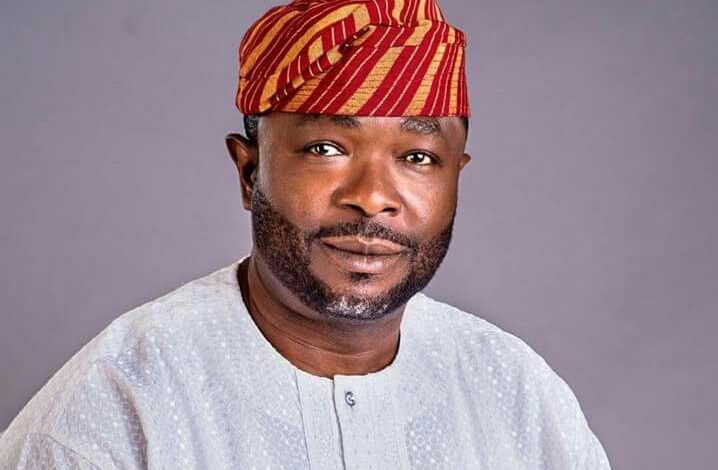 The news of emergence of Hon. Bayo Osinowo as the senatorial aspirant for Lagos East has raised the hopes of many within and outside his constituency. There have been indications that the people are set to enjoy a smooth administrative term with the ‘people’s choice’.

Going by his easy going manner and the fact that he’s not given to making unnecessary noise, the man, Hon. Bayo Oshinowo is not known across board. However, his pedigree and clout in the political arena would any day earn him respect from anyone as far as Lagos politics is concerned. Those who happen to know him will readily attest to the fact that his clout and influence is so huge that it will open any door in Lagos State and even beyond.

Bayo Oshinowo, better known as Pepper is a member of the Lagos State House of Assembly serving his fourth term. Aside from the fact that he’s a strong grassroots politician and that he’s a trusted ally of APC national leader, Asiwaju Bola Tinubu, he’s also a self-made businessman courtesy of his flourishing marble trade among others.

As a matter of fact, he’s considered the unofficial leader of Lagos legislative chamber. 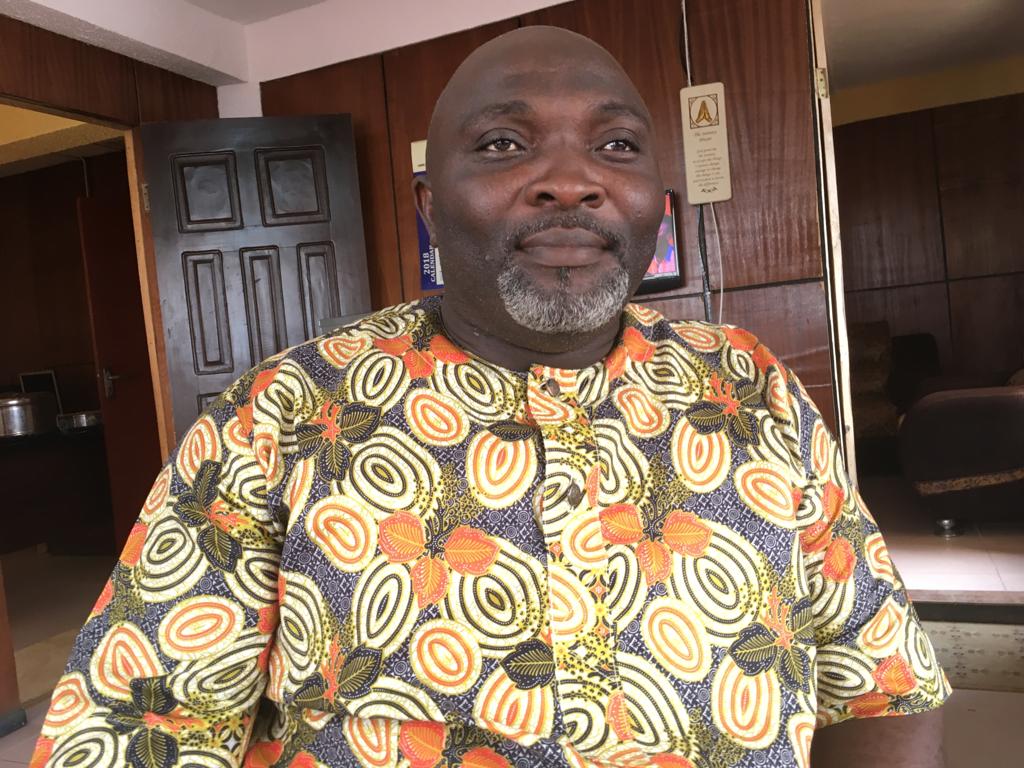 I am Adedayo Lawal from Kosofe Local Government. I am a politician and I was once a councilor at Araromi/Mende Community under Kosofe Local Government.  I served in 2004 as a floor member while Honorable Muyiwa Adedeji was the chairman. During that time, there were crises between the federal and state governments, so we were not paid salary for about two years. It was Asiwaju Bola Tinubu that was paying us from his own pocket, despite the fact that the allocation was withheld. We didn’t feel it that we were not paid. That was the second term of Asiwaju as the governor.

What have you been doing after your councillorship term ended?

Today, I am a participative leader in Araromi/Mende and I am a mobilizing force to reckon with, due to my political history. The primary election that was done recently, it was only in our community that the process recorded the highest turn out of voters of all the 7 wards in the local government. We have two in Oworo, one ward in Ifako, Anthony, Mende, Ojota, and Ogudu, making seven. I am a team player who is always committed and submissive to party decisions and place the collective interest ahead of mine. My loyalty to Mandate Group in our party is no doubt unshakable

So, what’s your new aspiration?

For now, I am waiting on God for the right direction. My party comprises of bunch of brilliant young guys that can make things happen. I know if I am not contesting, there are equally capable hands that can make things work. So I am not in a hurry to force anything. But I believe when the right time comes for me to carry the responsibility of my constituency comes, God will reveal it to me.

The ship is so full, that we are just boarding. Thank God for the incoming senator, Hon. Bayo Osinowo, he has been carrying everyone along, either you hold a key position or you are not even holding any office.

How come, Senator Ashafa, representing Lagos East contested lost to Bayo Osinowo, who is currently in the state house of Assembly?

Hon. Bayo is a philanthropist. The incoming senator, apart from him being a member of House of Assembly, he has extended his hand of support across the whole state. There is hardly any community in Lagos where you won’t find one or two persons who have not enjoyed Hon. Osinowo’s benevolence.

If you go to his office, people from across Lagos and Ogun throng his office for assistance and he is never tired to render help to them. That’s his personality, either he knows who you are or not. He will definitely assist you. No one meets with him and will not smile. We have not been seeing the incumbent. Some of us who supported him during 2015 campaign haven’t met with him before. His style of empowerment project did not commensurate with the demand of the people.

I believe that if you are in a position that you feel you want to reach out to the people you claim to represent, you should be giving what they people want, and not what you think its good for them. Take for example, if you want to create an empowerment program and you feel what they need is a camera for photography or grinding machine, while most of them would prefer Okada business or shoe-making business. I’d expect that you, first of all, seek the opinion of the people and ascertain what they want, not imposing anything on them. They may get the tools and sell them, meaning the purpose have been defeated.

Look at the State government project through Hon Babatunde Okanlawon, very brilliant project. They empower people by teaching them how to fish. They allocated their land to them and get the fund to do business from their respective accounts. An account is opened and two signatories will be allotted to the account: the beneficiary and the monitoring team from government staff, so there won’t be room for diversion of the fund.

Those that were given training on eggs, they were given shops and Keke napep to make them carry out effective delivery. Forms were sent to the wards and each beneficiary had to fill the vocation of his or her interest. And they are doing well. Training family and sending kids to school through this well-mapped out empowerment program. 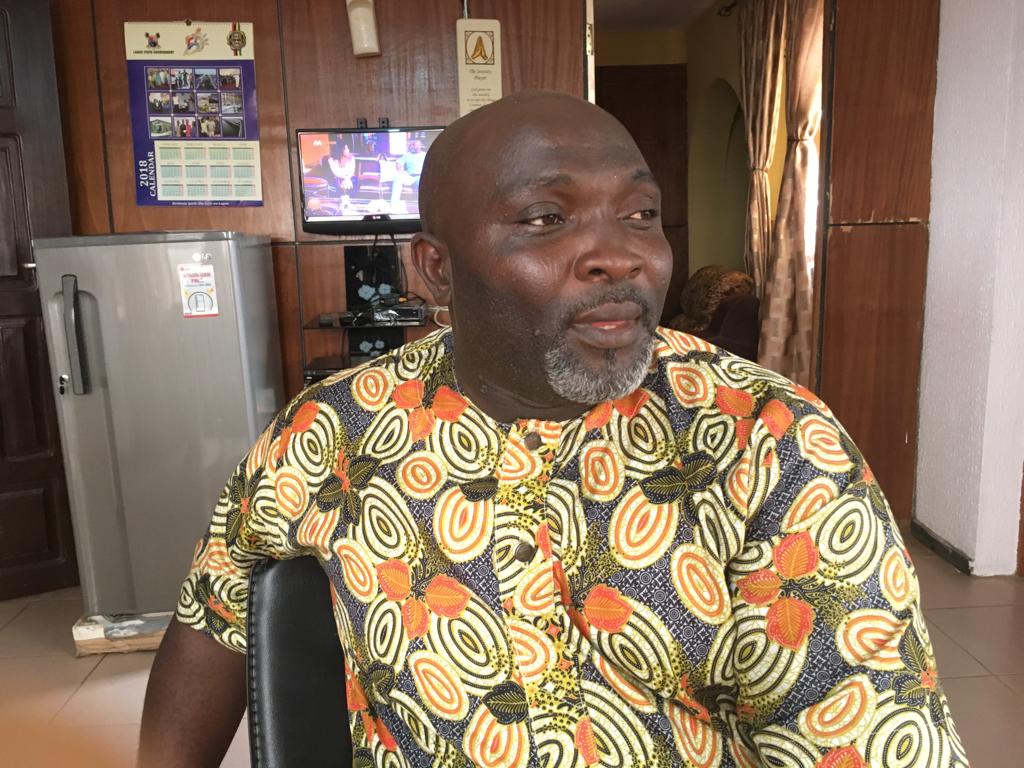 What can you say about the new Guber candidate for the APC, Mr Babajide Sanwo-olu?

Well, I have not had the opportunity to meet with him, but I have been getting quite a lot of commendations about his kindness and philanthropic gestures. Some party members and friends who have met with him are full of his accolades and praises. He places Lagos first, before himself. With that alone, he’s my man any day anytime.

Tell us about your immediate family?

I have four children. Two boys two guys. My first son is in FUTA reading Economics, my daughter is in LASU, and she’s a 200 level law student as we speak. I have my third son in SS 2. And my last daughter is in J.S.S 1.

What can you say about the Not Too Young To Run Campaign?

I believe it is long overdue. And I also believe we have a lot to learn from the veterans who have been at the helm of power for many years. We need the youths, but we also need the experience too. I know of a politician, who has a very young, brilliant boy as an adviser. He served as his think tank on matters that reflect the interest of the youth. This is the computer age. Young guys of today are super intelligent who have gone beyond what we did while we were young.

As a strong party member, with a reliable understanding of APC blueprint, what should Lagosians expect from the incoming government?

Well, in terms of representation in Lagos East Senatorial District, Hon. Bayo Osinowo is going to represent us well, what we will see, I can bet it with you, we have not seen such in the history of Lagos East senatorial district, and I believe he will do it.

Thank God the President is from the party where Hon. Osinowo is representing. The legislature is to influence. If you have a listening president as we do now, the legislative arms will seem like the best, but when the leader at the executive arm is not good, the result from the legislative arm will not be felt.

I am sure Hon, Bayo Osinowo will surprise us. People are looking at Hon Bayo Osinowo from far. If you get the opportunity to meet him in person, you will agree with me he’s a man to be identified with. He has a listening hear. He will listen to you and make sure your position count. We will not regret having him as our representative.

I have seen, witnessed and encounter his philanthropic deeds, which are usually done behind the spotlight. He picks a day every week to help people in need. People in need will go there in thousands. He will listen to them and their requests, and will assist them; all of them. Please investigate my statement.

On poverty alleviation and empowerment, there was a time I was at his office around 2 a.m and witnessed how he was receiving calls from some of his many beneficiaries, thanking him for his tireless supports. So I asked him how come the media is not talking about all his many good works. Guess what he told me? he said it is un-islamic to make noise about the act of helping others. To him, the left hand must not know what the right hand is giving out to the needy. That’s Hon Bayo Osinowo. He has not spent a dime for his campaign.

There was another time a woman came during his campaign with customized exercise books to support him. The woman said the Honorable had at one time helped her save her daughter’s life while she was in labour and needed a huge fund for operation, and he helped her to pay the bill. That’s the typical Hon Bayo Osinowo most people don’t know.

Could you inform me what theme are you making use of on your website?
It looks nice.