Home Weird News What Will You Do If $1.1Million ‘Mistakenly’ Lands In Your Bank Account?
Weird News 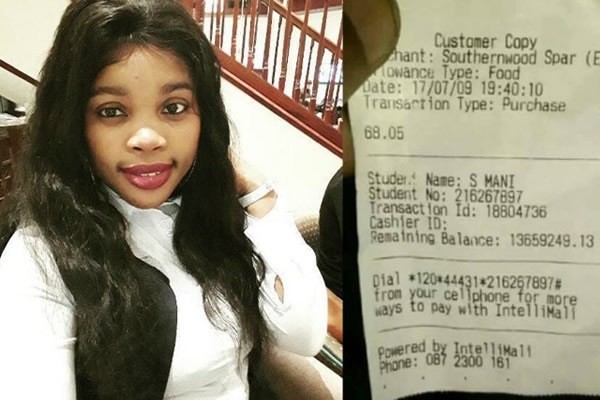 Student qualifies for $110 a month in food allowances from the government but received the sum of $1.1 million which obviously was mistakenly transferred to her

She qualified in 2017 for $110 a month in food allowances from the government’s National Students Financial Aid Scheme, which helps underprivileged students.

But in June, she received the sum of $1.1 million which obviously was mistakenly transferred to her.

But rather than do the right thing, the young lady went on a spending spree, buying all sorts of expensive items.

After the scheme detected the blunder three months later, it recovered the remainder of the money from her bank account.

But before she was found out, she had spent $63,000 to party and to buy expensive clothes.

She was arrested by the police’s serious commercial crime unit after she was asked to hand herself in, Anelisa Feni, spokeswoman for an elite police unit, the Hawks, told AFP news agency.

She appeared in court on Tuesday on a charge of theft but was not asked to plead during her court appearance.

She was released on warning and ordered to appear again on July 2.

Dear Nigerian student, take a moment to imagine you were the one that received a credit alert of money equivalent to $1.1 million.

What Will You Do If $1.1Million ‘Mistakenly’ Lands In Your Bank Account? was last modified: May 30th, 2018 by Igbokwe John