Home Entertainment What Would Have Been My Only Regret In Life… – Veteran Actor, OGA BELLO
Entertainment 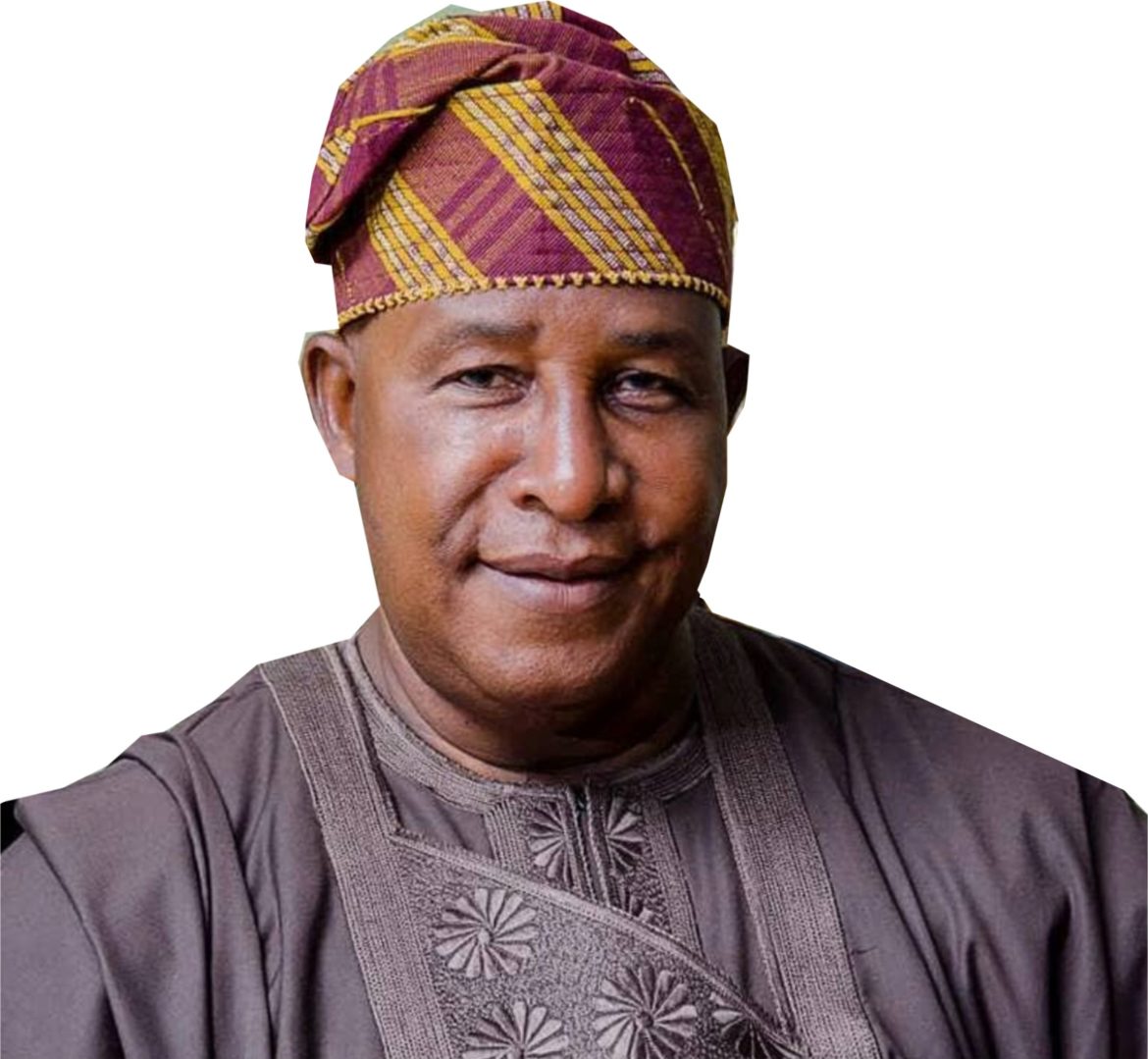 •Reveals How He Got The Nickname

Today, in the Yoruba movie industry, only a few veterans can lay claim to match the achievements and status of Oga Bello. This is because, Oga Bello, whose real name is Adebayo Salami, has been in the industry for over 40 years with tons of blockbuster movies under his belt. Oga Bello has not only become a household name, he has also built his name into one of the biggest brands in the movie industry, hundreds of actors and actresses, including his own children, have passed through his tutelage and have gone on to become stars in their own right.

For these young actors, it is always a thing of pride to them that they learnt from the best. Oga Bello, who is also star actor, Femi Adebayo’s dad, has become an institution in the  industry, one whose fountain of knowledge and experience have been of immense benefit to the younger generation of actors.

City People spoke with the very warm and unassuming veteran actor 2 weeks ago and he talked about his journey into the movie industry and why what could’ve been his only regret turned out to be a huge blessing for him. Here are excerpts of the interview.

You are a veteran actor, we’ve seen you play different roles. Which of all these roles are you comfortable playing?

I can’t say I feel comfortable or I don’t feel comfortable playing any role. I’m always ready for any role. If the director or the script tells me what he/she wants, how he/she wants me to interpret the script or my role, I will surely do it because I believe I’m a versatile actor. A versatile actor should be able to interpret his role properly. So, I’m always ready for any role, name it, tout, garage boss, rich man or poor man even housemaid roles. Although they don’t always use me for poor man roles (laughs). So, I don’t want to be static. As an actor, you must be versatile. I’m always comfortable with any role it now depends on my fans to judge it.

Each time you are opportune to talk to the younger ones in the industry, what kind of advice do you always give them?

It’s a pity that many people don’t want to struggle again. They want to go through the fast lane. It happens all over, it’s not peculiar to our industry alone. And it’s never like that. What you don’t suffer for never lasts. My candid advice to them always is that whatever you want to do you much learn it properly. It’s always good to do what you are passionate about. You are going to enjoy two things there, the joy that you are doing what you like will be there and the joy that you are doing it well will be there. Also, the joy that people are accepting it will also be there. You have to experience all these before you start getting the profit in it. So I always advise them to learn what they want to do properly.

It is very simple. As old as I am, I still have people whom I go to for advice whenever I have to I make research. I will go and meet those people that I know that they know what I’m trying to project to the public, and I learnt that from Baba Ogunde. During his lifetime, whenever he finished his story, he would call on 5 of us; me, the late Isho Pepper, Lere Paimo, the late Ray Eyiwunmi and one other person to a Script Conference. Baba Ogunde made us understand that it is a Creative job. If a child of 5 years old or 10 years old gives us an idea we would try it. Sometimes, it works, if it does not we move on, its creativity.

They should embrace that, they should not feel they are already there, that they are all in all, No, you can never be all in all. If I want to put up a story now, I must think of what is trending in the society, meanwhile, with my age, my generation may not know much about what’s trending. Definitely, if I want what the audience and the younger ones will grab then there would be need for me to consult the younger ones, that is just it. Let them always do their research very well. Respect the elders. Respect the ethics of the profession, know the rudiments. They should learn it properly and a proper way of interpreting your script. Then most importantly, don’t abandon your prayer and be honest in whatever you are doing.

2019 is running out. What are the projects you’ve done, or released and the ones you are still working on?

I released a film entitled: “Adaba” online with over 700k  views. I’ve also done television series for Startime entitled: “Alagbara”, it is still on. I’m proposing to shoot a movie this year, I’m preparing for it. I’m still working. (Laughs).

What does it take to get Oga Bello to be part of a production?

It depends on the producer that approaches me. The next thing is the script. I will read your Script to know if I can be part of it or not, and if I have to be part of it, I will make 1 or 2 corrections, from my own perspective. There is no doubt, that there are junks in the movie industry now and I will never be part of it. So, if I embrace the script, we’ll talk, ask for the director and who is going to feature along with me. That’s all.

Your stage name, Oga Bello, how did you get it sir?

I got the name from a television programme in 1972, my Oga, Duro Ladipo, Baba Mero was still alive then.

We had a programme on the television produced by Oladele Bank Olemo, Dare Art Alade’s father was the presenter then.

It’s an hour’s program and they gave us 15 mins. We went there every week and it’s a live programme.

They liked the programme and they decided to give us 3 minutes slot for Ojo Duro Ladipupo Theatre. It was during the character analysis, we were together with Mama, and we said Lanre your own name will be Awero, a social woman. Bayo, you are an Executive man, what will be your name? Since you are from Ilorin and we have many Bellos in Ilorin, so you are Oga Bello. That was how we jokingly shared those character names that became our stage names till date.

I worked with Prince Micheal Ogun, one of the then powerful Action Group. We were rehearsing in his hotel that day. I didn’t know that he always monitored us, always monitored my contribution when we were holding a meeting or doing the rehearsal. One day, he just called my boss “ Ojo , I like this your boy, he’s intelligent. I always like his contribution.  I want to employ him. So, he employed me as a bartender in his hotel. That was the first place I worked. The 2nd place was the Federal Ministry of Work and Housing where I worked with Alhaji Femi Okunnuu as his Personal Assistant. Ordinarily, I was employed as a library assistant. I went for Library courses. He just met me on the corridor and he said this young man,  how are you? I said, fine sir. Later, he called for me and he said I want you to be part of my team, you are going to be my Personal Assistant, I was so scared. Because this was somebody who whenever he’s coming everybody had to stay wherever you were, and for him to now call me? He called for my file and I was interviewed. I felt somehow reluctant at first because I’ve been acting from the age of 12. One day, he asked me why I liked acting so much and I said I was passionate about it. I must confess to you, he encouraged me a lot.

Whenever I said that I was going for a stage play or recording, he always allowed me to go. When he finished his tenure, he said “Bayo, you have to resign and follow me”’ I said why he said “Do you think people here like you? They don’t like you because you are not entitled to the position you are holding.

“They will frustrate you if you wait. Let’s go to my chamber together and be my Personal Assistant, “which I did.

I don’t think so. What I would have called my regret in life has turned to a blessing. Because it is no more a regret, but God’s design, and that is marrying more than one wife. But I don’t regret it anymore. I regard it as God’s design to pave way for me to go to where I’m going. So, if I say I regret it again, it means saying God has not done well for me.

Apart from that, I have no regret like I said. I started acting at the age of  12 and I never knew it’s going to be like this. It simply means God loves me and gave me what I’m going to eat till the rest of my life at the age of 12 without knowing it. I don’t want to blame God for anything. Whatever God does is for a purpose, probably to pave way for something better. It may look difficult. You may feel the pain. There are things that happened to me that pained me, but I later realised why God made it to be so.

There is no journey in life without challenges. You just have to face challenges in life.

What Would Have Been My Only Regret In Life… – Veteran Actor, OGA BELLO was last modified: November 11th, 2019 by City People