Home News Where Are These Beautiful Celebrity Ladies?
News 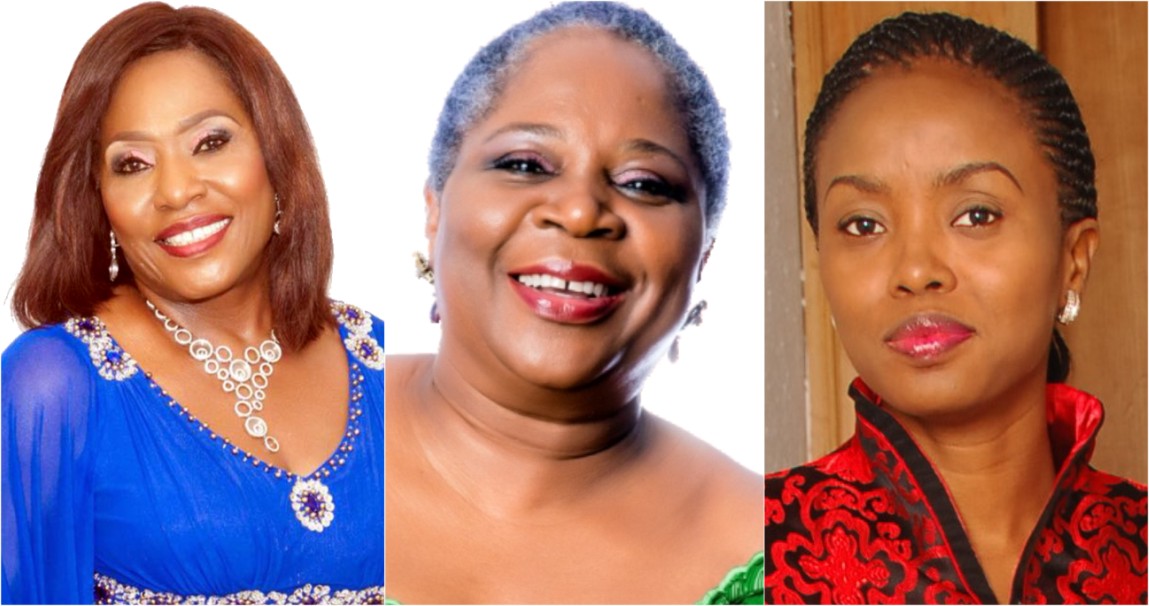 •We Wrote About Them When City People Magazine Started In Nov. 1996

City People Magazine is 25 and we plan to bring back all the major stories of the first 300 celebrity ladies we wrote about in those good old days. Below are some of them.

In those good old days in Nigeria, beautiful Barrister Grace Zemaye Egbagbe was one of the celebrity ladies who rocked the social scene at that time with her show-stopping figure, beauty & elegance. She was a TV gal for decades. She rose to the top at NTA to become a Director. She had a killer figure. She has since retired and she has gone into private business. She also spends quality time abroad. Her 2 kids have become grown-ups. We also wrote a lot about Dr. Ify Nwakwesi who even maintained a weekly Health column on Healthy Living. Erelu Abiola Dosunmu also got written about by City People, just like beauty queen Nike Osinowo. Chief Mrs. Onikepo Akande also caught our attention because of her lovely style & beauty.

Yemi Fawaz is another woman we wrote about in those days. She was the voluptous queen of the modelling profession in Nigeria in the 90s. Her lifestyle changed when she became a born again.

Onyeka Onwenu, the Queen of songs is another lady we wrote about then. She has been a singer all her life. She has been singing since the 80s.

Veno Marioghae also. She is the ex-journalist and singer who sang the popular Nigeria Go Survive fame. She became born-again in 1990 after some personal tragedies.

Late Amaka Igwe rocked the movie scene then with her movie production. She was then a Prolific movie producer and creator of the now rested TV soap opera, checkmate. She became a born-again Christian in 1980 and she used to attend Pastor Chris Okotie’s household of God’s church.

In those days, we wrote a lot about beauty queen Nike Osinowo. We also wrote about Sade Wellington, a businesswoman, and Biola Otufale who ran a thriving Hat shop on Awolowo Road, Ikoyi called HATTITUDE. She is Kayode Otufale’s wife.

Let’s tell you about former Lagos 1st lady Munirat Marwa. She is the wife of former LAGOS Milad, Col. Mohammed Buba Marwa. She is the daughter of the Shehu of Borno. We also wrote about the then Mrs. Rita Kuku who was the wife of Olorogun Kuku. Both got separated and she has since remarried. There is also Bianca Ojukwu, the widow of Chief Odumegwu Ojukwu. Till date, Bianca has everything going for her, a strikingly beautiful facial looks imposing height, flawless skin. She is the former Most Beautiful Girl & ex-Miss Intercontinental. There is also Ronke Ayuba, the popular Broadcaster. When she made her debut on the screen as a newscaster at NTA. The male viewership shot up. She got married to former Kaduna State Governor, Gen. Tanko Ayuba. We also wrote a lot about Eugenia Abu, another beautiful NTA  newscaster, Kolo & Ireti Kingibe, both wives of former Internal Affairs Minister, Alhaji Baba Gana Kingibe. Kolo is a well-endowed woman with natural beauty and Ireti is the 2nd wife, blessed with good looks and an angelic frame.

There is also Bisi Gwadabe. She is the wife of former Niger State Governor, Lawan Gwadabe. We wrote a lot about Sally Mbanefo, the beautiful Legal Adviser of IMB.bank at that time. She is well known for her beautiful flawless half-caste look. There was also Tina Okotie, the soft-spoken wife of Pastor Chris Okotie of the Household of God’s Church. They both got separated a few years back. She now lives in America. She is a beauty to behold.

We wrote a lot about Helen Prest-Ajayi who won the prestigious title of Miss Nigeria in 1979. Aside from having great slim legs, she exhibits 2 of the most desirable eyes. She recently lost her husband, Dr. Toyin Ajayi. She is aging well. We wrote about Ibinabo Fiberesima, the star actress whose beauty is still there today. We also wrote about Rosemary Okeke, one of the beauties, Daily Times yearly Miss Nigeria pageant brought to the limelight. How about super actress Liz Benson? Yes, we wrote about her too.

There is also Wunmi Adebowale, a beauty Queen, who is a product of the yearly Daily Times Miss Nigeria pageant. She is the beautiful 2nd wife of Dr. Yemi Ogunbiyi. In those good old days, she was hot. She has a baby-like beauty. She used to be very slim, but the leggy dark skinned LASU graduate lived in England for a while, before she relocated back to Lagos. There are others like Prince Omotunde Adelabu, the ex-Regent of Ado Ekiti, Fatima Folawiyo, the daughter of the deposed Sultan of Sokoto, Alhaji Ibrahim Dasuki who was married off to the late Baba Adinni of Yorubaland, Alhaji Wahab Iyanda Folawiyo.

When City People started we wrote a lot about the ex-beauty queen, Chuba Ikpeazu who emerged as one of Ben Bruce’s Winners of The Most Beautiful Girl in Nigeria, Binta Sukai, the curvy figured lady with well set facial features who became Miss Nigeria in 1991 without any competition.

There is also Ego Boyo who gained prominence through her part as Ann Hathrop in Checkmate and Regina Askia, another former Most Beautiful Girl in Nigeria. At that time Regina Askia blessed with unusual hazel eyes and a rather slender frame was a face to behold in Nollywood. She has since relocated abroad where she is happily married with kids. She is now into the medical line. She works in a hospital.

We also wrote about Ameze Imariaghe the popular actress who now lives in the US. She made an instant success with her home video, Flesh & Blood. She is blessed with 2 of the most alluring eyes.

We also wrote a lot about Angela Onyeador, who was then a leading celebrity woman. She has always been a lady of style & class. Her fair-skinned, big eyeballs.

At that time we also wrote about Toyin Raji, the beauty queen who emerged Nigeria’s Most Beautiful Girl, a title that qualified her to enter the Miss World Contest in 1995. She is beautiful, light-skinned blessed with dreamy eyes.

We also started off writing about celebrity women like Adeola Yesufu, who was then AGM, Corporate Affairs of Air France. She is now in retirement she is well built with weight and a personality that turns heads.

She has a beautiful daughter who looks like her. We also wrote about Nkiru Danjuma, the Corporate Lawyer, Nene Lanval (the younger sister of Ajoke Mohammed & Ireti Kingibe), Grace Ashafa, the beautiful owner of Total Look, who is also the widow of late Captain Tunde Ashafa of the Nigeria Airways, Queenette Alagoa, Lola Fani-Kayode, Ivie Imasogie (the Lagos Banker), Temi Stallings (with a set of big eyeballs), Agatha Chukwueke, (who was then the Sales Director of Abuja Sheraton and Beatrice Abebe, the wife of Henry Abebe, the junior brother of John Abebe.

In those good old days, we were the first to write about Nkiru Anumudu, the wife of the owner of Globe Motors, she is tall, fair and elegant. She is a fashion freak. She shops at all the big stores abroad, like Harrods in London.

She loved Hats then. She goes for expensive Hats.

We also wrote about Angela Uche Chikelu. She is from the illustrious Chikelu family. We wrote about Sonia Agbasi, a rich businesswoman.

Remember Joyce Udensi? She is the beautiful wife of Lord Udensi. She rose to become the Chairman of Citizens Bank, which her husband a rich Igbo businessman founded.

We also wrote about Tonia Ogboro, the wife of Polo buff, Francis Ogboro. She used to have a skincare shop on Louis Solomon Street in Victoria Island, Lagos.

There is also Uche Obi, the junior sister of an equally elegant woman, Dr. Mrs. Ify Nwakwesi. She worked at IAS Courier Service at that time.

We wrote about Zainab Abacha at that time. She is late Head of State, General Abacha’s daughter.

Where Are These Beautiful Celebrity Ladies? was last modified: February 3rd, 2021 by City People

NDLEA arrests passenger with cocaine worth N7b at Lagos Airport

Don’t use my image to promote your work without approval, Adunni Ade warns