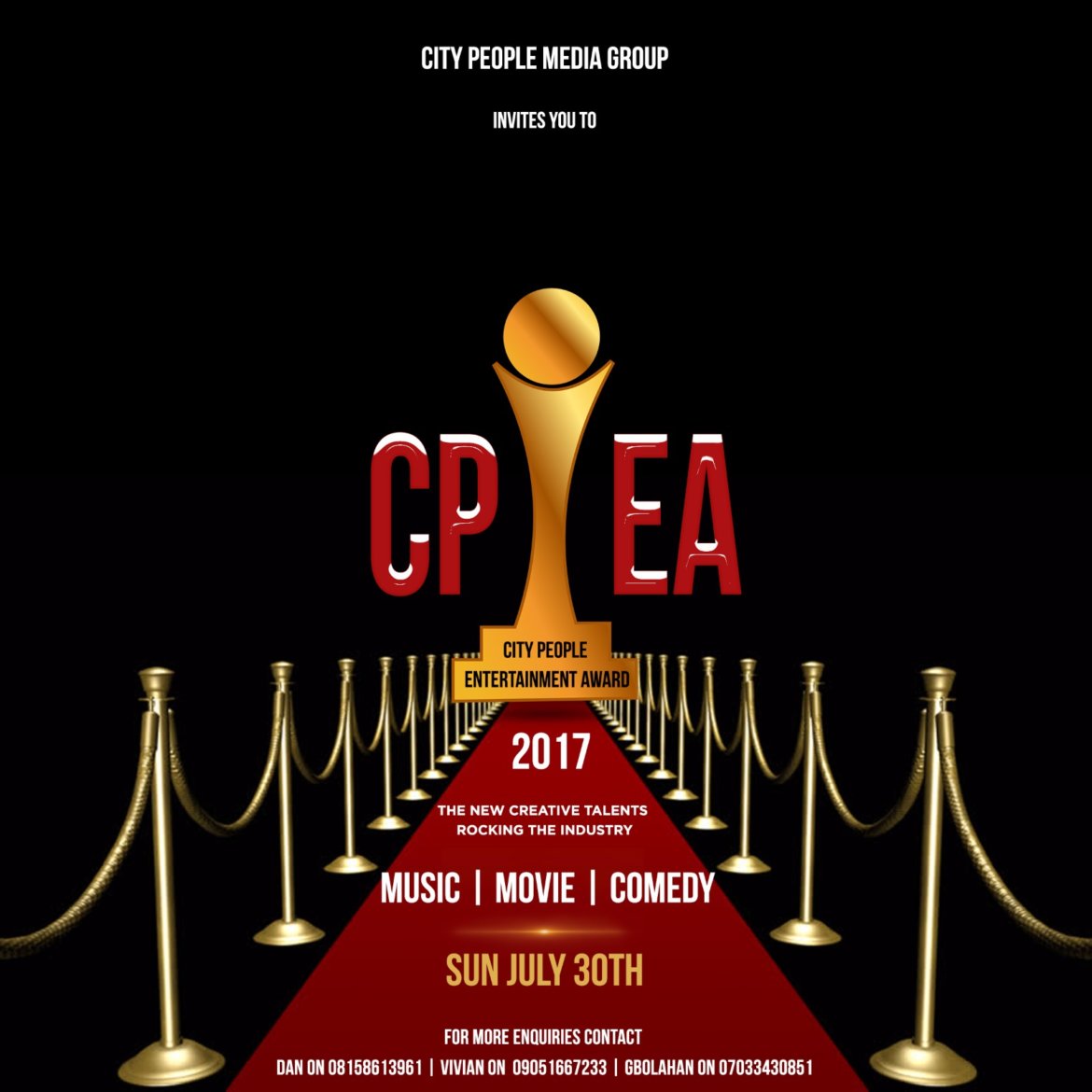 The City People Entertainment Awards (CPEA) is an annual award ceremony with primary objective of recognizing the contributions of Nigerian and African Entertainers.

The award ceremony, in its 8th year, is not only focused on recognizing Nigerian entertainers but also highlight Nigerians who continue to make an impact in our immediate communities in Nigeria or extended communities in the diaspora.

This year’ producers of the City People Entertainment Awards have decided to lay emphasis on the new talents in the industry. As we countdown to the prestigious event, we take a look at the most important female category in the music sector and wonder who would emerge the winner this year.

As the award draws closer, some female singers have remained relevant based on their performances over the past 1 year. The singers are, Aramide, Simi, Sheyi Shay, Tiwa Savage and Yemi Alade. Considering their impacts and achievement in the year 2016, these singers lead the pack of female acts in the music industry. Aramide last year, the ‘Funmi Lowo’ singer took the entertainment industry by surprise when she won the Best Female performance category at the Headies and she was hosted in Calgary, Canada in September. Her single ‘Love Me’ featuring ‘Orente’ crooner, Adekunle Gold, topped various music charts in the last quarter of the year 2016 thereby giving her the opportunity to clinch the Alternative Artiste of the year 2016 in the annual Nigerian Entertainment Awards (CEA). She is not new when it comes to winning awards as her award-winning single, ‘Iwo Nikan’, which she released on February 4, 2015, under the Baseline Music imprint was an instant hit as it opened doors for her and the music label.

Simi Despite delving into the Nigerian music industry as a gospel singer, Simisola  Bolatito Ogunleye, aka, Simi has proven to her numerous fans that she is an all-rounder. Her musical career came into limelight in 2014 when she released “Tiff”, a song from Samklef production and since then, she has never left any stone unturned in her quest to make her own point. Simi bagged the award as the Best Female Artist of the year at the last edition of the City People Entertainment Awards beating Tiwa Savage, Yemi Alade and Seyi Shay. So far, she has released number of singles and they are making waves in the industry with her latest single been “Smile For Me”. Would she be able to win the award again this year?

Seyi Shay has been knee deep in music since she was a kid. She started performing at the tender age of 6 and was part of her secondary school choir. She performed for the London Community Gospel Choir during their world tour which spread across 13 cities in Japan and won her critical acclaim. Last year, Exquisite Magazine released the Nominee list for the 8th edition of the,  Exquisite Ladies of the Year (ELOY) Awards, which saw, Seyi Shay, Tiwa Savage and Yemi Alade as Nigerian female singers that made the list. She also performed at the AFRIMA 2016, were she got some nominations and she also bagged nominations at the Headies 2016. 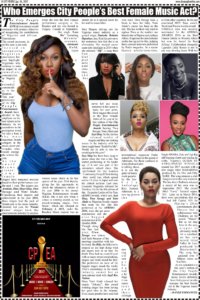 Though along the line last year, Tiwa Savage was almost laid back because of her marriage squabbles with her husband, Tee Billz, she failed to be stopped as she kept doing what she knows how to do best. No doubt Tiwa had an eventful year with so many award nominations, singles and deals round her belt. She performed on most of the biggest stages round the world. Tiwa’s consistency in the music industry earned her an international deal with JayZ Roc Nation.

Since Yemi Alade released her single, “Johnny”, this award winning singer has been having her good time in the industry. Even music pundits have said that ever since Tiwa Savage took a break to have her baby, Yemi Alade’s career has been on the rise. She has worked very hard to replace Tiwa as the number one female star in Nigeria and perhaps Africa. It appears the international media has agreed to this, judging from a recent interview published by Fader magazine. In a recent feature article/interview, international magazine Fader named Yemi Alade as the queen of Afrobeats. For those confused at what Afrobeat Fader is talking about, it is not the genre of music made popular by the late Fela Anikulapo Kuti. Instead, Afrobeats is a new tag given to the new type of songs being made by Nigerian musicians and their colleagues from other countries. In the just concluded MTV Base award, Yemi beat Tiwa to win the award.

NINIOLA who was recently nominated for the AFRIMA AWARDS 2016 as the Best Female Artiste in Western Africa but won the Award for Best African Collaboration alongside Uganda’s Eddy Kenzo is not in any way slowing down. With her Single SHABA, J’ete and Jigi Jigi still topping charts and tearing up clubs, Nigeria’s QUEEN OF AFRO-HOUSE NINIOLA opened her 2017 account with a new single titled MARADONA produced by the One and Only SARZ. The song remains a club banger even to this very moment.

The last time Chidinma released a record of her own was in September 2015. The record titled “Lorry” featured rapper, M.I.  Later on in March 2016, there were speculations that she had left Capital Hill for Flavour’s 2Nite Entertainment after Flavour had a collaboration with Chidinma on the record “Mama”. But as we may have it, the sexy singer is obviously ready for a comeback on her new record titled Fallen In Love produced by Masterkraft. The song has gathered over 9 Million views on YouTube.

As we countdown to this year’s edition of the City People Entertainment Awards, music lovers definitely have their eyes set on who emerges the best female act in the Nigerian music industry.

PS – Watch Out for Next Week’s publication on Who Emerges City People’s Best Male Music Act .

All of you choosing sides between 9ice...