Home News Who is the greatest captain in Nigerian Football?
News 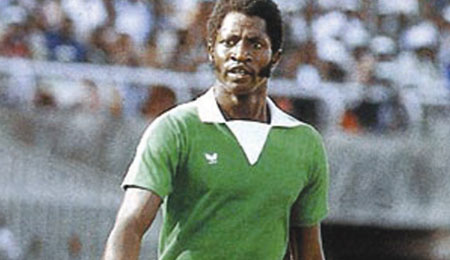 Who, in your personal experience and knowledge has been the best example of a Captain in Nigeria’s football history, since Independence in 1960?

That is the question I asked 9 knowledgeable and very experienced Nigerian football aficionados, mostly veteran journalists across several generations.

To guide them, I drew up a short list from a much longer one of many great players that have been captain at one time or the other through the decades since 1960. My list tries to separate the giants from the Lilliputians, and makes making a choice easier.

The following is my humble list. The captains represent, in my limited opinion, the most influential in Nigeria’s history. But who amongst them can be considered the very best?

Of course, there have been several other short-reigned and adhoc Captains along the way. But longevity is an important consideration here, and most of those that were only Captain for a short spell fall short.

There shall be 3 polls.

The first is with the 9 Nigerian football gurus specially selected by me that I believe should have an informed opinion. I called them personally and asked for their choice.

Their names and responses are in Operanews. But what a great team of knowledge and experience they make?

The second will be a poll of 9 footballers selected across several generations. They will also make their choice and justify it.

The last will be the choice by the public.
I shall collate the different responses and indicate the medium where they will be published.

All of these in the following days, starting from this morning. Watch out.

Who is the greatest captain in Nigerian Football? was last modified: March 31st, 2020 by Segun Odegbami

“Coronavirus Is Not The End Of Life, People can survive and I HAVE!” – Survivors Tell Tales

GIVE YOUR HOME A SUJIMOTO MAKEOVER AS...