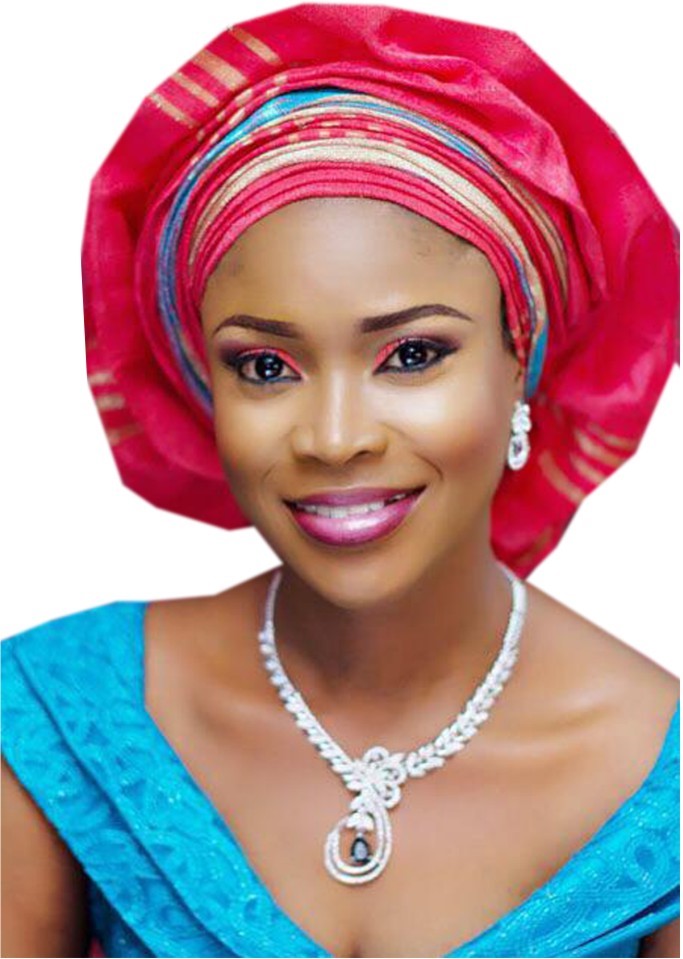 Until she resigned a few months back, Hon. Sola Arobieke was one of the aides of Gov. Ibikunle Amosun. She is from Odogbolu in Ogun State. She is one of the indigenes making Odogbolu town proud. She has contributed immensely to the growth of the town. She is from the popular Arobieke dynasty in Ododgbolu. Her father is the popular Bashorun Fatai Arobieke of Odogbolu. She is very cerebral and well educated too. Sola holds a first degree in Law with Business studies and a Master’s degree in Human Resource Management both from Middlesex University, London. She is a graduate member of the Chartered Institute of Personnel and Development (CIPD) England  and is currently a Doctorate of Business Administration (DBA) candidate with Middlesex University, UK.

She has over 17 years’ experience as a Management Consultant of which the last 10 years has been at senior management level with special focus on Strategic HRM, Research, MSME lending and development. She was also involved in academics. She served as Executive Director of Metropolitan School of Business Management, UK, (Lagos satellite office) for 2 years where she lectured on Managing People in Organisations & Study Skills for Postgraduates both essential modules for the award of an MBA.

She has been trained locally and internationally on Human Resource Management, MSME development, Microfinance banking operations and lending. She has valuable experience on Strategic HRM, Research & analysis, MSME development, Risk Management and joint venture funding. Apart from private sector experience, Sola has valuable experience with public sector working on various projects for some State Government in different capacities – Ogun, Oyo, Delta & Lagos. She served as Consultant to Oyo State Ministry of Trade, Investment & Cooperatives organising their 2014 Economic Summit & to Oyo State Security Trust Fund. In Delta State, Sola, is currently a Consultant to QBCIL a company appointed by Delta State Government to handle land management services of the State. She is also a Consultant to the newly formed Delta State Signage & Advertisement Agency.

Sola is currently the Managing Partner for Anayas Consulting Limited, a position she has held since 2019.  She is also married and blessed with 2 children

Sola Arobieke’s involvement in the last  General elections in Odogbolu, brought victory to APC party in the town. And they are all in happy mood right now.

You will recollect that, recently, some of Gov. Amosuns aides resigned. They include the Chief of Staff to the Governor, Chief Tolu Odebiyi, the Commissioner for Youth and Sports, Mr. Afolabi Afuape, Lanre Edun, Tola Banjo, Bolanle Gbeleyi and Muse Lamidi, Bayo Adeyemi, Sunday Bamiwola, DewunmiOnanuga and Sola Arobieke. They disengaged immediately, to enable them pursue their respective political ambitions as stated by Governor Ibikunle Amosun who conveyed his acceptance in a press statement signed by Samuel Oluwasanmi, the Director of Administration & Supplies, Bureau of Political Affairs & Administration, Office of the Governor.

Many people were surprised because the 30 days required for resignation of political appointee to resign was yet to lapse. Recently, Sola Arobieke hosted APC EXCOS, party faithful and supporters in Odogbolu Local Government to a Victory Party at her father,  Bashorun of Odogbolu’s villa. The party was well attended by dignitaries and indigenes and Sola played host to all the guests before she spoke to City People Assistant Editor, SUNDAY ADIGUN on why she organised the victory party and also revealed why the 8 aides of Governor Amosun resigned in December.

Let me congratulate you on the successful outing. What really motivated you to do this?

Basically, we had a very competitive election and I was the Deputy Director General of Odogbolu Local Government Campaign Committee and we won. So we are celebrating the success of our Governorship Candidate, Chief Dapo Abiodun, and the House of Assembly Candidate, Atinuke Bello. There were lots of challenges but we are so grateful to God. Odogbolu has never recorded this kind of success.

The marging recorded at the polls has never been this high, and it was the collective effort of bringing good people into the party. Personally, I went round campaigning and I promised them that we are going to excel. So this is just to motivate people, to appreciate them for the effort and to tell them APC is a party that brings people together. Also we are proud of our party.

What are your expectations from the Governor elect?

You are among the 8 people that resigned from Amosun’s cabinet in December. Can you tell us why?

The Governor was forming another party, APM and I am an APC member. And it is important for me to be able to identify what I need to do, being in his cabinet will not allow me to achieve my aim, it will go against my principle. So I decided to resign and I am sure it is the same thing for the remaining people.

Many people said good things about you and how you have been single handedly impacting the lives of the indigenes, what really inspired that?

That is just me. It is just who I am. No man can run anything alone. The more successful and happy people you have around you will determine how successful you are. Why would I want to be in Odogbolu and not want my neigbour to do well or my kinsmen?

It is just a natural thing. I don’t even think it is a big deal. We are all here today dining and wining together. We are all happy everybody is going home with joy. It is not because I am interested in contesting for any post or anything.

I just believe that I can bring joy into my town. I can celebrate with my people because I am proud to be an indigene of Odogbolu.

Tell us about the Arobieke dynasty?

My father, Bashorun Fatai Arobieke is the Basorun of Odogbolu. He has no contemporary when it comes to helping people, bringing people up. I have heard many testimonies about my father. I always been hearing such testimonies even when he was still alive. And I also needed to do a lot more for people to be able to keep up the good work.

What is your advice to all the indigenes of Odogbolu?

I do a lot of community programme and projects. I used to tell my people that I am an Odogbolu babe. I have assisted lots of less privileged. I am proud to do it, I am proud to be here and I encourage others to come home too. Nobody can send you away from your home. I believe whatever I do here will help my people. Let them come home and impact their community too. Thank you.