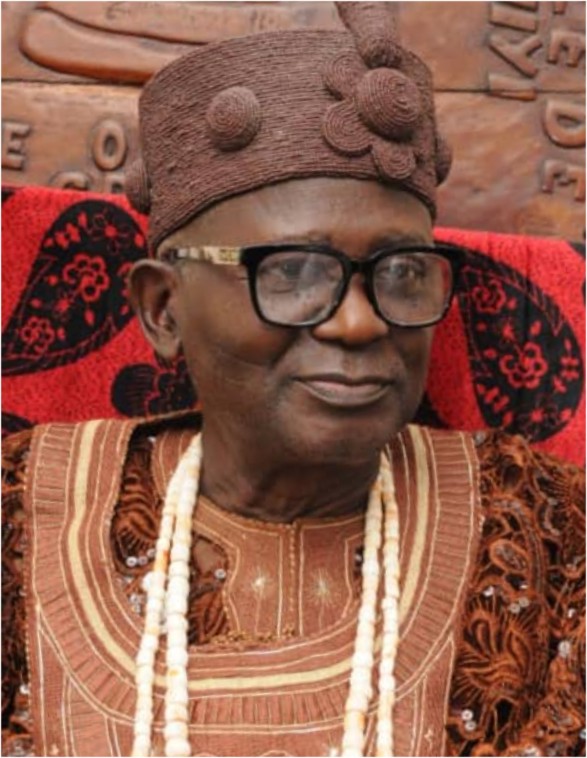 His Royal Highness Alaiyeluwa Oba Abdulwasiu Ademola Sobowale is the Olowu of Odolowu, Aiyepe-Ijebu. His domain, Odolowu, is one of the 6 towns that make up Aiyepe-Ijebu.

He was involved in the burial arrangements for Alhaji Shafi Shittu, the late industrialist from Aiyepe. On Sunday, 8th May 2022, the day the body of the Lace Manufacturer was laid to rest, Oba Sobowale spoke to City People Publisher, SEYE KEHINDE and LOLA AKINSANYA at Aiyepe-Ijebu. And he revealed why Aiyepe people will miss the late Alhaji Shafi Shittu plus why Aiyepe has 6 Obas. Below are excerpts.

What kind of person was Alhaji Shafi Shuttu when he was alive?

Many don’t know this.  Baba happened to be Regent of the Odi Olowu. He handed over power to me as a Regent. He is a well-focused man that believes in what he believes and he is a great man. We give glory for a wonderful life well spent. From the age of 30, he has been living in Aiyepe town and to the glory of God, he spent 90 years and that is enough to give glory to God, there is another Shittu. His brother. We do call him  S.M and the other person we call S.A. Prince Sulaimon Ademola and that is his partner and we do call Baba  Saffy Mobolaji Shittu. In the ’70s, they both took Ijebu Aiyepe to the world map with a factory, we call it Lace factory in the ’70s, ’80s. All over the world, you will be hearing Aiyepe lace. He has done so well. We usually call them 4pillars and the 4pillars consist (1) Prince Sulaimon Ademola Shittu (2) Prince Shaffy Mobolaji Shittu (3) Kas (4) Alhaji Bisiriyu Adebayo Olurombi, alias Owo Legbon.  They are all Alhajis. They brought good things to Aiyepe. The Aiyepe central mosque, it was the 4  of them that paid for the land. Even though it is Odiolowu land. Yet they paid for the land. They have done a lot of great things. And we are all looking up to them. Alhaji Saffy Mobolaji Shittu was the first person to return from Lagos in 1983 and we the young ones came to Aiyepe to set up good business. And he is a pillar. He died on the 7th of May and we all in Aiyepe have lost a gem, not only in Aiyepe, but the whole of Ogun State and even Nigeria as a whole. And he has a lot of things to accomplish. That there is future for, due to their handwork that we are now calling Aiyepe (small London). If you look at everything he has done, it is top-notch and there is nothing you can see inside Aiyepe that you will not mention Alhaji Shaffy’s name because he is always available to lend a helping hand. He is one of those who love their town. He has wives and children. And he is the head of the Royal family Odupele ruling house, one of the ruling houses in Odi Olowu. We have 6 towns in Aiyepe, each town has its own Oba and the great man belongs to the 6 towns. And it is a thing of joy that he was able to celebrate his 90th birthday in February this year but nobody knows what will happen after that day. But we give God the glory.

Can you tell us a bit about the 6 towns?

How is everything organized in Aiyepe? How do the 6 towns relate? Tell us the history….

In the olden days, where we call Aiyepe today was the Odi-Olowu, though during the war from Oyo, Abeokuta they usually capture the small ones and turn them to slaves, the 6 towns now consulted the Oracle and then whatsoever the Oracle says is what the  Yorubas do believe that they should go and settle at Irapa Shogbesan which means the Land of Shogbesan and everyone now left it’s own settlement to settle with Odolowu in Aiyepe, and every one has its own settlement and that’s how they are given the name Aiyepe and since then, we have been doing things together with understanding till today with different Obas and for the understanding and unity it is perfect and that’s what’s unique about Aiyepe.

Let’s talk about you, as the Olowu of Odolowu, Aiyepe Ijebu. How has it been since you came on the throne how many years now?

I came on the throne on November 24th 2018. I give glory to God, with the help of my people because I met a good foundation like I said earlier those our fathers had done a great job so far, like retaining what our forefathers have given them so that we can build on the solid foundation that we met and like now I will be 4years on the throne and we have been working diligently to make things work well so that the town can move forward, and it is a privilege to be the Oba of Aiyepe, and by the grace of God, those before us have done a great job and to try and maintain the good name.

How is it easy for you to settle down, especially for someone who lived in Lagos?

Many don’t know that Aiyepe has been a social town, for so many years. And I’m used to the town though I was born in Lagos and it is easy for me because I used to come to Aiyepe when I was young and Alhaji Shaffy is the one that encouraged me. He used to say that Alayeluwa has been in this town since 1983 and you will not know I live in this town because all functions in Lagos I will be there and even in Ogun State. And he asked me to give it a trial and I tried it for 6 months before I was crowned as the king. I can say it is not easy but after being crowned though the discussion between me and my wife was that I should be staying Monday to Thursday in Aiyepe and Thursday to Sunday in Lagos. But after 6 months, I realised it is not going to be easy, and most times if I decide to start going to Lagos, I may be told there is a meeting or you have to attend to a lot of things, and since I have made a vow and when I’m about to take the job and I look at it that I will adjust and to the glory of God I did not regret it because he made me close to my responsibility and it made me know more about my town Aiyepe and I will not be close to baba Shaffy and I am grateful to him because he was a real pillar for me, I am going to miss him a lot I am going to miss the advice and the discussion and many more, because we usually sit down and rub minds together like this is how I want development of the town to be, even though morally and financially he is a philanthropist and I am happy I took the decision of staying in this town.

READ ALSO: MEET THE LADIES WHO MAKE OTHER LADIES RICH

Meet The Ladies Who Make Other Ladies Rich