Home News Why Chief SHONEKAN Was Buried In LAGOS
News 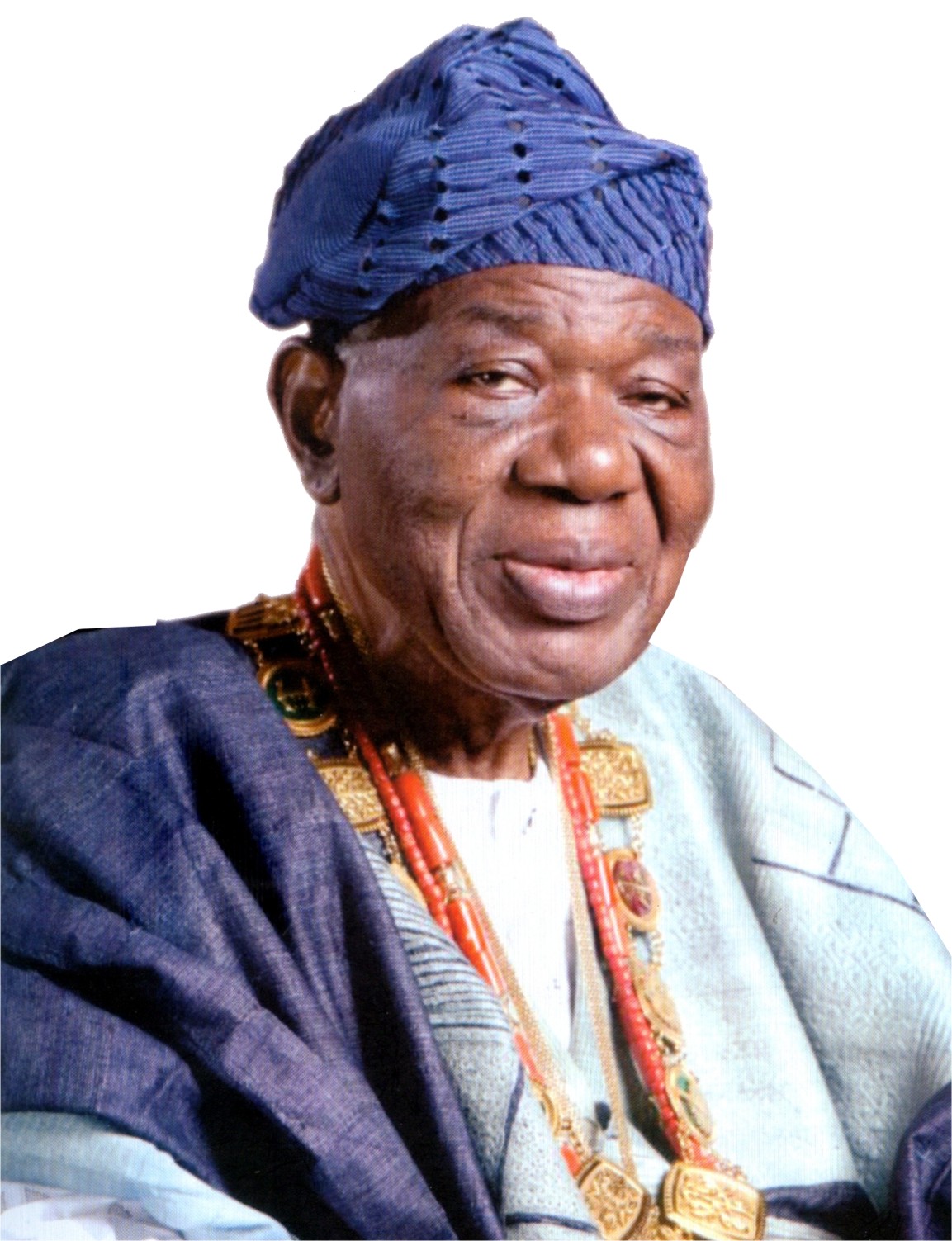 •And Not His Hometown ABEOKUTA

The burial of His Excellency, Chief Dr Ernest Adegunle Oladeinde Shonekan last Friday was a classy one. It was a State Funeral Service held in honour of the man who was head of the Interim National Government and Commander-in-Chief of the Armed Forces of the Federal Republic of Nigeria.

But many wondered why the family chose to bury him in Lagos and not Abeokuta where he hails from and where he occupies a respected chieftaincy title. Until his death, he was the Abese of Egbaland. He was also the Baba Isale of Egbaland.

Usually, respected Yoruba elders like him often like to be interred in their home towns. That has been the tradition and custom for years. Whether they have lived all their lives abroad or in a city like Lagos, they usually like to retire home. That was why many people wondered when the decision came that Chief Ernest Shonekan was going to be buried in Lagos.

Indications that he would not be buried in Abeokuta was quite clear a few weeks ago when his widow and family members kept receiving guests at their Lugard House, Ikoyi home. Some people began to wonder, why not Abeokuta, where he also owns a beautiful house? Pres. Buhari was one of those who paid a visit to their Ikoyi home. And then came the burial last week.

City People can tell you why. We can reveal authoritatively that it was the choice of Chief Shonekan to be buried in Lagos, just like his father. We gathered that his father was also buried in Lagos. It is also because in his lifetime he was cosmopolitan in outlook. His lifestyle was not as traditional as other Egba Chiefs. He spent more time in Lagos.

So, before his death, he had made it known that he would love to be buried in Lagos. He would also love his family members to follow suit. And it was in keeping with his wish that the family agreed to bury him in Lagos.

The burial rite of Chief Dr Ernest Adegunle Oladeinde Shonekan began on 1st February 2022 with Service of Songs by Cathedral Societies Service Arms. It was held at the Cathedral Church of Christ, Marina, Lagos. And on the 3rd of February 2022 was the Christian Wake Keep and Night of Tributes at Harbour Point in Victoria Island. Lying-in-state was at his residence on 4th February and State Funeral Service was at Cathedral Church of Christ, Marina Lagos. Interment & Parade of Honour was at Ebony Vaults, Ikoyi.

Let’s tell you more about this great Nigerian. Chief Ernest Adegunle Oladeinde Shonekan, in many respects, was a man of destiny. He had the singular honour of rising to the top in the leading private sector organisation of its time, and as fate will have it, he also became Head of the Interim National Government and Commander-In-Chief of the Armed Forces of the Federal Republic of Nigeria at a time when

the ship of the Nigerian State was tottering on the brink.

He was born in Lagos on May 9, 1936, to a Christian family, his father, Pa Adegboyega Shonekan was a devout Catholic while his mother and her siblings were Methodists. He was christened when he was 6 months old at the Holy Cross Cathedral, Popo Aguda, Lagos.

Determined to give him the best in terms of education, his parents enrolled him at the then CMS Girls School, Lagos. Though named a girls’ school then, the school also enrolled some boys. It was at this school that he was introduced to the Anglican Church. Chief Ernest Shonekan moved from this school upon the completion of his primary education to the CMS Grammar School, also in Lagos. He completed his secondary school education in 1956.

In his quest for higher education, Chief Ernest Shonekan travelled to the UK in 1957 after a brief stint with the Federal public service. He graduated from the University of London with a degree in Law and was called to the Bar both in the UK and in Nigeria.

Armed with his qualifications as a Solicitor and advocate of the Supreme Court of Nigeria, he was employed in 1963 by UAC of Nigeria Ltd (later, Plc), then the largest private-sector organisation in the country as a Legal Assistant. He progressed rapidly within the organisation becoming the Legal Adviser by 1975, the year he was elected to the Board of Directors of the Company. In 1980, he was appointed the Chairman and Managing Director of the Company.

While in UAC, then a subsidiary of the Anglo-Dutch group, Unilever Plc, he had many challenges, mostly occasioned by changes in government policies, rules and regulations.

Working with his teams and with the help of God, he was able to successfully navigate through most of these challenges. These challenges, however, emboldened him to selflessly lead the advocacy for the evolution of a more conducive or supportive business environment in Nigeria.

As the Chairman and Managing Director of UAC, Chief Shonekan led the company to several heights. He and the Company received numerous awards and recognitions in the private sector. It is to his credit and that of his leadership team that the company recorded impressive performances in various categories over several years of his tenure and until his retirement following his appointment as Chairman of the Transitional Council and Head of Government on January 2, 1993.

Chief Shonekan got married to his heartthrob, Chief (Mrs.) Margaret Oyebola Shonekan, (MFR) on December 4, 1965, at the Christ Church Cathedral, Lagos and the union is blessed with 5 children who are now established and doing well on their own.

Chief Ernest Shonekan wanted his beloved country to take a rapid leap forward in national economic growth and development and was convinced early in his tenure as a business leader that given his vantage position, he ought to take responsibility for leading the advocacy for the country to embrace numerous policy reforms to make the economy competitive to attract both local and Foreign Direct Investment (FDI).

He teamed up with like-minded business leaders to form what was then known as the Enabling Environment Forum (EEF). The Forum collaborated with relevant multilateral organisations and Non-Governmental Organisations and provided policy input and other recommendations to the government on various issues impacting the growth and development of the national economy. While few of the recommendations received the attention of the Government, the majority were left on the bookshelves.

He quickly realised that in order to reform the national economy, accelerate growth and development and provide opportunities for all, the seeming dichotomy that existed then between the public and private sectors needed to be urgently addressed and laid to rest. This was what informed the convening of the first Nigeria Economic Summit in 1993 when he was the Head of Government and Chairman of the Transitional Council set up by General Ibrahim Babangida administration.

This first economic summit brought together key players in the private and public sectors and helped engender confidence-building between the two. With this summit and the subsequent ones, the case for ongoing dialogue and constructive engagement on policy, budgeting and other relevant issues became unassailable. This began what has become the regular interactions between the private and public sectors in Nigeria to foster rapid economic growth and development.

This first Economic Summit of 1993 was the precursor to today’s Nigeria Economic Summit Group. It is in this context that Chief Shonekan can be regarded as a founding father of NESG.

The work of the group speaks for it and it is a befitting legacy to his commitment as a reform-minded leader keen on ensuring Nigeria’s rapid economic advancement.

As Chairman of the Transitional Council and Head of Government between January 2, 1993, and August 26, 1993, Chief Shonekan worked tirelessly with other members of the Council to introduce numerous reforms including the abolition of various dedication accounts in addition to setting up a Budget Monitoring Committee to ensure effective implementation of the 1993 budget. At the same time, he maintained the focus on the transition agenda of the administration.

On August 26, 1993, he was invited to head the Interim National Government following the crisis engendered by the annulment of the June 12, 1993, presidential election. He quickly moved to douse tension in the land engaging various stakeholder groups across the length and breadth of the country. One of his first acts was to free people detained by the military government for political reasons. He also allowed free and unfettered operation of the press.

In addition to other key national issues, Chief Shonekan boldly and courageously set out another Political transition agenda which was to culminate in the election of a president within a short time frame. This was, however, not to be as he had to resign this position at the instance of the Military barely 3 months after.

He was again called upon to head the Vision 2010 Committee set up by the administration of General Sani Abacha, GCFR, to fashion out a vision for national development when the country would have attained 50 years of independence from Great Britain.

He again patriotically and selflessly led a team of distinguished men and women from all walks of life to accomplish this task over a period of 9 months. The blueprint that the Committee came up with is also a befitting legacy for which he will be fondly remembered.

A devout Christian, Chief Shonekan never liked missing any church service wherever he may be in the world. Following his confirmation at the Christ Church Cathedral, Lagos prior to his departure to the UK for his higher education, he continued to worship there while in the country. A member of both the Torch Bearers Society and the Guild of Stewards, he was also a patron of a number of societies including the Cathedral choir. In London, he initially worshipped in Trafalgar Square, but later regularly worshipped at St. Paul’s Cathedral.

When asked to share the secrets of success, he in his characteristic humility categorically stated that he did not know of any magic wand, but that he held on to some core values, which he believed could help in the journey to success in life. He frequently highlighted the following: • Integrity, accountability and transparency • Personal discipline and respect for others • Diligence including putting in one’s best in whatever we do • The imperative of identifying and harnessing opportunities in a legitimate way • Passion or commitment to do things better and leave a place or organisation better than you met it • Being ready to learn from others regardless of age and status by readily admitting that one does not have all the answers • Above all, believe in God as it is only the Almighty that can make a man succeed in life.

A very thoughtful man; kind-hearted; patient; peace-loving and indeed, a model of peace; caring and dutiful father and grandfather; loving husband; visionary and patriotic elder statesman; eternally positive or optimistic; calm and exceptionally courageous leader imbued with wisdom and grace. He will be greatly and sadly missed.

READ ALSO: WHY THE IJEBU CAN’T FORGET THE ODUTOLA BROTHERS IN A HURRY

Why Chief SHONEKAN Was Buried In LAGOS was last modified: February 7th, 2022 by City People