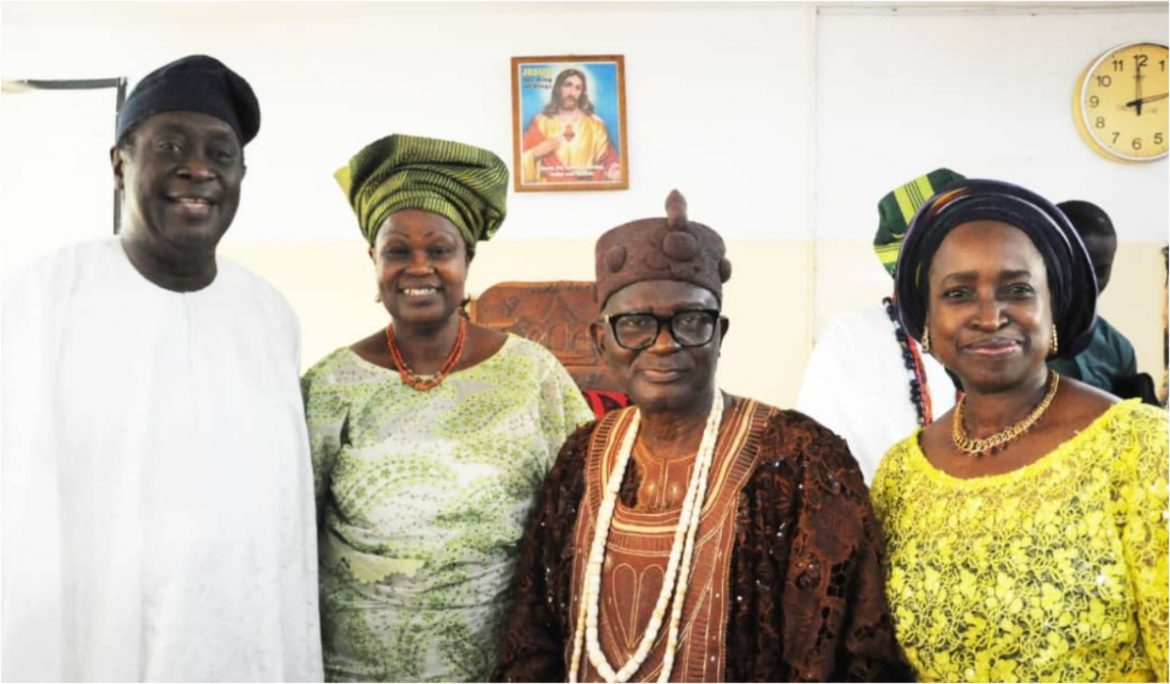 Every first Saturday in May is significant in Gbangon land. It is a special day of celebration for sons and daughters. Many of them travel from far and near to be part of the occasion.

Gbangon is a noble town in Osun State, Southwest Nigeria. It is a large town which houses the headquarters of the Aiyedaade Local Government Area of the state. Gbangon is a town where knowledge thrives. It has produced nothing less than 75 professors and 650 Doctors. The kings of Gbangon answer to the title Olufi. History has it that the founding father of Gbangon, Olufioye Olufiade was a crown prince of Oyo and son of Oba Abiodun Adegoriolu, the Alaafin of Oyo of blessed memory who reigned between 1750 to 1789. Olufiade migrated from Oyo with large followership after the demise of his father as he lost his bid of inheriting his father’s throne. He then had to leave Oyo as tradition demanded and this made him finally settle in Gbongan Ile. Ever since, Gbangon had witnessed the reigns of 8 Olufis while the present king, HRM, Oba Dr. Adetoyese Oyeniyi is the 9th in succession.

Although the Olufi Day is a ceremony named after the traditional title of the king of the land, it is all about developing the land to an enviable height. It is a great event which usually attracts eminent personalities like the Osun State Governor, traditional rulers, politicians, business moguls and captains of industries. The celebration of Gbongan Olufi Day according to a respected Chief, Lameed Dupe Majasola Alaran, the Ikolaba of Gbangon land, dates back to 1981/82. 40 years after and still counting, the ceremony is gaining more and more prominence among the people of Gbando, home and abroad. Ahead of the yearly occasion, they identify core projects needed in the town while they donate to make such projects come to reality. Through this laudable occasion, many developmental projects have been accomplished and the entire town is getting its dividends. This is one of the reasons they won’t miss the event. It is always fun. it’s indeed an event to be.

Parts of projects accomplished include the upgrading and beautification of the Palace, building of City Town Hall; an elegant edifice, disbursement of scholarships to students, and others. This year’s Gbongan Olufi Day did not fall short of expectations. It was held on 7th May 2022 and well attended by top dignitaries. Notable big spenders of the day were the likes of Dr. Wale Babalakin (SAN), Prince Murtada Adeyemi, Dr. Akin Ogunbiyi, Chief Bolaji Akande, Chief Mrs. Oyeyemi Apeke Akande and many others. They all contributed generously to the multi-million naira fundraising geared towards enhancing the development of Gbangon.

I Never Knew I Will Grow Old To Be 70 – AKURE Prince, LANA ADESIDA