Why I Am Eager To Represent IKEJA @ The House Of Reps 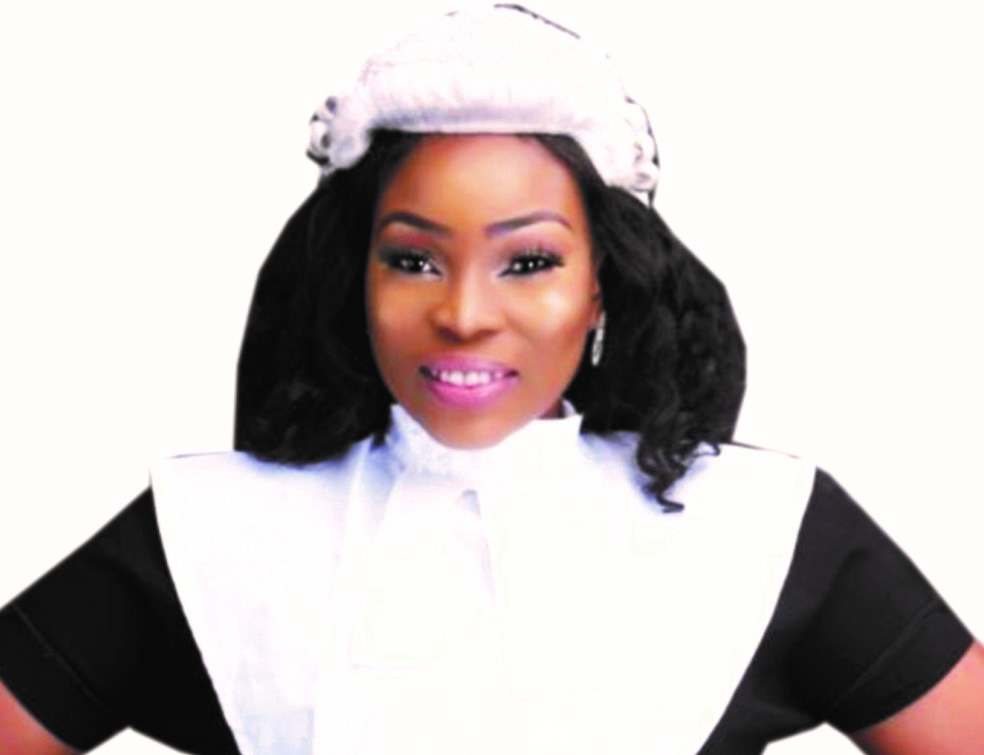 Her posters are all over Ikeja in Lagos. So also her billboards. Although she looks slim and petite, she is a tough nut to crack. Of course, as a woman, you have to be tough to take on the big players in Politics. That is the story of Comrade Fareedah Abiola Okunola who wants to represent Ikeja Federal Constituency. She is contesting on the platform of a new party called Alliance of Social Democrats (ASD).

She is a young babe who wants to go in and change the system. She is daring. She is bold. And she has refused to be intimidated. She is new in  politics. She says she is running to make a point, which is that its high time the older politicians shift and yield space to the young ones.

She is a lawyer. She is vibrant. And she is radical in her ways. She holds strong views. And she is not worried at all. That is why she adopted the prefix of Comrade to her name. She has always been a radical from school. Back then she was involved in student unionism. She is still actively involved. She studied Law at UNIABUJA.  Studying Law has emboldened her to fight for Justice, Rule of Law and Equity. That is what has made her survive the rigours of campaigning for elective office. She knows Ikeja well. She was born and bred in Ikeja but schooled in Abuja where she bagged a Diploma in Law in 2009 and got a Bachelors of Law in 2016 before she attended the Lagos Law School.

How has the campaign been? City People asked her a few weeks back. “It’s been tough. Its been challenging”, she says. “My name is Comrade Faridah Abiola. I like to be referred to as a Comrade because so many people, who are being called Honourable don’t live honourable lives. I have been into activism for some time now. I am not an orthodox politician. I try to stand out. I love humanitarian gestures. I love to help people. I don’t usually feel happy when I see people around me and I can’t help.

What has been the challenges she has faced?

A lot. There has been a lot. Of course you expect to face a lot of challenges in Politics, especially when it comes to Youths and then Females. The youths have not been given a chance. So also the Females. Some people think you have better chances running for public office as a female. I don’t think so. Its actually more tasking in real life to want to run as a Youth and as a female in this society. Part of the challenge is that the older politicians have monitised the environment. They have made it to seem like, if you want to run, you must be a millionaire. You now need to have a lot of money to be able to run for office. Talk of someone like me, who wants to run for Ikeja Constituency. I am running for House of Reps in Ikeja. Its like an uphill task because they can’t just figure out what kind of guts has she to go straight to House of Reps, not even House of Assembly? What courage does she have? The party I am running on is ASD, Alliance of Social Democrats.”

But why didn’t she join APC or PDP? Why ASD?

“Because I feel comfortable in ASD. I wanted a change. APC and PDP are parties we’ve known for a while. Why don’t we change?. Why don’t we start a new beginning? ASD is a new party which I am part of the formation, which is why I actually feel it is the right and better party to run under. The ASD is not a normal political party you just join and secure tickets and the only time the members of the party have something to achieve ot to gain from the party is when there is an election. No. ASD is like an organisation. It is a formidable organisation. It is like a society where its members are shareholders of the party. They carry you along. You feel a sense of belonging. Once you secure your membership card you are entitled to so many things. I don’t want to say it here. I don’t want other parties to steal our ideas”.

But how come we don’t hear about the party?

“Its because we are new, she says. “We have to still do a lot of work. We have so many strong members. A huge number of them. Some of them choose not to make noise and prefer  to be under ground. The National Chairman is Dr. Emeka Okengwu. He once worked with the world bank. He is an Economist. We are a different kind of political party, so you can’t expect us to be like other normal political parties. It is painful how this Not To Young Bill is not being allowed to function properly. I don’t know if this is the right time for this Not Too Young To Rule Bill, which has enabled me run, because we agitated for it and after we got it, we now realised that there is more to running for office than just having a Bill in place. There are so many other things that is pending that needs to be sorted before we actually go for this Not to Young Rule thing like the issue of Money. Like a friend of mine says, jokingly,  it is not actually supposed to be Not To Young To Rule But To  Poor To Rule?. This is meant to be a joke. But the reality is that you need money to run for elective post. You need to spend a lot. You have to pay Agents. You need 2 Agents in each polling unit. Apart from the money for campaign, you need money to spend on election day, to pay for all those working for you.

Take, for instance, you are running in a Local government that has, let’s say, 10 wards, like in Ikeja. You have over 380 polling units and then you have at least 2 agents in each of the polling units. That’s for your election day. Those agents won’t go empty-handed. You have 2 agents on the field. You have Canvassers Because they are your loyalists, you can decide not to pay them but you must pay your agents. If you give them like N5,000, you need to pay 2 agents in each polling units. That is over N3 million. As a youth where will you get this from?. You need to spend on printing posters. The atmosphere is not conducive enough for the youths to fit in. It has been monetised. We are hoping that Nigerians will wake up and see the need for a revolution, for a need for total change. Thank God for the huge number of youths that actually came out. I am really amazed. I actually pray that when we get there we wouldn’t be worse than the old politicians, because some people always say the youths are even worse than the older people that they claim are not doing the right thing. I think the youths have not been given the opportunity. These old politicians have taught the young politicians wrong values. It’s really sad. Do you believe that some of my age mates I go to campaign to, want to collect money from me?. They want me to pay them before they can even canvass for me. And we are in the same age group. It is sad. We need to encourage the youths. We need good followers and good leaders. We need to educate a lot of people. There are so many things I also got to know recently when I started this contest. Politics in Nigeria is a different ball game. There are a lot of things the older players have clouded our vision with. They clouded our vision with so many myths. They hold back some information they ought to have given us free.

READ ALSO: HOW I GOT THE CALL TO SET UP OUR CHURCH 30 YRS AGO

Why I Am Eager To Represent IKEJA @ The House Of Reps was last modified: February 4th, 2019 by City People