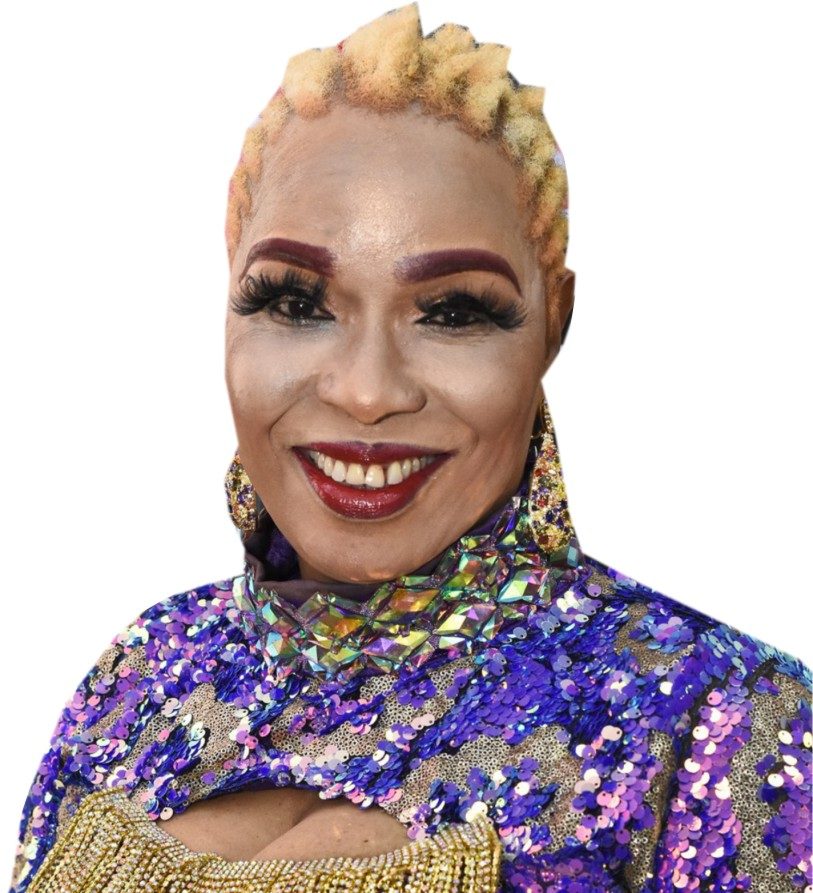 A few days ago, one of the top veteran actresses Madam Ashabi  Aderonke popularly known as Ashabi Olorisha stormed City People’s head office in Lagos. During her visit, the U.S based actress gave a lengthy account of her relationship and her near-death encounter while battling Depression in 2019. While speaking to City People Publisher, SEYE KEHINDE and SUNDAY ADIGUN, Madam Ashabi Aderonke also revealed reasons why she released an Obituary of herself and her new book. Below are the experts of the interview.

It’s the grace of God, people say I am too down to earth, though I don’t believe. So, I just know it is the grace of God. Whatever you like doing, you have to do it the best way. You don’t let pride take over you because when you put yourself down, God will raise you up and the way you can be raised by God is what people are saying about you. If out of 10 people, 7 are saying good things about you then God will bless you. It is like the Yoruba adage that says “ohun eniyan ni ohun olorun”

I have been acting for over 40 years. I would say almost 50 years because I was in my secondary school when I started. I started in 1977 to be precise, at Ebute Metta. Late Leke Ajao, Koko Sari’s father happened to be my father’s friend. Whenever they were going for rehearsal they will stop by at our house at Lagos Street Ebute Metta. Actor Araosan used to be one of his apprentices at that time. From there, this man saw me and talked to my dad saying “this girl is too smart” and all of that. Then, he used to call me his little wife when he tried to encourage me into acting but my dad always rejected it.  So he kept on pressurizing my dad telling him “this girl has something to offer”. From there I also took interest and started running after him. Whenever my dad goes to work, I will run to their rehearsal ground to watch them. Then one day, baba just said to us that the Village Headmaster wants to do auditioning and it is opened and whoever is interested should signify. We collated our names and we went to NTA. When I did the auditioning and I was picked, I forgot about the Yoruba sector and continued with Village Headmaster. From Village Headmaster late Danladi Bako saw me and picked me up. I joined Ali Balogun and RMD then I joined tales by moonlight. When Village Headmaster was moved to Ajara in Badagry I followed them until I decided to join the Yoruba sector. I just went to the National Theater and I met Lola Idije, I told her I wanted to see Alade Aromire, he was the one making waves then because he happens to be the first African to produce home videos. They gave me his contact, I spoke to him and to God be the glory the rest is history because Alade and I were like brother and sister. I happened to be his P.A even while I was in the UK till his last day on earth.

Who is the man behind your glow?

I have been so unfortunate when it comes to men. I am a very caring and loving woman because I can spend my life on a man, to bring him to my standard, to be able to bring him out to the public and call him my own. The last one nearly killed me because I almost took my life, it went viral. One of my friends who heard it first started to run around making contacts in the US. She fortunately contacted some people who broke in to my house to save me. They were professionals in the mental health sector and they took me before the Paramedics came. If the Paramedics had been there before them, it would have been the end for me. These friends took me to an N.G.O center called Women in Distress; it was like a home where we were just given therapy and no drugs. While I was there I met with lots of white people and doctors. I met a particular patient that told me about voices in her head, then I remembered when I worked as a mental health person in the Uk and people tell me about these voices. I usually do not believe and try to talk them out. It became a reality when I also began to hear voices telling me to go into the woods. I did as I heard in my heard driving into the bush dressed in only my night wear without any inner wears or my shoes on a stormy night. This happened on the 28th of May 2019. That day, God sent me an angel it was a white guy. If he wasn’t God sent, he would have called the police and I would have been taken to a psychiatric home. He asked if I am okay and I confirmed that I was. He brought out my car from the bush and I drove home. When I got home I began to hear those voices again telling me to pick up a knife. I started looking for a knife, I have varieties of knives and I was carrying a bag not knowing that it was the knife bag. From nowhere I felt a slap and another voice in my head telling me to speak out so I called people to talk about my problem. The N.G.O I was in also had a branch in New York so they came again to rescue me for better treatment.

What led you to all of these challenges?

I was broken by a man I thought I was going to spend the rest of my life with. This is not even a young man. This is an elderly man and he was 66 years old at the time. We came to Nigeria by December 2018 to Lagos and he left me in Lagos to get engaged to a very young girl in Oshogbo. I thank God today because he has been paid back, God used my situation to expose that man because a lot of people whose lives had been destroyed by him started coming out with proofs.

Was this why you posted your obituary?

That was when I did my obituary; I wanted to do my burial before death to tell people my story before I eventually take my life. I am actually writing a book on it called “Burial before Death”.

Did the burial actually hold?

No, the event was not allowed to hold because people went on social media and told people not to attend. At the date of the event I was at the N.G.O the center for Women in Distress but I just wanted to tell women the story of what would have led me to suicide.

What were the things that would have led you committing suicide?

This was depression, neglect, frustration, bipolar depression and suicidal thoughts.

Would you give love a chance again?

What is your message to women going through such phase?

God has been using me to help other women when I came out, I lecture women telling them not to care about what people will say. That was my problem too, I thought people will say that I can’t keep a home with my age or I will be mocked. Right now it is better to be mocked alive than to be mocked dead, people will still insult you if you commit suicide and if you leave the marriage. It is better for people to say she left that marriage again than she killed herself because of a man.

READ ALSO: 10 THINGS TO DO TO BE FREE FROM SPIRITUAL BONDAGE – PASTOR OLUKOYA REVEALS