Why I Was Reluctant To Take Pastor Adeboye As My Father 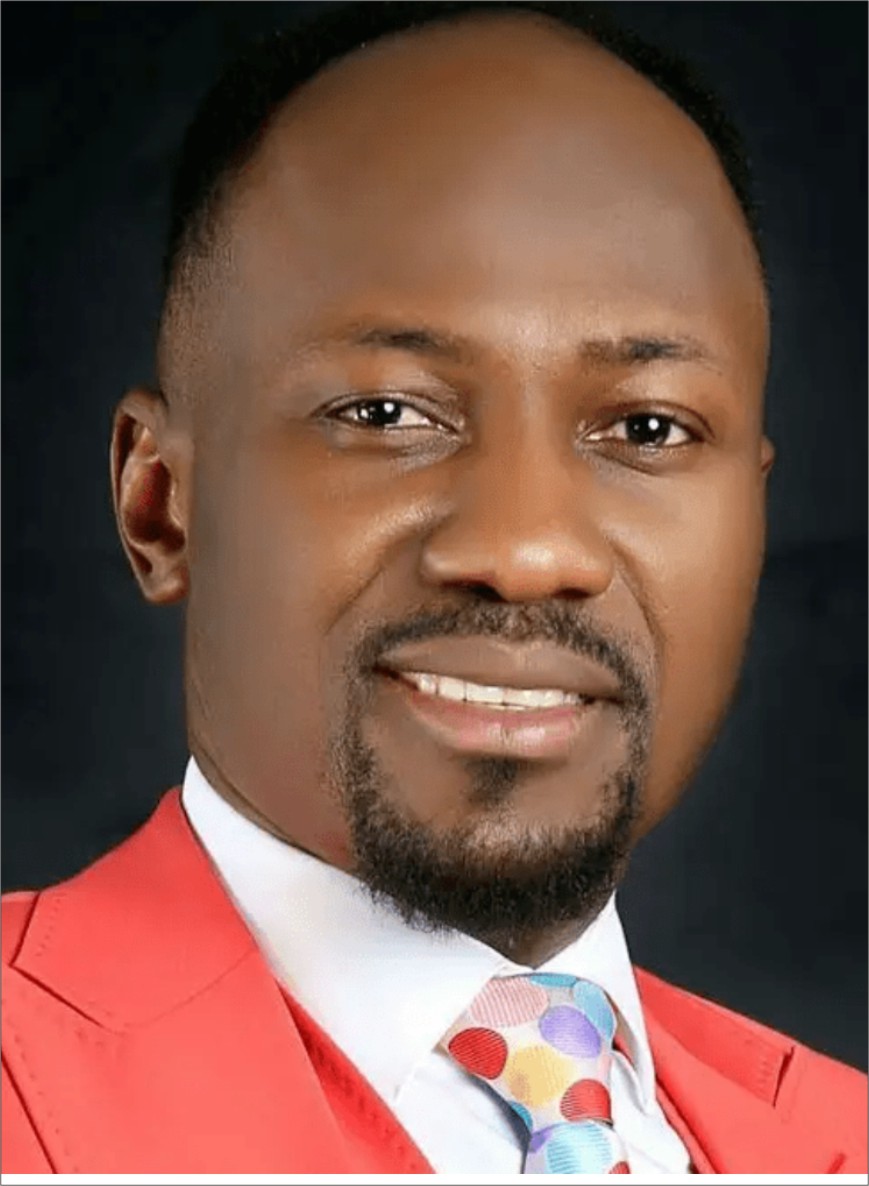 Apostle Johnson Suleiman of Omega Fire Ministries certainly needs no introduction. He is one of the most controversial and flamboyant pastors in the country today. In the last few months, this very popular man of God has been embroiled in several controversies linking him to be in illicit relationships with some notable nollywood actresses. Some of the actresses he is alleged to have been involved with are Iyabo Ojo, Halima Abubakar, Chioma Ifemeludike, Steph Nayah and several others. The hugely liked man of God has repeatedly denied having anything to do with the said actresses. But the stories have kept resurfacing with no one yet to come up with any substantial evidence that he was indeed involved with any of these ladies.

But that is not the thrust of this story. Many do not know that Apostle Johnson Suleiman is very close to Pastor Enoch Adeboye, the Genera Overseer of the Redeemed Christian Church of God. Pastor Adeboye is his spiritual father. He is in constant communication with Baba Adeboye. Anytime he desires to meet with the Redeemed Church’s General Overseer, all he needs to do is put a call through to him directly and an appointment is fixed. That is how close they are. Pastor Adeboye is spiritual father to dozens of other young pastors and he creates time for them whenever they need to seek his counsel. And he has been of tremendous spiritual assistance to many of them. They all crave to be under his spiritual umbrella. This is why it came as a huge shock when City People learnt that, years back, it took a while for Apostle Suleiman to accept and embrace Pastor Adeboye as his spiritual father.

In a shocking revelation made a while ago, the General Overseer of Omega Ministries, Apostle Johnson Suleiman disclosed the reasons why he failed to immediately accept Pastor Enoch Adeboye of the Redeemed Christian Church of God, RCCG, as his spiritual father.

Suleman said he was reluctant to take Adeboye as his spiritual father because he was loyal to the late Archbishop Benson Idahosa.

Addressing his members, the clergyman also disclosed how the General Overseer of RCCG affected his life during his early days. Pastor reshaped his ministerial horizon and opened his eyes to a whole new spiritual life. Suleiman said his mentality changed after he listened to Pastor Adeboye’s ministration and miracles.

According to Apostle Suleiman: “In 1992, I came to Auchi to visit my father as a believer. By then, I was only preaching in minor places. One day, I was told about a program in a church. Pastor Adeboye was preaching during the program, and he knelt down to pray. When he got up, he called God ‘my daddy.’ I got angry at first; then he said again that we had a mad man outside.

“Immediately they brought the mad man, he said to us, let’s worship ‘my daddy’ and shortly after the worship, the mad man got healed. The funny thing was Pastor Adeboye was very calm when saying this. I was just speechless because I never knew God’s plan for me through him.

“After the program, I didn’t bother following him up because the late Benson Idahosa was my spiritual father in the lord, and I can’t betray him. My father in the lord died in 1998 in March, and I was now fatherless. So another crusade where over 4 million people (lekki 98) gathered, God used Pastor Adeboye greatly with the word of knowledge. I was still observing.

Clearly, Apostle Suleiman has fashioned his style of preaching and ministeration after the respected Pastor Enoch Adeboye. But he still does not stand in one spot to preach and minister the word of God like his spiritual father. He is far more energetic, moving from one point to the other while on the pulpit anytime he preaches. This is to be expected as he is still young, more vibrant and still bursting with energy. The flamboyant and controversial man of God who has continued to call the bluff of his detractors, telling them they can never pull him down no matter how hard they try, still remains one of the most popular and hugely followed man of God you can find anywhere in the country.

Why I Was Reluctant To Take Pastor Adeboye As My Father was last modified: January 16th, 2023 by Wale Lawal