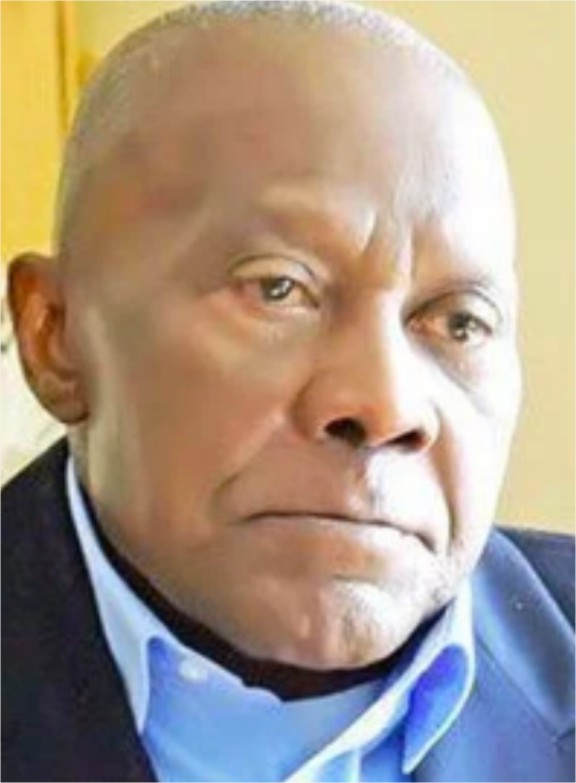 The death of Senator Francis Arthur Nzeribe on May 3rd, 2022, has robbed Nigeria of another colourful politician, who befuddled admirers and followers alike with his mercantile democracy that made him a ready tool in the hands of a military president, General Ibrahim Babangida, who wanted to perpetuate himself in power by annulling June 12 presidential election won by Bashorun MKO Abiola.

Nzeribe was a billionaire, who had his fingers in many pies. He was operating in Britain before returning home during Babangida’s era and believed he would contribute his quota to the transition to civil rule programme of the government of the day. In London, he was into the exportation of heavy equipment Oil & Gas trading in arms and ammunition, weapon merchanting or gun-running. He also believed that he could use the transition to the civil rule programme of Babangida to climb political rungs to realise his ultimate political ambition.

Nzeribe believed he had founded a partner in Babangida, who would help him in realising his burning ambition as the march to the 1993 presidential election was the ‘baby policy’ of the day. Babangida had, however, shown signs that he was not totally committed to the letters of the transition to civil rule programme. He had shifted the date of the completion of the programme on several occasions in the past. The new date set for the presidential election was June 12. The body language of the military president did not, however, indicate that he was interested in the completion of the programme.

It was at this point that Babangida secured the patronage of Nzeribe. The military president induced Nzeribe to play a spoiler’s role. Association of Better Nigeria (ABN), a non-governmental organisation, owned by Nzeribe and others went to an Abuja High Court to plead and request a court order to stop the scheduled June 12 presidential election. Most observers at the time regarded Nzeribe’s quest for a court order to stop the election as an effort in futility. Why? There was a decree enacted by the federal military government that categorically stated that no court or tribunal had the power to stop the election. In other words, any court order that was contradictory to the wording and directives of the decree was abinitio ultra vires. That was why people regarded Nzeribe and his men as jokers. That, however, was not to be.

With the backing of the military president, Nzeribe made nonsense of the decree that claimed superiority over any court or tribunal’s order.

The judge who sat on the proceedings of the Abuja High Court, Justice Bassey Ikpeme was a new hand on the bench. She was practising law in the chamber of Akpamgbo, the Minister of Justice and Attorney General of the Federation. The suit brought by the ABN was the first that the new judge would preside over. The proceedings went into the night after the national flag had been lowered. The urgency for the order couldn’t tolerate adjournment.

Justice Ikpeme granted the order, restraining the Federal Electoral Commission (FEDECO) not to conduct the election. The order, it appeared, came too late. The horse had bolted before the stable’s gate was shut. The decree that had been enacted earlier, to members of the public, raised doubt on the potency of the court’s order.

People were not unaware that the all-powerful decree was what the military used to suspend the Grund Norm, that is the constitution. The decree, to all intents and purposes, was more powerful than any court order. No wonder people regarded Nzeribe and his co-travellers as jokers. Despite that no polling booth was constructed throughout the country for the election, electoral officers, however, came to designated polling booths to conduct the election and voters came out in droves on the D-Day. There was no obstruction anywhere in the country. No rainfall despite that the election held in June, a wet season, and there was no violence. The election was peaceful, free and fair.

Two candidates who represented the two recognised and registered political parties, were Bashir Tofa, who contested on the platform of the National Republican Convention and Bashorun MKO Abiola, who was the standard-bearer of the Social Democratic Party (SDP). On June 13 in the afternoon, an announcement on the Nigerian Television Authority (NTA) Channel 10 on Victoria Island said the presidential election had been annulled. The announcer did not attribute the statement to any source. The statement was written on just a sheet of paper, not the letterhead of any office.

The Babangida’s hatchet man, Arthur Nzeribe, with his ABN had killed a presidential election which foreign and home observers described as the freest and fairest election in the annal of Nigeria’s politics.

From more than 80 per cent of results from the counting of votes, the SDP’s candidate, Bashorun MKO Abiola was ahead, coasting to victory with a wide margin that Bashir Tofa was unlikely to level up with.

In African culture, eath in a way makes the dead holy. At the Senate’s sitting on Tuesday a day after the Oguta Chief, Nzeribe passed on Sunday at an unnamed health facility in a foreign country, the Senate President, Dr Ahmad Lawan, directed Senators to observe a minute silence in honour of Nzeribe. The man was a two-term Senator, from 1999 to 2007 and by that membership has earned the honour at the Red Chamber of the National Assembly.

Lawan did not stop at that. He lamented the death of Nzeribe as a loss to democracy. Lawan painted the Oguwata Chief in the pleasant colour of glorification. He called on young politicians to emulate the late Senator in their political careers. Lawan’s lauding of Nzeribe’s democratic credentials was nothing but deceitful. The ghost of the annulled June 12, 1993 presidential election would continue haunting the remembrance of Nzeribe. Was what he did a promotion of democracy? For Lawan to urge young politicians to emulate Nzeribe was an imprecation on the country. No person, even an enemy of Nigeria would call for a repeat experience of the June 12, 1993 political saga.

READ ALSO: SEE WHAT WE HAVE BEEN ABLE TO DO IN 15 MONTHS – LAGOS EAST SENATOR, TOKUNBO ABIRU

Why Many Nigerians Can’t Forgive ARTHUR NZERIBE was last modified: May 18th, 2022 by City People

See What We Have Been Able To Do In 15 Months – LAGOS East Senator, TOKUNBO ABIRU