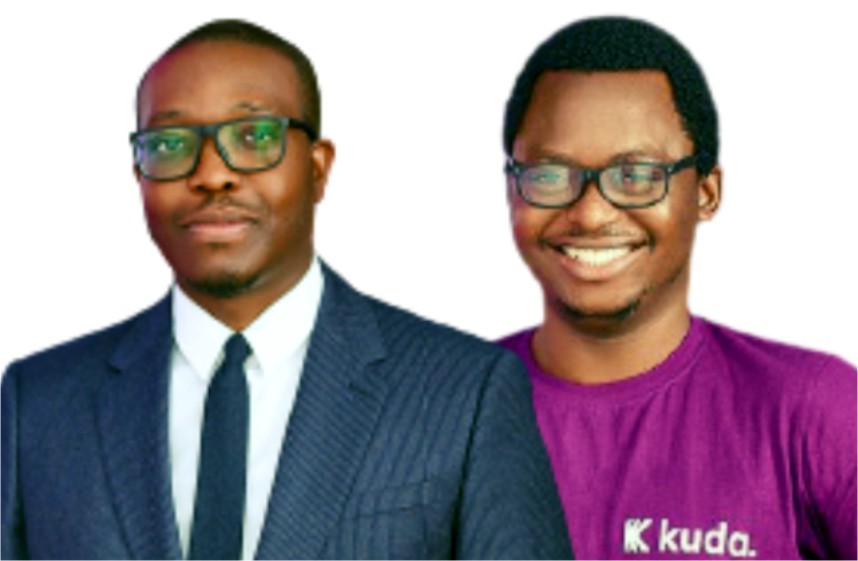 •City People Reveals The 2 Tech Gurus Who Started The Bank

Against the yearnings and heap of complaints by banking customers, Kuda Bank has come to bridge the gap in Nigeria’s financial market.

The millennial bank, Kuda Bank is the first financial institution that comes close to creating a convenient platform, where customers can carry out all their banking transactions without having to visit a physical branch.

Kuda Bank, founded by Babs Ogundeyi and Mustapha Musty, started out in 2016 as Kudimoney (“the bank of the free”), online-only savings, and lending platform, and had gone through a couple of funding rounds before transitioning into Nigeria’s first actual digital-only bank without a physical location.

Kuda Bank is modelled for the internet-savvy population, providing them with the same banking services irrespective of location, but without the time and stress that comes with conventional banking.

Users can open a Kuda account by simply downloading the app and signing up, after which they get a free debit card delivered at no cost nationwide within two weeks.

This will save the time of queuing in the bank and resolve complaints from a mobile device without having to visit any bank.

To make it easy for users to resolve transaction issues that may occur while using the app, Kuda provides the 30-digit session ID for every transaction.

Kuda Bank also has an automatic savings option where users can save automatically and earn up to 15% annual interest.

Let’s even shock you more, Kuda bank do not deduct any form of bank charges from your account or any of your transactions

As part of the launch promotion, the bank offered 25 free interbank transfers monthly for all customers who opened a Kuda account before January 1, 2020 while extra transfers to other banks cost N10 each.

Kuda has a wide branch network where customers can make deposits for free, thanks to its partnership with three of Nigeria’s biggest banks.

Debit cards are also issued by access bank, pursuant to a license from Visa International & Verve.

The bank also offers a high level of security to protect customers’ personal information from unauthorized use, and allows them to freeze debit cards from the app when it goes missing.

Other security features include; a validation mechanism for every user, a circuit-breaking mechanism that flags down transactions higher than the usual range. This way, if a customer that usually does ¦ 50, 000 transfers, suddenly attempt an N500, 000 transfer, it will be flagged to alert the customer of a potential mistake, or of a fraudulent transaction.

Besides its partnerships with Access Bank, Guaranty Trust Bank, and Zenith Bank, Kuda Bank recently became the first Nigerian bank to be added as part of the Binance P2P payment options, making it possible for people carrying out Peer trading of cryptocurrency on Binance to make and receive payments with their Kuda Account.

Its ‘Spend and Save’ feature is similar to what is found on other Fintech apps, and it automates the removal of 2% of every expense made from the user’s balance as savings for a rainy day fund.

Like other competing Fintech, Kuda Bank also has to do a KYC feature that verifies user information using the Bank Verification Number (BVN).

Let’s introduce the two geniuses who started this move

Born in the United Kingdom, Babs Ogundeyi is the CEO/MD and the founder of Kuda Bank. He is an expert in finance having started his career and studied at Brunel University, London in the United Kingdom. Over the past years, Babs has worked in both the private and public sectors of finance.

He has spent most of his life in London where he attended King’s College Taunton.

Babs has spent most of his career working within finance, both in the private and public sector. He has worked for PricewaterhouseCoopers advising banks and was also a Senior Special Adviser on Finance to the Nigerian Government.

Babs Ogundeyi has been in the Fin-tech sector for over a decade. In the course of this period, he was and Engagement Manager for Price Water House Coopers (Pwc) from October 2002 – March 2010 where he led audit and advisory engagements of banks and other financial service organizations across Africa.

In March of 2010, he became a partner at Redbrick Ltd in Nigeria performing financial advisory assistance and private equity till January 2012.

While he was in Oyo State, he was the Head of the State’s Microfinance Bank turning it from a $2m loss position into a profit-making entity within 4years. He was responsible for capital raising in the state. Successfully led the largest Bond raise in the State’s history – a 55 billion naira bond program.

He also set up the Public Private Partnership (PPP) office and Debt Management Office (DMO) in Oyo State. He created products to boost Internally Generated Revenue, leading to a 5x increase in 4 years. He set up and managed Oyo State Pension Contributory Scheme.

He is married to Honey Oyindamola Ogundeyi. She is a fashion tech, CEO of Fashpa, an entrepreneur, Innovator and a vlogger.

ICT wizard, Musty Mustapha easily comes to mind when you think of high-achieving tech founders in Africa. The Kuda co-founder stands out in an industry that has glamorised the college dropout stories of founders like Mark Zuckerberg and Bill Gates, seemingly as a benchmark for success. He graduated from university with a first-class degree and a distinction in his undergraduate and postgraduate studies, respectively.

Musty studied computer science at the University of Ilorin, where he made a first-class before getting a distinction at the University of Lagos during his postgraduate studies. While at UNILAG, he worked with a software company called CBC EMEA, building internal tools for the company and supporting enterprise applications for its clients.

Musty had a stint at Keystone Bank for a couple of weeks before he proceeded to First Bank, where he was fortunate enough to build a lot of banking applications. He wrote the first version of First Bank inter-bank transfer services and maintained it till he left the bank.

When he left First Bank, he joined Stanbic IBTC, where he worked for four years. It was there he met his co-founder and started Kuda, and then he had to resign to face Kuda squarely. He assumed responsibility at Stanbic and oversaw teams of software developers, cross-functional software developers, and teams generally.

Why Many Young People Are Opening KUDA Bank Account was last modified: June 21st, 2021 by Reporter