Home News Why My Mum Is The Secret Behind My Success – GENESIS Pastor, ISREAL OLADELE OGUNDIPE
News

Why My Mum Is The Secret Behind My Success – GENESIS Pastor, ISREAL OLADELE OGUNDIPE 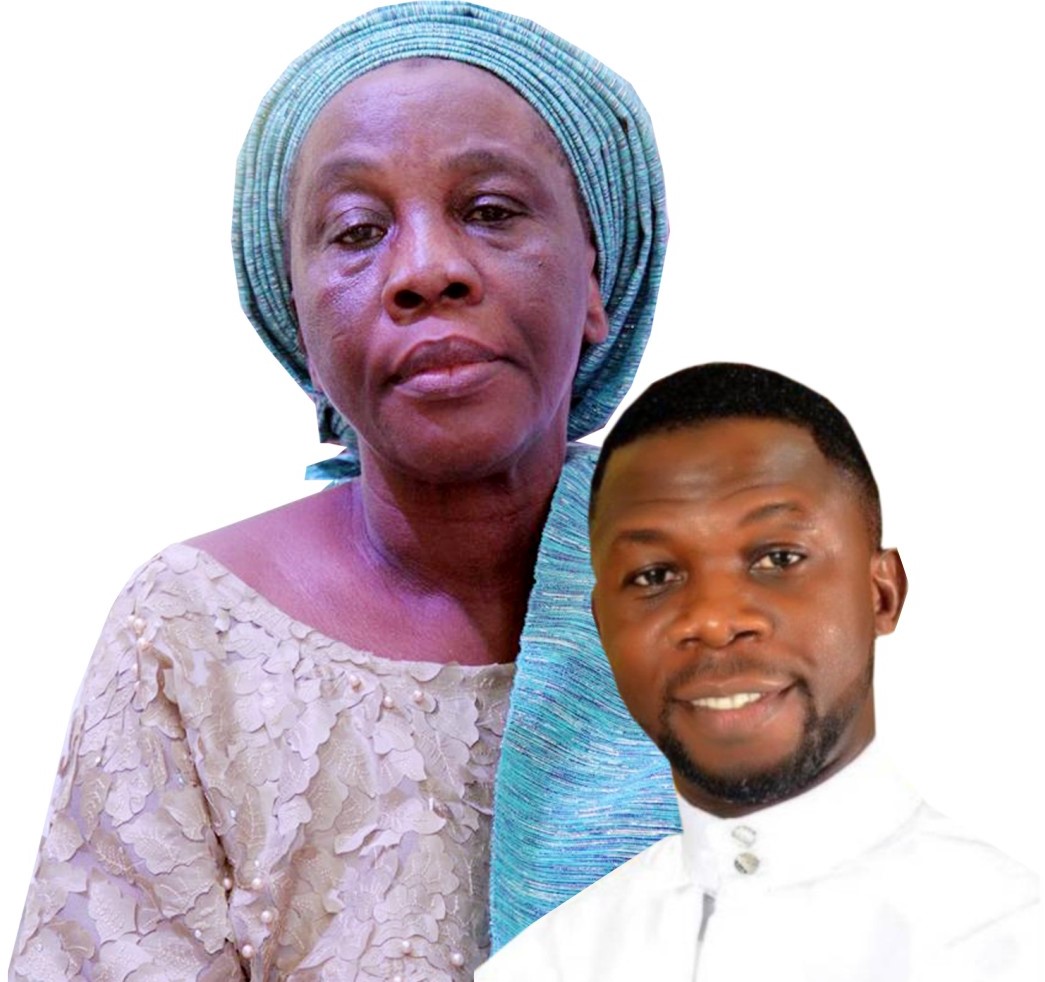 Prophet Isreal Oladelele was born on the 10th of March 1974 into a Muslim family of late Elder Ogundipe and Dorcas Ogundipe. He is the first child of the family and was born into abject poverty. He barely managed to attend the elementary and high school in Nigeria, he was always out of school most times in search of what to eat and help reduce the suffering of his parents and siblings.

He has always been a church boy, always in company of his mother, going from one prayer meeting to another.

His mum taught him the very essence of prayers and the need to always trust God completely. His father was a Deacon, while the mother, a Deaconess in a Pentecostal Church of Nigeria. Prophet Isreal Oladele always finds it easy to tell who cares to listen about his humble beginning, so as to inspire lots of people in life, who are at the verge of giving up. According to him “We were taught how to fast and pray. Even when there’s nothing for us to eat they would say we should be fasting, I never knew God was using the ordeal to build us, my mother wore one cloth for many years and people mocked her, that she served the God the most, the one that came to church most, the one who cleaned the Church most and yet the poorest. But all that has changed now. Along the line I met Prophet Femi Soyeye, who showed us love and started going to his church, I started playing the drum for them because I am a talented and creative person and when they said I should join their church I was like, let me go to a church where they don’t change their clothes, since I don’t even have much in the first place. We were living at Oshodi before we moved to Alagbado.”

“The only money my father made then was three thousand naira and that was the money he used to buy a piece of land at Alagbado area and he built the house and moved in after. When I was in that Celestial Church that was when the gift of God started in my life. We were condemned considering the fact that my father was a Deacon and my mum is a Deaconess.”

Today, after all the suffering and ordeal the Pastor and his family went through, due to determination and hardwork, Pastor Isreal Ogundipe is a dynamic motivational speaker, mentor, role model, coach, father, singer, drummer, composer and a philanthropist. He is an author, writer and publisher of so many inspirational books.

His true life story will inspire you, motivate and challenge you to live with hope, through his  grass to grace story. He is an ardent believer in the potency of the spirit and word of God, plus a dynamic gifting from God to combine his calling as a Prophet and a teacher to many living souls. He never gave up hope in life despite his difficult situation, he fed his family whatever is given to him, after playing drum at the church, and that was what his family kept surviving on. Later on, things started getting better, Pastors in his parents Church were not ready to help, he decided to put his destiny in his own hands. Subsequently the gift of Prophecy. That inherent in him started manifesting coupled with a lot of fasting, which his family members also keyed into and it worked. In 1999 Pastor Isreal revealed that the first set of people God used him for, bought him a  land and from there he started his ministry.

Today, he has over 6000 congregation members at his church in Alakuko, he also another branch at Isreal with over 1000 members who gather there weekly for Thursday and Sunday services.

No doubt, prophet Isreal Ogundipe is one of the leading CCC pastors whose doctorines and principles are based on the word of God.

He has changed the face of his ministry exempting himself from some beliefs of the conventional celestial and performing wonders. He has worked over 20 years in the Vineyard of God and has written many inspiration books.

Over the weekend, this very humble and highly respected man of God threw a grand party to celebrate his mum at 70 yrs, and while at the party in one of his many speeches, he said his mum is behind the secret of his success, because she went through many ordeal just to train him and his siblings especially when his father died. She hawked vegetables and got engaged in lots of menial jobs, also that many times he will want to consider giving up, due to the hardship, but the mum kept encouraging him, that things will get better and he will make it in life.

Also at times,  she always showed him Kwam1 on the television playing music, and telling him that he will become famous and wealthy like the Wasiu playing music, because they both share the same name. “Wasiu”. And she never relented in fasting and praying for her children to make it in life, which eventually came to manifest. Pastor Isreal Ogundipe holds his mum Deaconess Dorcas Ogundipe in high esteem and does not joke with her. Even in his office, one will only see his mother’s portrait and also that of Rev. Mrs. Esther Ajayi hanging on the wall, with the inscription on Rev. Esther Ajayi’s picture as “My Destiny helper”.

Why My Mum Is The Secret Behind My Success – GENESIS Pastor, ISREAL OLADELE OGUNDIPE was last modified: August 26th, 2019 by Biodun Alao

Why I Chose To Celebrate My Mum @ ALAKUKO Area – Genesis Pastor, ISREAL OLADELE Speaks About His Mum