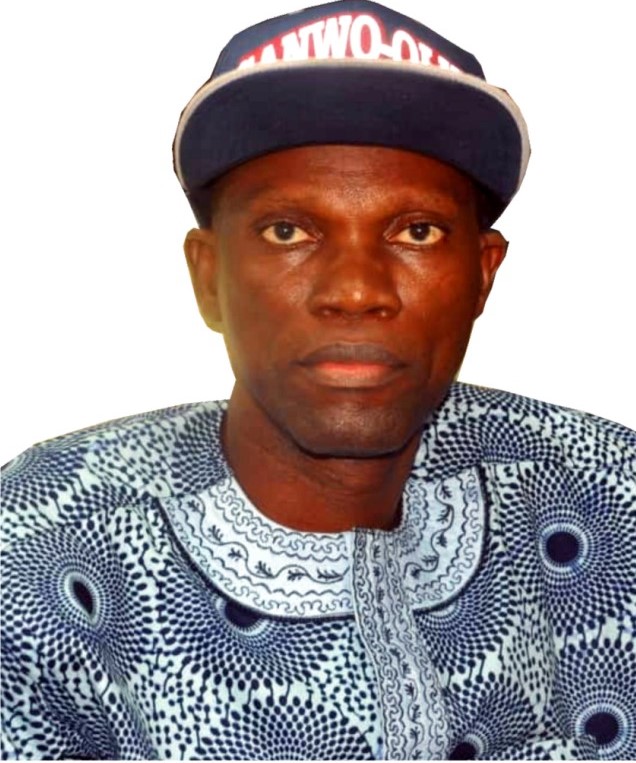 When the announcement came a few days ago that Tayo Ayinde, the slim and easy going Director General (DG) of the Babajide Sanwo-Olu Campaign Organisation had been named the Chief of Staff to the new Governor of Lagos, it didn’t come as a big surprise to many. This is because more than any other person, Tayo Ayinde put in a lot into making sure that Sanwo-Olu won the last election. He was the engine room of the campaign. He worked round the clock and coordinated many groups, all to ensure victory. He did a good job as DG.

When he took over as DG, he changed the style of game and achieved a tremendous result in mobilizing people and disseminating information as at when due.

Let’s tell you more about Tayo Akinmade Ayinde who hails from Ikorodu area of Lagos State. He was born on the 24th of August, 1964 at Alausa, Ikeja, Lagos. He attended St Peters’ Anglican Primary School, Alausa, Ikeja where he obtained his First School Leaving Certificate, and his West African School Certificate from Ogudu Grammar School, Ojota, Lagos. He was admitted into Federal Polytechnic, Anambra where he was awarded Ordinary National Diploma (OND) in Banking and Finance and Higher National Diploma (HND) in Accountancy. He worked briefly with TELL Magazine as Accounting Officer, in 1993.

In that same year, he joined the State Security Service (SSS) and retired meritoriously in 2009. While in SSS, he worked with former Governor of Lagos State, His Excellency Asiwaju Bola Ahmed Tinubu as his Chief Security Detail. He fully joined politics in 2009. His masters’ degree (MBA) in Financial Management was from Lagos State University.

Lagos born Tayo Ayinde is a committed supporter of universal human values and an advocate of support for the less privileged. He has a strong passion for security and development and believes in empowerment and in the opportunity of prosperity for all. He is involved in many charities and initiatives to help the poor and the sick. He is also dedicated to helping young people for whom he strives to be a model. His main aim in life can be summarised as working hard to be considered by others as a life-giving and a God sent to many, especially the less privileged.

Tayo Akinmade Ayinde is a humble gentleman. He had touched the lives of a lot of the party members which many of them can attest to

Recently, City People Online Editor, SEUN JOSEPH and GM Production, WAHAB BASHIR, spoke with Tayo Ayinde during the Governor Babajide Sanwo Olu gubernatorial campaign, a few months back. He spoke extensively on the choice of Sanwo-Olu, and what Lagosians should expect from him. Enjoy excerpts.

How has it been so far in the campaign for Sanwo-Olu?

We have just started the programme today as you can see. After the just concluded primary, we are meeting with all our structures as we met them before the primary. We are sensitizing them on how to canvass the electorate in the coming elections. We are aware of the challenges ahead, so we are grooming every party member in the needed requirement to achieve our desired result, and today is the first day. Today, we have met with all the 57 Local Government party secretaries, simultaneously with all the ward secretaries. We brainstormed together. We ate, we drank, and they are all happy and willing to work.

How has the journey been so far as the DG of this powerful campaign?

Well, it is not an easy task but I thank God I have people and seasoned politicians around me. Some of them are directors heading all the  32 directorates that we have under BOSCO. BOSCO means Babajide  Olusola Sanwo-Olu Campaign Organization.  Each directorate has a director and the director is the head of the directorate, looking after the affairs of designated areas.

You have been tagged as a man of credibility and integrity and class. You are most careful of the choice of people you work with, what can you say about Sanwo-Olu, especially out of many party aspirants?

Babajide Sanwo-Olu is a man of integrity that I respect so much. He has been in government with us for 17 years he came into government when Mr. Femi Pedro became the Deputy Governor to Asiwaju. He was his special adviser. So, he has been with us since then.

After that, he was a Commissioner under Babatunde Raji Fashola SAN, and also before he joined the gubernatorial race, he was the MD of LSDPC. So he is a grounded politician in Lagos State and we believe that he has the capacity to take the state to the next level. That’s why I am happy to be his DG in this campaign because I believe in him and all the politicians in Lagos State believe in him as a candidate that can deliver the expectations of the party and Lagosians at large.

People of Lagos believe in you as a person, and believed your candidate should reflect your personality in deeds and words. Are you sure about Sanwo-Olu’s delivery after the election?

For me to have chosen to be his campaign Director-General, you should know that I so much believe in him. We have other aspirants outside there, and the question is why would Tayo take up the DGship of Babajide Sanwo-Olu. That means there are more to that because I see him as an upright man; he is a man of integrity.

Come 2019, what do you think Sanwo-Olu will do differently, other what we have in Lagos at the moment?

Jide is going to improve on our health sector in Lagos State. He will improve in the construction of roads in Lagos state. We will have good road construction of international standard and he will also improve the educational sector in Lagos State. He will work on the social benefits of the nation, then the area of youths and sports. He will improve on a lot of things for the people of Lagos State. We have a blueprint that all the governors of Lagos State follow and he is going to follow it to the latter.

One of the issues against the current administration is based on his team playing skills, how are we confident about Sanwo-Olu in this aspect?

A lot of people know Sanwo-Olu very well. He’s a nice man. He’s a man of the people and he has touched so many lives, directly or indirectly in Lagos State. You can imagine I took him to visit a leader in Ikeja for consultation and the leader said, “Sanwo-Olu, you don’t need to come to me. You see the paving stone in my compound, you did it for me. But you have forgotten. I am going to support you and I’m going to tell all my leaders and followers to support your administration because we know that you can do it. Sanwo-Olu is going to carry everybody along.

You know, Sanwo-Olu is a party man to the core. Look at what we did today. It has not happened in the history of Lagos State that a flagbearer after winning the primary, will call all the party function, to thank them. That shows the kind of person that we have as our candidate.

Sir, how do you intend to go about your campaign this time?

I assure you, it’s not going to be the regular kind of campaign. It will not be a jamboree type that we will be moving around, dancing and going about with vehicles in the circle. We shall be working from the grassroots. Instead of paying for mobility, logistics, security and all we will use the fund mobilise the people so they will have enough logistics to canvass the people.

Sir, from 1999 up till now, if you notice, every successive government in Lagos comes with a slogan that seems to give us a hint of what the government intends to achieve? We have Eko Onibaje, then Itesiwaju Eko Lojewa logun. Now we have Igbega Ipinle Eko oti di ajumose?

Yes. You see..it is implied. When you say ajumose, it means it is a collective effort for everybody to take the state to the next level. So, that is our slogan, and we have made it to be a unique one, and it symbolizes what the governor intends to do in Lagos.

Who is Tayo Ayinde?

Tayo Ayinde is a politician. I joined Politics in 2009. But before then I was Chief Security Detail to Asiwaju Bola Ahmed Tinubu. For 8 years I was his Chief security detail. That was when I was in SSS. When I retired from SSS in 2009, I joined politics and since then I have been very active in politics and I am a modest person; a man of dignity and integrity. I am a straightforward person.

That is why you see a lot of people around me. I am not the kind of politician that will ask you to go and bring money because you are looking for a position. I will rather help you, provided you are qualified; provided you are capable and have the capacity to hold that position. That is what I look out for. I am not the type that will say go and bring money before you get any position. And that’s why I was made the Director-General for Babajide Sanwo-Olu.

Considering the number of years you have worked with Asiwaju, what kind of person will you say he is?

Asiwaju is a very transparent man. If you noticed, some people have been giving wrong signals about his person, misinforming the public about his person, but they are not true if you meet him personally. It is because of the wrong impression of imposition that made him insist that a direct primary be done.

Direct primary is the situation where all our political party members lined up behind their preferred candidate and vote for him accordingly. And it was this system that produced Babajide Sanwo-Olu as APC gubernatorial aspirant.