Home News Why ROTIMI AGUNSOYE Got A Return Ticket
News 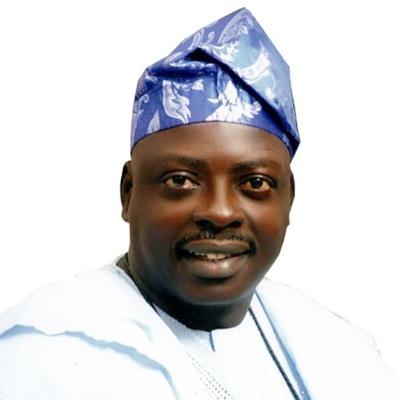 Hon.Prince Oluwarotimi Ojo Agunsoye is the House of Reps member representing KosofeFederal constituency in Lagos. And within that constituency he is very popularborn on April 21, 1962. He had his primary education at the Apostolic PrimarySchool, Ijebu-Ijesha and his Secondary education at Mount Olivet GrammarSchool, Bodija, Ibadan, Oyo State.

He gained admission to the University of Ibadan to read Computer Science and graduated in 1989 with a Bachelor of Science (B.Sc. Hons.) degree. He did his NYSC Programme in Abeokuta, Ogun State between 1990 -1991.

He later a stint with Management Assistant Services Limited between 1992 and 2005. He became a member of the Transition Committee, Ikorodu Local Govt. as the Deputy Executive Secretary/Supervisor for Education in 2002.

Prior to his appointment as the Commissioner for Local Govt. and Chieftaincy Affairs, Lagos State in 2007, he was the Special Adviser to Governor Bola Tinubu on Physical Planning and Urban Development between 2006-2007.  In 2005, he was appointed to the Board of Lagos State Environmental Protection Agency (LASEPA).

While in office, he did not just serve in the Executive Council of Lagos State between 2007 and 2011, he was adjudged to have left a legacy of Excellence based on hardwork in the Ministry of Local Govt. and Chieftaincy Affairs.

The Prince, an astute sports lover, grassroot development expert and apostle of good governance based on the policy of welfarism for all, is a true welfarist to the core with proven record in the hearts of his people. He is a Fellow of the Nigerian Institute of Management (FNIM). He was recently given a title by the Igbo Community in Kosofe Constituency as an appreciation of his exemplary leadership qualities and concern for the welfare of Igbo people in the people community.

During the last election, held on Saturday March 28th, 2015, Hon Prince Rotimi Agunsoye FNIM, contested and won the election into the Federal House of Representatives, Abuja on the platform of the All Progressives Congress (APC), representing Kosofe Federal Constituency, Lagos. With a promise of providing the people of his Constituency, the choice of Quality Representation at the Federal level. Having won their confidence overtime as a grassroot politician, mobiliser capped by his kind – hearted mien. An author, he has written and delivered several papers at different seminars and symposia. This is capped by his book, LOCAL GOVERNMENT ADMINISTRATION: MY REFLECTIONS.

As a member of the National Assembly and representative of the people of Kosofe Federal Constituency, he is a member of various committees in the 8th Assembly such as Defence,  Public Petition, Human Rights, Sports, Civil Society, Diaspora and Delegation with several people oriented bills and national development motions to his credit. He is also a member of the Governing Council of the National Institute of Legislative Studies (NILS). Hon. Agunsoye has extensive background in both private and public sectors. He was the Chairman/Director of Rainman Concepts Ltd, Just My Eyes Ltd and Soft Touch Enterprises. Prior to now, this man of the people has won several awards.

Why ROTIMI AGUNSOYE Got A Return Ticket was last modified: December 8th, 2018 by Reporter

Why I Set Up GMYT Fashion Academy...