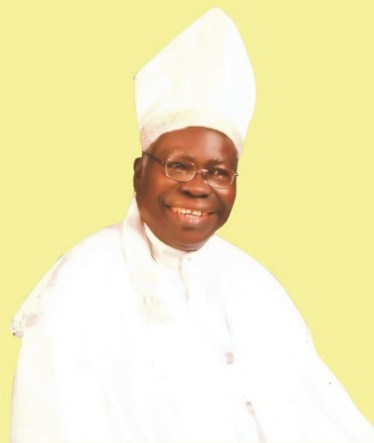 At the just concluded burial of Special Apostle Dickson Awode in Lagos, the members of the C&S Church trooped out in large numbers to be actively involved in the 8 day rite of passage. On each day hundreds of thousands of C&S members came out to be part of the night of songs. This is because until his death at 81 he was one of the respected leaders of the C&S Movement in Nigeria.

Special Apostle Awode was an accomplished Minister of God at every location he found himself throughout his service years at ECN and later NEPA. He was the Organist and Assistant Parish Secretary of Saint Emmanuel UNA Church in Gusua, Zamfara State between May 1961 and September 1964.

Between May 1965 to June 1970 and July 1991 to November 1992, Awode was the Church Organist of Cherubim and Seraphim Church Movement Headquarters in Kaduna.

He was responsible for the electrification of the Church’s Mount Horeb Prayer Camp in Kaduna.

While serving at NEPA Maiduguri between June 1970 and November 1973, Awode worshiped at the Maiduguri Branch of C & S Movement Church. Apart from being an organist, he worked assiduously as the financial secretary of the Church Building Committee and was very instrumental to the building of the Church’s Cathedral.

Between November 1973 and February 1978 while working in Benin on transfer, he did not relent on his spiritual activities.

He worshipped devotedly at the C & S Movement Church Benin where he was the Church Organist.

It appears that Awode has a penchant for supporting construction of Church Cathedral. This explains why he was also involved, as the Secretary of the Building Committee of the Church in Benin. Between February 1978 and November 1981, while working in Makurdi, Awode rescued the C & S Church Makurdi from total closure and disintegration that almost ruined the church.

He spearheaded acquisition of six plots of land on which the present cathedral of the church is order to bring sanity to the church in compliance with directives of the then Spiritual Father, His Grace S.O Kalejaiye. On many occasions, he assumed the leadership role of the church.

Awode was an indefatigable member of the Leader-In -Council of the C & S Church Movement, Ibadan Number 2 Branch. He also played an active role in the efficient running of the church.

When Special Apostle Awode returned to Lagos in September 1985 he continued his service to God at C & S Movement Church, Sabo, Yaba.

Retired but Not Tired: The retirement of Special Apostle Awode has given a fresh impetus to his contributive and supportive roles, he has been playing from day – one, to the sustenance and growth of the Body of Christ.

Chairman and General Leader of C & S Movement Church Victory District, Ikorodu. A Special and Outstanding District with 15 Churches under the District. This was the position he occupied until he rest in the Lord.

He was a Patron and Grand patron of many societies in the Body of Christ.

In the various tributes written about him, all the C&S Church leaders conveyed one major message-he was a true man of God, who served God till the very end.

All the church people who wrote tributes about him mentioned the fact that he was a great man, full of life, very disciplined, upright. They said he taught all his children (biological and spiritual) the way of God. He was described as a good soldier of Christ, a faithful steward in Gods vineyard. They all described him as a man of dignity, honour, spiritual inclination, courage, discipline, full of love, loving everyone that came his way with joy, smile and laughter. Another respected church leader described him as a faithful servant of the most High God. “Under his leadership I learnt a great deal about controlling perceptions, the value of treating people right and the hard knocks of just how much doing what is right can cost in the public areas. “Our late Chairman was an epitome of humanity”, wrote members of his Victory District. They said he was ready to help and he paid several hospital bills of people that are not even close to him at all. Everyone attested to it that he had a passion for the things of God. They said he made personal sacrifices that were daring.

In the early 60, he made a vow to remain a Cherubim & Seraphim Moment till death. They described him as a dedicated Seraph.

READ ALSO: WHY I AM CONTESTING IDANRE/IFEDORE FED CONSTITUENCY SEAT