Why The KUKU Family Is Very Popular In IJEBU-ODE 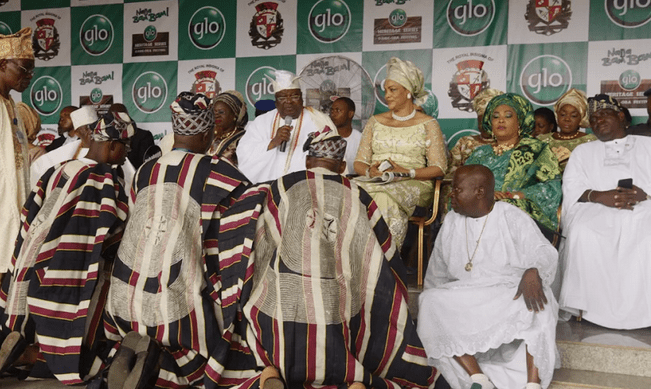 In Ijebu-Ode, the Kuku family is very popular. They are one of the big and prominent families in the ancient town. One of those from the family is Olorogun  Dr. Sunny Kuku, the Olorun 1 of Ijebu-Ode. City People can reveal that the Kuku family is great because of the remarkable reputation of the family patriach of the family, Balogun Bello Kuku (1845-1907). The family has also produced very many successful family members who have excelled in their various fields of endeavour. There is Architect Afolabi Kuku. There is also late Chief Bayo Kuku. Their are others like Alhaji Buraimoh Kuku, Chief S.B. Kuku and Cheif M.A Kuku. Who was late Balogun Bello Kuku? He was one of the Ijebu warlords, just like Balogun Onafowokan Otubu, Odejayi, Saromi and other legends in history.

Lets tell you more. Chief Bello Odueyungbo Kuku was the Balogun of Ijebu-Ode and the pioneer of Islam in Ijebuland. He, as a result was bestowed with the title of Seriki Musulumi of Ijebuland. His role during the 1892 Imagbon War and his relationship with the British accorded him a tumultuous prominence in the communities. His business acumen which was also excellent extended to the Lagos coast. His popularity and influence grew in leaps and bounds in all sections of the Ijebuland and he produced generations that extend across the Ijebu frontiers.

Balogun Odueyungbo Bello Kuku, was the Balogun General of Ijebuland.

His personal achievements economically had no equal. His political achievements, administrative competence and social radiance when put together resulted in what made him a colossus both when alive and in death.

He was showered with maximum care, pampered and spoilt, but these were not enough to deter him from choosing a rough part as a life-time warrior his grandmother wanted him to be a trader. Though he became one but with a difference, a trader that dealt in arms in exchanged for slaves and other materials.

He was a kind and generous business-man, compassionate and broad-minded. He was an epitome of self contentment. He is the only individual that has been decorated as the Balogun General of Ijebuland while his predecessor was still alive. There is not such in history. He was envied and plotted against. Despite the fact that he had enough to oppress and suppress his adversaries he chose peace by excusing himself from the town, first to Okelele in Oru and finally Ibadan (Isale Ijebu) at that time.

His own people again sent for his head, he came to fight but on second thought he left for Ijebu Ife his grandmother’s origin.

Another highpoint that brought him prominence was the defeat he gave Ogunshegun of Ijebu-Igbo.  Bello Odueyungbo saved the Ijebu-Igbo people from Balogun Ogunshegun, he subdued the Ososa rebels.

He stopped blood shed in the quest of the colonials to colonize Ijebu. His exposition, experience and maturity were the magic that resolved the Danosungbo (Imagbon) War.

He rejected kingship of the land offered him on a platter by the Europeans, inrecognition of his sterling qualities.

His social acumen was responsible for the first masterpiece of a building that for hundred years still stand out as a good architectural showpiece. He died a symbolic death, a death that was song for a century later.

He was a friend to the Oba of Lagos, a friend to the colonial master, the conqueror of the Baribas, fearful and fearless. He was religiously historical in person as he moved from Paganism to Christianity and finally Islam.

He single handedly started the Ita-Oba (Ojude Oba) that is being equated with the Brazilian Carnival in Brazil.

The late Chief Bello Odueyungbo Kuku was born in Ijebu-Ode about the year 1845. He belonged to the Mafowoku age group.

Chief Kuku was the only child of his mother, who died a few days after his birth, and so, the duty of his care and up-bringing therefore fell on his grand mother, the Erelu of Ijebu-Ode, and it was for this reason he was named “Kuku” (meaning a Survivor). The name given him by his father was “Odueyungbo”. During the naming ceremony of young Kuku, an Ifa priest soothed as follows:- “Kuku I’olubo nku, Ajiga l’ogun, Alangajiga, Odueyungbo gba agbatan l’orun Alamo to mo ori re, Pele pele lo fi mo. This sooth-saying predicted Chief Kuku’s future life’s achievements, popularity and affluence.

With the two parents’ leading positions in Ijebu-Ode and with their fabulous wealth, it could be easily imagined how much care would be lavished on the motherless child.

tHE young Kuku was the darling and favourite child of both parents and he grew up in most congenial surroundings and was brought up with every care and consideration as was sufficient to spoil many another child born under similar circumstances. But surprisingly enough, this was not so with young Kuku, who, at age 15, cast aside all luxurious attention that was being showered on him and decided to embark on a trade like many other less favoured young men of his age. This decision was a shock to his grandmother, the Erelu, who found it most difficult to reconcile herself with the youngman’s idea of working when there seemed to be no cause to do so.

But after persistent pressure on the part of the boy, his grandmother had no alternative but to yield to his request at

HIS LIFE AS 2ND BALOGUN OF IJEBU-ODE

Young Kuku’s plan was to join the caravan of Ijebu-Ode traders to Ibadan of which some members of the Erelu family formed a part. At that time trade was being carried out partly by barter and partly by cash payment. Slaves formed the greatest part of the barter because the currency in vogue was Cowries which were very heavy to carry if great sales were made, and therefore it was a common sight for a successful trader to return home with as many as a dozen or more slaves depending on the extent of his capital and profit. Necessary capital was provided by the Erelu with reluctance and misgivings and all was eventually set for the pursuit of Kuku’s desire.

Merchandise was purchased and when the time to join the caravan came, the Erelu selected two of her numerous slaves to help both in carrying his luggage to Ibadan and in looking after his welfare.

On arrival at Ibadan with his merchandise, young Kuku was so successful in his trade that not only did he return to Ijebu-Ode happily with many valuable bartered goods and cash, but he also had about 6 slaves in addition. Grandmother Erelu was so delighted with the initial success of her grandchild that she later became an inspiration to his further efforts in trading. Thus, was what subsequently proved to be a most successful life was started and before his grandmother the Erelu died, Kuku had become a very notable and wealthy man. Eventually as a result of his popularity, influence and affluence, he was appointed the second Balogun of Ijebu-Ode to succeed Balogun Otubu, the first Balogun of Ijebu-Ode who, due to old age, had become weak and infirm.

Why The KUKU Family Is Very Popular In IJEBU-ODE was last modified: August 20th, 2018 by Reporter