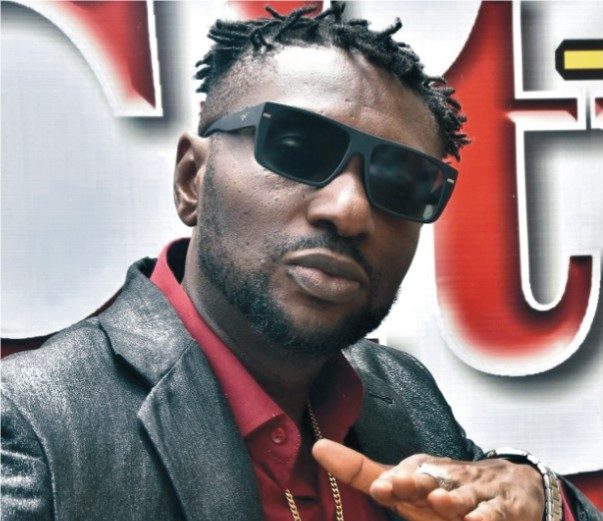 You have been an advocate against copyright infringement?

It’s just that some artists in Nigeria will just take you song regardless, whether they seek permission to sing it or not, and I wasnt feeling cool about it anymore. I spent months and years trying to create, so it’s going to be awkward for you to just take my song and render it.

This was on consent. But it’s only sensible that as I endorsed that you put the song when you register the song and put it in your album, you need to give credit to whom credit is due. It was only normal for him to put ‘ written by Amidu Augustine’, and Innocent Idibia because he added some lyrics to the song after I have given him the right to sing it.

But he didn’t do that, he didnt give me the credit or my name on the song. And the song was used in Phat Girls Movie. There should be some licensed fees that should have been paid. I didnt get any money. They didnt put my name as ‘Written By…” so that my children and grandchildren will come and see that this song was written by their father. He didnt give me any credit.

So they assured me they will correct it. and I said fine. I’ll be waiting for you guys to correct it. It got to a time that my people abroad needed me to sign a document to show that I really wrote the song. I did some songs with them and I gave due credit to them as expected.

And they were shocked that my own people failed to give due credit to me on my own intellectual property. They insisted that I should make them sign a document to show that I really wrote the song with them 50-50.

So I took the document for Tuface to sign, and Tuface signed. So that gave me a 50-50 right on the African Queen and the version that he sang. I sent the document to them and they said they will send me my backdated royalty, and I am still waiting for the backdate royalty till today.

And after that one, while we are still talking about African Queen, Tuface and his manager, Efe Omoregie took another song belonging to me, called Let Somebody Love You. And I was just sitting at my house and watching the TV. and I was shocked, as I listened..Let Somebody Love you..babe I can see you feeling kinda real.. He didn’t even tell me..

You will call me for a phone, my guy I been dey think of recording that your song o,, how you see am? Na so e suppose be when you know sey no be you get sound, But you just used it like that, So when I asked why you like that, he, first of all, said he thought he told me, so I said you did not tell me.

I say Okay now that you know you did not tell me, let’s sit down and talk this thing through, then you begin to dodge me. But instead of coming to the table, they are paying the media to be writing rubbish about me. All because they just want me to have a bad name, so people will not believe me. I just believe cases are not won on social media, the case is won based on fact, and the fact is, you failed to credit me as the writer.

The fact is you did not tell me you wanted to use my other song. These are just facts. Because I don’t have any problem with you now. You do your thing. But you can’t use my song and add your manager’s name and say your manager is also a writer in my own song.

Let him stay as your manager but don’t tell me he also wrote something inside.. did i give him permission to add something to it.. Okay, this is my house and its a storey, did I ask you to build another floor upon it? And later they sued me for defamation for 50 million. For not giving me credit or using my music without my permission.

So we started going to court until the case was thrown out of the window two weeks ago.

Can You And Tuface ever be friends again?
Certainly, we are cool. We are still friends, but I just want to do me now. I have crossed the bridge. He is good too. He just released an Album now. He should keep doing his thing. For now, I need my little liberty for now.

Why We Had Issue Over The African Queen Song – BlackFaceNaija Tells The Real Story was last modified: March 13th, 2020 by Reporter