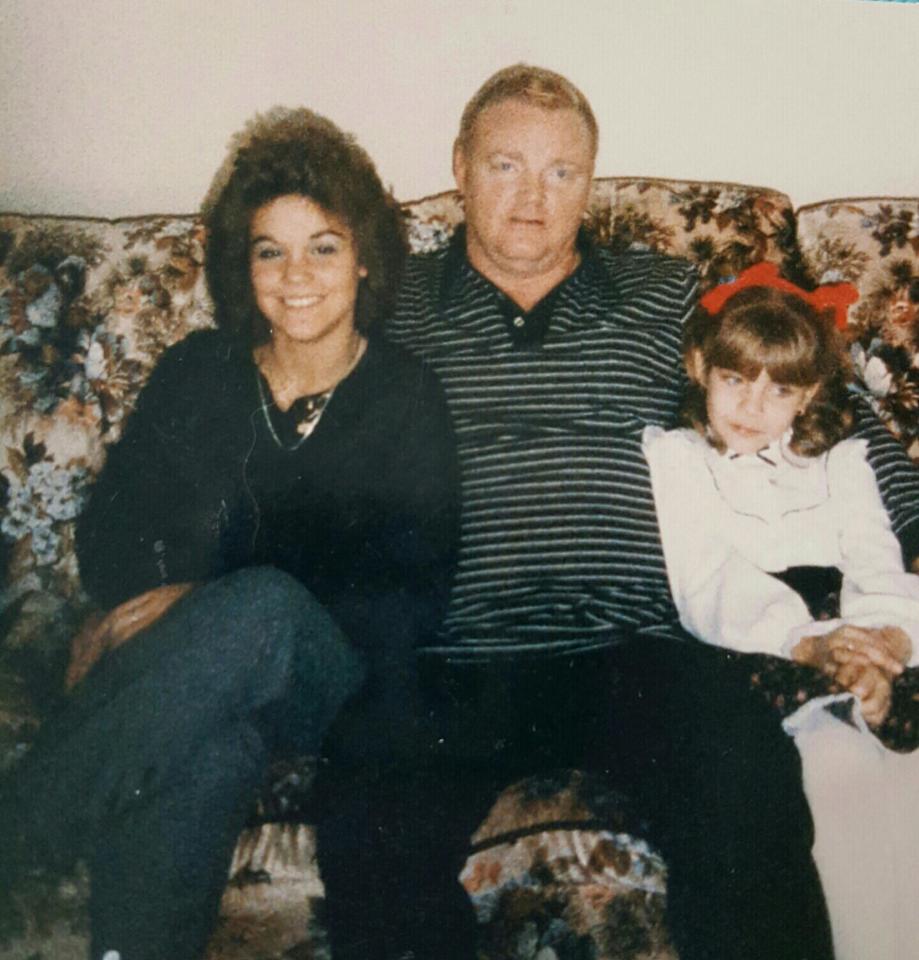 Cheryl Cuccio, a woman who hired a hit man to kill her father, who she says was r*ping her up to three times a day has revealed her shocking story of survival.
According to The Sun UK, Cheryl Cuccio, now 48, hopes her story will help other victims.
Cheryl, from Long Island, New York, was a 16-year-old high school cheerleader at the time of the murder that stunned her community.
She says her father James Pierson – who was 6ft 2 and weighed roughly 23 stone – would hit her if she didn’t have s*x with him.
The mum-of-two said: “There was no saying no to him. There was no fighting it.
“The more I fought it or rejected him he would get angry or punch or slap me.
“It just got to the point where you’d just let him do it because the more you fought it the longer it took, the more aggressive he got, the more it hurt.”
Cheryl is finally opening up about her heartbreaking story in Incest, Murder and a Miracle: The True Story Behind the Cheryl Pierson Murder-For-Hire Headlines – a book she co-wrote with her husband Rob and writer Morgan St. James.
In the memoir, she reveals that her nightmare began when she was just 10 – shortly after her mother Cathleen was hospitalised for months at a time with kidney problems.
That’s when she said her dad started to pay more attention to her.
Cheryl, whose younger sister JoAnn was two at the time, added: “We really didn’t spend too much time together [before] because he did a lot of sports with my older brother Jimmy.
However, things soon changed when her mum got sick.
She said: “He always watched TV in his bedroom and then it was, ‘Let me teach you the baseball games.’”
The electrician also started fondling his daughter in the car on trips to and from the hospital.
At first Cheryl was so young she “didn’t know it was wrong.”
She continued: “But I just remember a point where it was just getting uncomfortable and I knew something wasn’t right.”
By the time her mum died in February 1985 she was a teenager having sex with her father – too terrified to tell anyone else.
Cheryl added: “He always told me that no one would ever believe me.”
Cheryl also claims that her father also threatened to move on to her sister if she didn’t obey his sick demands.
She finally admitted what was going on to her boyfriend Rob, then 18, in December 1985 after he guessed.
Tormented that her dead mum was looking down from heaven seeing her have sex with her dad, she was overwhelmed with stress and fear.
So when she heard a news report about a woman who hired a hit man to kill her abusive husband, she thought that might be her way out.
She said: “Back in the 80s you didn’t hear of incest or of people going to jail [for it]. That’s the first time I heard of anything happening like that.
“Maybe if I heard the story that the guy was arrested and went to jail, maybe I would have told somebody, but that’s not what I heard.”
The next day she mentioned the story to her classmate Sean Pica who said he would do it for $1,000 (£773).
Cheryl added: “Rationally I don’t know what I was thinking if he [would] ever do it. I was hoping the problem would be solved.”
On February 6, 1986 she found her father lying face-down in the snow in the driveway of their home. The 42-year-old had been shot five times in the head and chest.
A week later, Cheryl, Sean and Rob (who had helped her pay the teen hit man) were arrested.
In the end, they all received sentences. Rob was given probation after pleading guilty to criminal solicitation.
Sean, 18, who pled guilty to manslaughter, received a 24-year prison sentence and was released in 2002.
Cheryl, then a juvenile, pled guilty to the same charge and received a six-month jail sentence.
Three decades later – despite being happily married to Rob for nearly 29 years and having two adult daughters – she says she still suffers from flashbacks of the abuse and seeing her dad’s dead body.
But after being too afraid to speak up as teen in 2012 she found the courage to stand up to authority when her husband had a near fatal heart attack.
ER doctors were ready to give up on him after he had no pulse for 30 minutes until Cheryl demanded that they work on Rob some more.
Now, 49, the oncology nurse was revived after being effectively dead for 43 minutes.
Cheryl firmly believes that she was there to save Rob’s life after he spent his saving her.
Now, she plans to use that voice to help other sex abuse survivors with their book and blog of the same name.
Cheryl, who says she has spoken to up to 500 victims since December, says: “I tell them never to blame themselves because it’s not their fault.
“Abuse and incest do not define them. It doesn’t have to ruin their life…There’s so much more good if you just keep going.”
Woman Raped by Her Own Father 3 Times a Day From the Age of 10 Hires Assassin to Kill Him was last modified: August 31st, 2017 by Arinze Ago