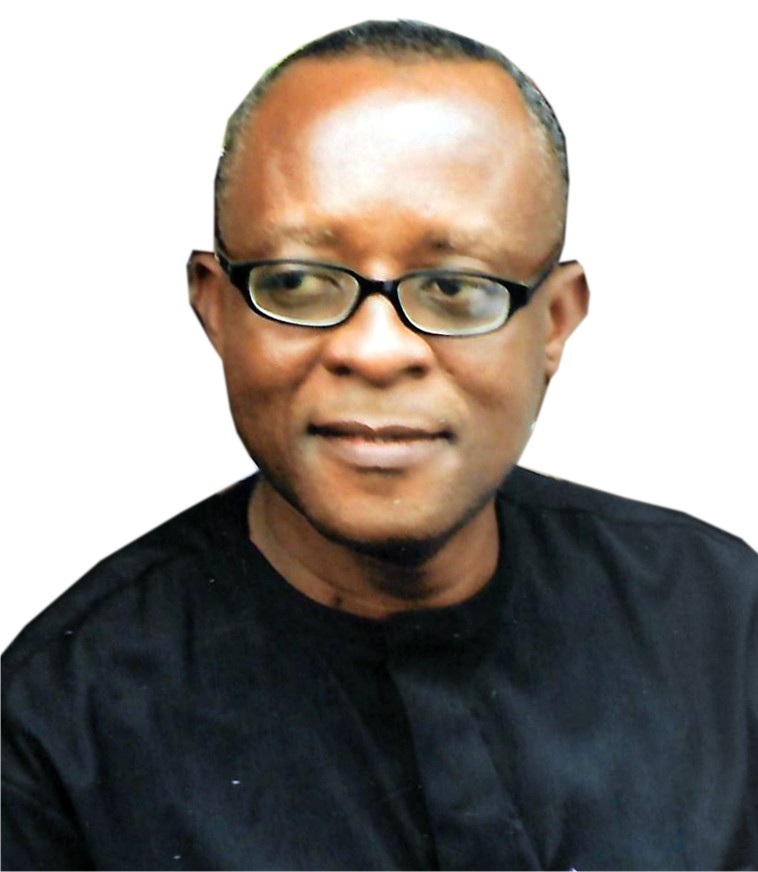 The propagation of the right attitudes that could elicit positive responses to implementation of Government policies at the nooks and crannies of the federation is the responsibility of the National Orientation Agency (NOA). On 2nd January 2019, Barrister Young Ayo Tamuno, the acting State Director of (NOA) in Rivers state, exclusively told City People Port Harcourt Bureau Chief,  EMEKA AMAEFULA, how prepared his agency is on  mass enlightenment of people on the imminent general elections, come February 16th and March 2, 2019.

He has  worked at the National Assembly in Abuja where he helped nurse the democratic institutions, especially the legislative arm of the government. He remains a Research Fellow in Social Science and his deep knowledge about the law makes Tamuno one of the most sought after consultant in drafting Bills for law makers. Below are excerpts of the interview.

How has it been since you assumed duties as the acting State Director of National Orientation Agency in Rivers State?

It has been quite busy and quite challenging. But there is no excuse. For challenges, we just have to perform especially given the facts that we are moving towards the general elections, the first being the Presidential and National Assembly Elections which is on 16th of February, 2019 and thereafter Governorship and state House of  Assembly elections that will take place on the 2nd of March, 2019.So, it has been a busy period going about to sensitise, going to enlighten the citizens, especially on  political education . So, we have been on the road, in fact, for the last six months, we have intensified our campaigns in Rivers state.

When it comes to elections, Rivers State is a hot-spot and people get scared, what have been your duties in terms of talking to the youths who are most vulnerable?

Part of what we are doing is to partner with youth organisations. You will observe that most of the Civil Society groups have youths as members. So, you have to go to  them through Faith-base organizations where many youths are very active. But we also know that there is also the informal sector of youths that you  have to deal with particularly in states like Rivers, where cult activities still steaming. So, there must be a way of getting across to them and to do that we are partnering with security organisations to get to them.

We can’t leave out the NDLEA too to stem use of drugs.

So, we are getting across to them through enlightenment programmes. And it should be persuasive, if you persuade drug abusers they would  queue into your scheme and  you can now reform them.  That is part of what we are doing.

We have extended our programmm to some schools and our main target is behavioural modifications to dissuade pupils  from social vices. And so we have our school programmes. Our field officers are always  on the roads and in some of the places that are hard to reach.

There are 23 local government areas in Rivers State. Do you have offices in most of the places?

Looking at the background of most of the  vulnerable youths, they are not educated, so what are the modes of enlightenment for them by your field officers?

I will not completely agree with you that they are not educated. Some of the boys are very educated and part of what they have alluded to, which we also do not agree with, is that it is poverty. Poverty that induced their bad behavior our does not induce anybody to get involved in crime.  There are quite a number of activities\programmes now by the Federal Government. So, if you are out-of School and you need a job, there are activities such as the N-POWER Programme  that may benefit you. And we cannot allude to poverty because even at the primary  school level, we have The Home School Feeding system. And we have a number of Skill Acquisition programmes that have been put in place  by the Federal government for secondary school produce. Right now, as we speak, there are those benefiting from  the programme on  Technology called N-TECH. Some of them are under going training in Benin that is the South-South candidates who  are qualified under the LARGER SOCIAL INVESTMENT Programme. They are being trained right now in Benin Edo State that is for N-TECH.And we have some who  are for N-BUILD. They are being trained by Technical Universities such as the Rivers State University of Science and Technology now Rivers State University and Bori Polytechnic including the Port Harcourt Polytechnic. Most boys who are  involved in the programmes are School Certificate (O’Levels) holders. We are appealing to them very strongly to train and look for gainful employment.

Government cannot employ everybody and that is why government has come up with some of this Skills Acquisition programmes, so that when you are properly trained, you can also employ some other people and you become an employer of labour. That way, economy grows. .And you as a player become self-reliant. So, that is the dream. We get across to the informal youths, the language is very simple, but you have to reach out to them. Some of them are in very -hard -to -reach communities s there are some communities. And we are also using our Chief Orientation and Mobilisation officers to reach some of these people.

Women are said to be easily bought over in terms of Vote Buying by politicians, how do you persuade them not to go along that line of misbehaviour?

Is it only the women who talk about vote buying? They constitute the largest population of voters. You also know that they are the most marginalised in terms of vulnerability. I do not agree that it is necessarily women who  are most vulnerable but what I can say is that they are the people who are most cheated. They are cheated right from their home. If they have different opinions from their husbands and they want to vote according to their consent. They are intimidated and that is why you see an organization like Gender and Development Action, which is being sponsored by the United States of America (USA)- based National Democratic Institution partnering with National Orientation Agency -NOA right now especially on the subject matter of Violence Against Women In Politics. They call it –VAWIP. We are partnering with them and we have had some major training programmes with them. We had training with them on the 21st and 22nd of December, 2018. They trained all the Chief Orientation and Mobilisation Officers. The training was also extended to the Community Women Mobilisers from the 23 Local Government Area one per Local Government Area. One COMO and One Women Mobiliser were  trained for two days in two batches. And that training was very successful. Right now, we are fast-tracking that training to see that it is properly mainstreamed into the communities to ensure that women are respected. Right from the campaign ground, women should be respected. And at the voting booth too, women should also be respected. But I did not agree that women are the most vulnerable victims of vote buying.

Tell us about your working and academic background?

This is my primary assignment as a staff of the NOA. I have been on it since January 4th1990. So I have also had some good exposure. The last I had before I came here was  at the National Assembly, Abuja where I worked as a Senior Legislative Aide for a period of 7-years.

I have also been involved in quite a number of Community-based activities such  as an NGO person. And in the Old Rivers Forum, I was the general Secretary for about 13years before Bayelsa was created and we transferred the forum to Niger Delta Forum. In the Niger Delta Forum, I rose to Executive Director of the Group. And I have also had quite a number of professional engagements. I was Personal Assistant (P.A) to Chief Harold Dappa Bariye of blessed memory from 1994 to 1999 and that exposed me to 1994/1995 Justice Adolphus Karibi National Constitutional Conference  as the late Chief Dappa Bariye was not an elected delegate, but he was an envoy of the Rivers state Government to provide guidance for the Rivers state delegates who  were there. And after that, during the 2010 “VISION 2020 CONFERENCE” he was a member of the Vision 2010 Conference and I was also his Special Assistant in that Conference.

Take us back to your academic background?

I am a Lawyer. I hold LL.B Bachelor’s Degree in Law and also Doctorate of Philosophy Degree PhD in Political Science. I am already at a very advanced stage of my PhD THESIS at the University of Port Harcourt.

As an enlightenment Agency official how do you moderate the conduct of the gladiators in politics for the forthcoming general elections in terms of their utterances during electioneering campaigns?

First you have to look at our methodology. Our approach first is persuasive as you know we are in a democracy. We are very much averse to the languages that are being used.  We have held  campaigns, ROUND TABLES, with some political parties in the state on their utterances trying to dissuade them from Hate Speeches. That is why there are enlightenment programmes within the state in terms of political actors.  You see that in conventional media, print and electronic broadcast media if you listen to Newspaper review every morning and you observe people’s reaction you would  know that people are informed. There is also traditional Media that the ones that we have at the grassroots using local languages. The town criers, and so on.

We also have the Social Media that are very active.

Women Are Most Cheated When It Comes To Voting – Bae Tamuno was last modified: February 13th, 2019 by Emeka Amaefula