Home Entertainment When I Won Star Quest in 2002, Harrysong Was Still in the Village – Kcee
Entertainment 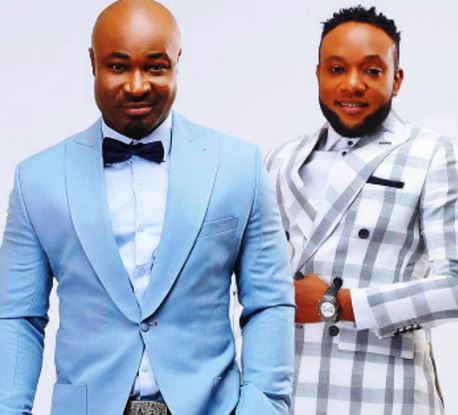 Kcee Limpopo appears to have added salt to a fresh injury as he took a swipe at his warring former colleague, Harrysong who claims be the backbone of the former’s music career.

KCee was on the TakeOver show with Moet Abebe and he didn’t mince words as he spoke on a sundry of issues including falling-out-and-back-again relationship with Harrysong.
Kcee who was accused to stealing the ‘money picture’ of an American Instagram user also spoke about his plans to release an album in two months.
However, what has become a trending issue on social media is his response to the question of Harrysong’s claim that he wrote all the songs at Five Star Music.
Kcee revealing Wizkid wrote the hook for ‘Pull Over’ and Harrysong didn’t contribute used the juncture to confirm the latter’s exit to float his label – AlterPlate .
Kcee however demeaned Harrysong by claiming that when he won the StarQuest competition in 2002, Harrysong was still in the village and looking at this without sentiments.
Source: Sound City
When I Won Star Quest in 2002, Harrysong Was Still in the Village – Kcee was last modified: May 25th, 2017 by Arinze Ago