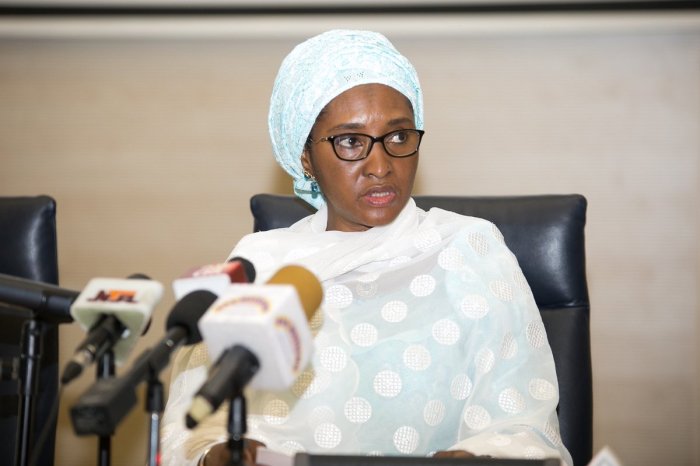 Zainab Ahmed, the minister of finance, on Tuesday February 4, 2020, has explained that the Federal Government decided to approach the China-Exim Bank for $17 billion loan when other lending institutions like the World Bank and the African Development Bank, AfDB, were not forthcoming on the matter.

Babatunde Fashola, the minister of work and housing; minister of information and culture, Lai Mohammed; and minister of state for transportation, Gbemisola Saraki; also gave explanations on the importance of the projects that would be funded with the loan.

Mohammed Bello, the federal capital territory, FCT, minister, also explained that the $470 million he requested would be used for rail projects.

The ministers spoke to the Senate while defending the decision of President Muhammadu Buhari to borrow $29.96 billion to fund critical infrastructure across the country.

The finance minister said the 8th National Assembly had approved about $6 billion for the Federal Government out of the $29.96 billion leaving a balance of $22.8 billion.

Ahmed told the Senate Committee on Local and Foreign Loans that the federal and some state governments were jointly requesting the loans from various lending institutions.

She said the bulk of the loan, about $17 billion, would come from the China-Exim Bank while others would come lending institutions like the Islamic Development Bank, IDB.

The minister maintained that the country had no issue with its current debt profile, but with its dwindling revenue, which could not fund the various projects expected to meaningfully impact in the lives of Nigerians.

She said, “The funds would be channelled to the funding of infrastructure which will enhance the productivity of our economy.

Other projects are in the heath care and education. It also included projects for the rehabilitation of the North East geopolitical zone.

“The facilities will support the setting up of the Development Bank of Nigeria through some development finance institutions in Nigeria to provide funds for small and medium size enterprises, SMEs.

This will make access to finance by SMEs easier, help them to grow and help more Nigerians to come out of poverty.”