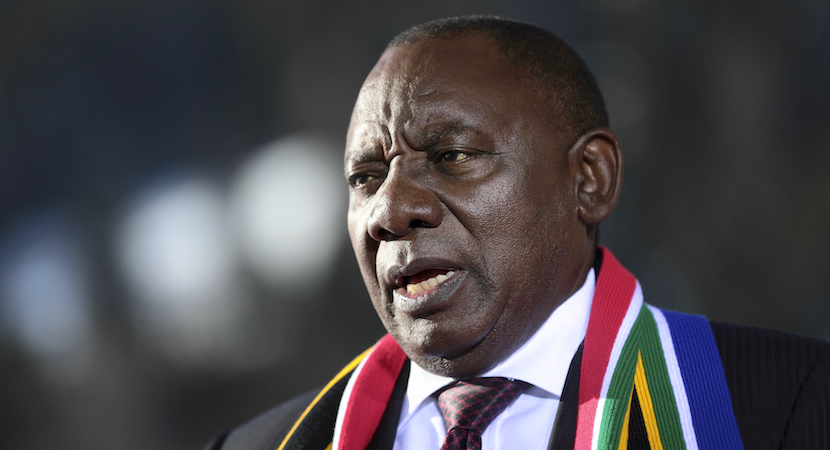 South African President, Cyril Ramaphosa, on Tuesday, condemned the recent attack on Nigerians and other foreign nationals in the country.

Ramaphosa, in a tweet on his official Twitter page, said there is no justification for the attack on foreign nationals.

He was reacting the looting and burning of businesses and property belonging to foreigners in South Africa which began on Sunday.

He said, ”I condemn the violence that has been spreading around a number of our provinces in the strongest terms. I’m convening the ministers in the security cluster today to make sure that we keep a close eye on these acts of wanton violence and find ways of stopping them.

”The people of our country want to live in harmony; whatever concerns or grievances we may have, we need to handle them in a democratic way.

”There can be no justification for any South African to attack people from other countries,”he added